Ireland snatched victory over the Wallabies in Sydney in a pulsating match to win the deciding Test and win the Series 2-1.

The Qantas Wallabies fell agonisingly short of the series victory after Ireland prevailed 20-16 in a pulsating third and deciding Test match in front of a new ground record crowd of 44,085 at Allianz Stadium in Sydney on Saturday night.

Australia twice took the lead early in the contest, but went into the main break trailing by three as Ireland’s points accumulator Johnny Sexton nailed four penalty attempts in the opening half while both sides lost their captain to injury and had a player sent to the sin bin.

Wallabies skipper Michael Hooper left the field in the 16th minute with a hamstring injury, and Irish captain Peter O’Mahony joined him on the sidelines 15 minutes later when he fell hard after leaping for the ball from a restart.

Irish man-of-the-match CJ Stander broke through for the first try off a maul in the 44th minute which gave the visitors their biggest buffer of the match, 17-9.

The Wallabies response was strong as they dug deep and with an injection of fresh legs from the bench, most notably through replacement hooker Tolu Latu who delivered a powerhouse performance in attack and defence, the home side began to win the arm wrestle.

The lift in intensity soon reaped rewards, after Marika Koroibete beat a defender and carried Sexton over the line with brute strength after gathering Bernard Foley’s cross-field kick.

A controversial late Sexton penalty pushed the Irish lead back out to four, but the Wallabies launched one final raid after regathering the restart. After surging down field and pressing the Irish line with numbers to the right, a long ball from Foley found touch as the final siren sounded. French referee Pascal Gauzere sent it up to the TMO to check whether it had been touched by an Irish defender, but Aussie hopes were crushed when he ruled the vision inconclusive. 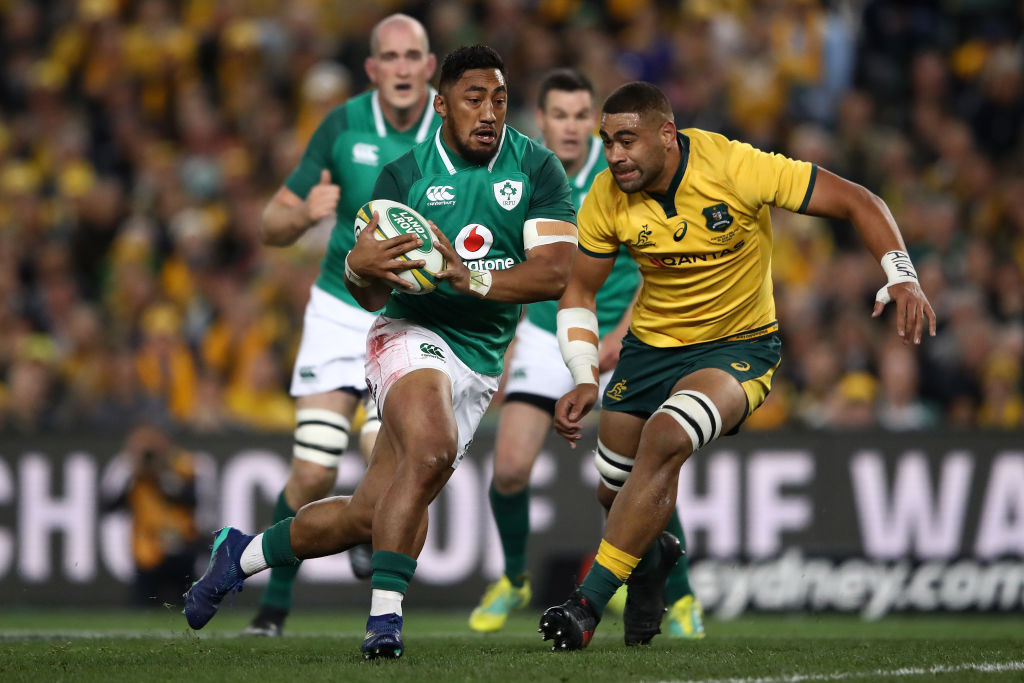