They didn't lack for effort but  Reds suffered their third straight defeat  as they went down 28-17 to the Waratahs at the Allianz Stadium.

Flyhalf Bryce Hegarty had an early opportunity to put the Reds 3-0 up but missed his shot at the posts, and instead it was the Waratahs who took a 6-0 lead after just 10 minutes courtesy of two Bernard Foley penalty kicks in quick succession.

The hosts were applying most of the early pressure, and the Reds found themselves reduced to 14 men when JP Smith was yellow-carded for an infringement in the strike zone as they scrambled in defence.

It took the Waratahs just one minute to capitalise on their advantage from an attacking line-out, as flank Ned Hanigan ground the ball over the line after two strong runs, duly converted by Foley for a 13-0 lead.

Impressively, the Reds were able to hit back in the 27th minute despite still being a man down, as center Samu Kerevi picked up a loose ball at pace, spotted an opening and powered over the line from close range before Hegarty added the extras. The Reds had been on the attack after Waratahs lock Jed Holloway was penalised for a deliberate knockdown close to the tryline.

Foley would slot his third penalty of the night in the 36th minute to give the Waratahs a 16-7 lead, but the Reds soon had their second try of the evening thanks to some smart passing in the backline that ended with winger Chris Feauai-Sautia crossing over after Kerevi drew in a couple of defenders and released him.

That meant the Waratahs led just 16-12 at the break, but they would retake the initiative just one minute into the second-half when Curtis Rona scored his side's second try after Kurtley Beale cut open the Reds with a great run and freed up him down the left wing.

As the second half progressed, the Reds were enjoying a lot of possession, forcing their opponents to make almost three times as many tackles as they were, but the Waratahs defence was managing to hold out.

The visitors finally got the score they were looking for in the 66th minute, however, with a clever kick through allowing winger Sefanaia Naivalu to pick up the ball and run all the way to the tryline.

It was now just a four-point game after the conversion was missed, but the Waratahs responded with their third try of the night just five minutes later courtesy of substitute Alex Newsome, who was able to scythe through the defence on the angle after some strong team play in the build-up.

The try was converted to give the Waratahs a 28-17 lead and that finally seemed to take the fight out of the Reds, who had no choice but to surrender to yet another loss as they remained rooted at the bottom of the Australian Conference table. 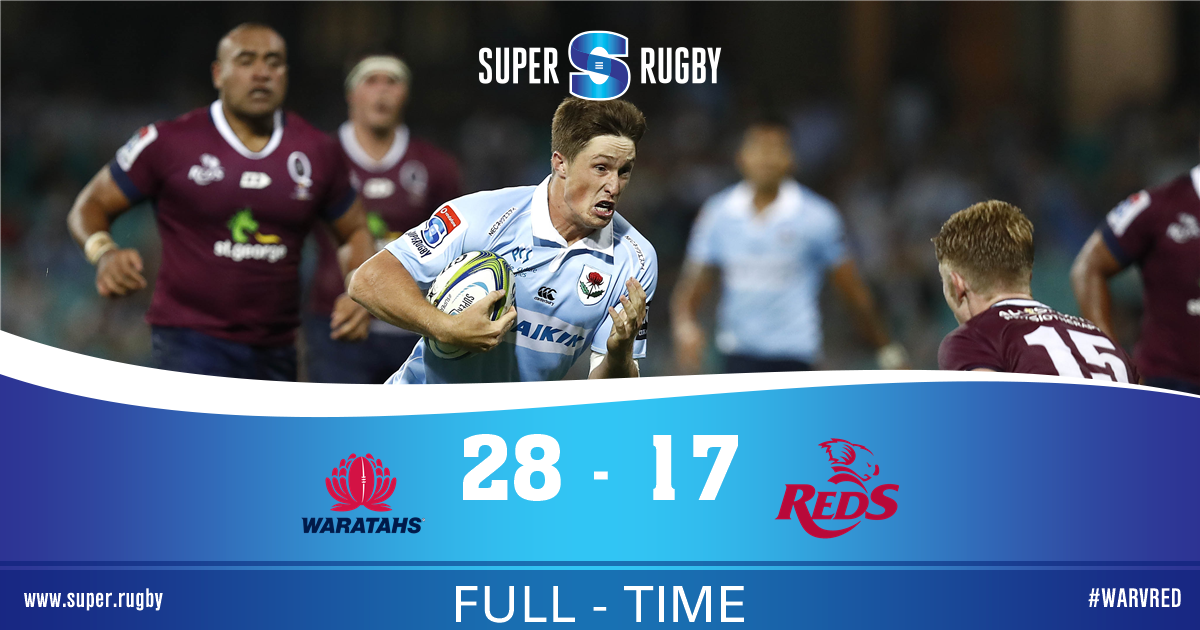