The Reds beat the Brumbies 31-14 in their Super Rugby clash played in Brisbane on Sunday, with the hosts securing a bonus point in the process.

The home team were clinical in all aspects as they put their Australian counterparts to the sword.

The Reds were leading 10-0 at the half-time time through a Scott Higginbotham try, with the number eight powering over line, while fly-half Bryce Hegarty landed a penalty.

The Brumbies made the almost perfect start to the second half as Henry Speight went over in the corner but it was just a minor setback for the hosts as they hit back with two tries through Chris Feauai-Sautia and Tate McDermott.

The manner of the five-pointers would have been pleasing for the Reds' coaching staff as both efforts came from long-range and showed what they are capable of when they keep ball in hand.

With the home team 24-7 to the good, the Brumbies reduced the deficit through a Jahrome Brown try but the Reds then ran away towards the end, and claimed a valuable bonus-point, when Hegarty and Brandon Paenga-Amosa scored late in the game.

The victory moved the Reds to up one place to 4th in the Australian conference while the Brumbies stay in third place. 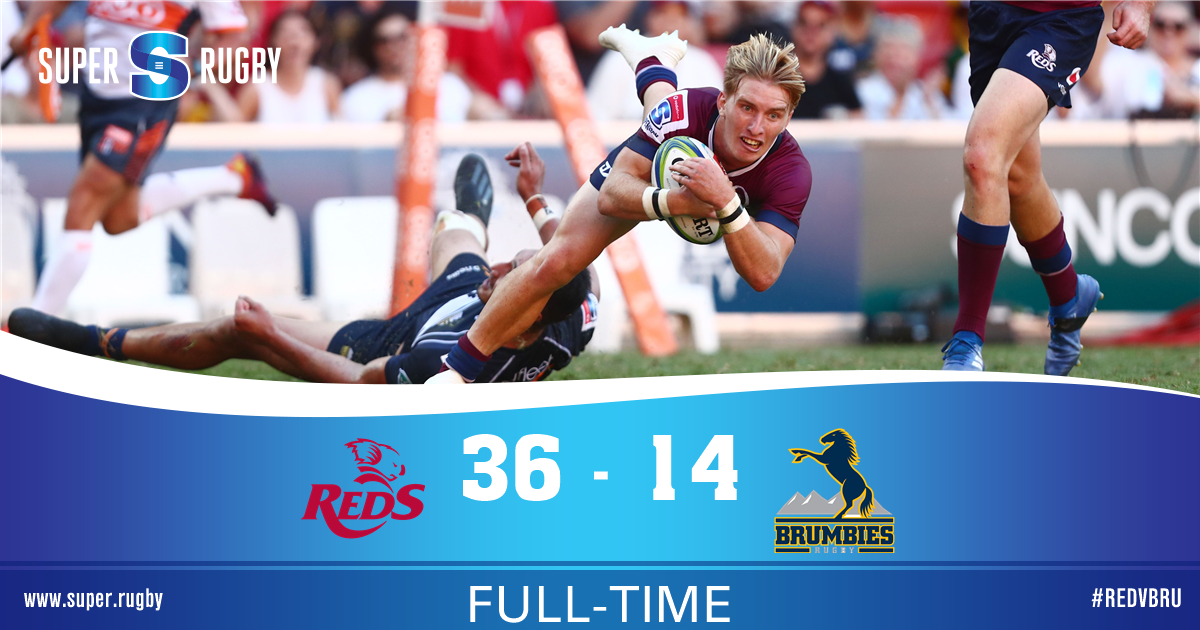