The Stormers kept their faint playoff hopes alive with a 31-18 victory over the Sunwolves at Newlands on Saturday.

However, the Cape Town side will be disappointed to have missed out on a bonus point.

The Sunwolves had more of the territory in the opening exchanges and won a penalty after Ernst van Rhyn was penalised for playing the man in the air at the lineout. Hayden Parker slotted it between the posts for a 3-0 lead with just over ten minutes gone.

Soon after, Sunwolves number eight Ben Gunter gave away the penalty for not releasing and Jean-Luc du Plessis kicked for the corner. From the resulting lineout, Bongi Mbonambi broke off the back of the driving maul and finished superbly. Du Plessis added the extras to make it 7-3 to the home side.

The Stormers had their second try on the half-hour mark. Dan Kriel stole the ball brilliantly off Josh Timu in the midfield before the ball was spread out wide right to Craig Barry who had the gas to finish in the corner. Du Plessis made no mistake with the conversion.

Parker kicked his second penalty goal shortly before the half-time break after the home side were penalised at scrum time to cut the deficit to eight heading in to the interval.

The Sunwolves' defence held firm at the beginning of the second until it was breached in the 54th minute when Stormers number eight Jaco Coetzee wasn't held in the tackle and he was able to get up and show an impressive turn of pace to streak away over the whitewash.

The visitors hit back on the hour mark. Akihito Yamada got a brilliant offload away while falling to the ground for Semisi Masirewa, who scythed through the Stormers defence and dived in under the poles. Parker's conversion made it 13-21.

With eight minutes to go, man-of-the-match Coetzee grabbed his brace when he dotted down at the back of a well-worked driving maul after the visitors had been penalised for Tom Rowe not rolling away and the Stormers had kicked for the corner.

The Japanese outfit responded with a sublime team try shortly afterwards. Having generated quick ruck ball, the ball was moved in slick fashion across the backline for Masirewa to bolt in over the line on the overlap down the right-hand side.

The Stormers pushed for the bonus point in the closing stages, but to no avail. 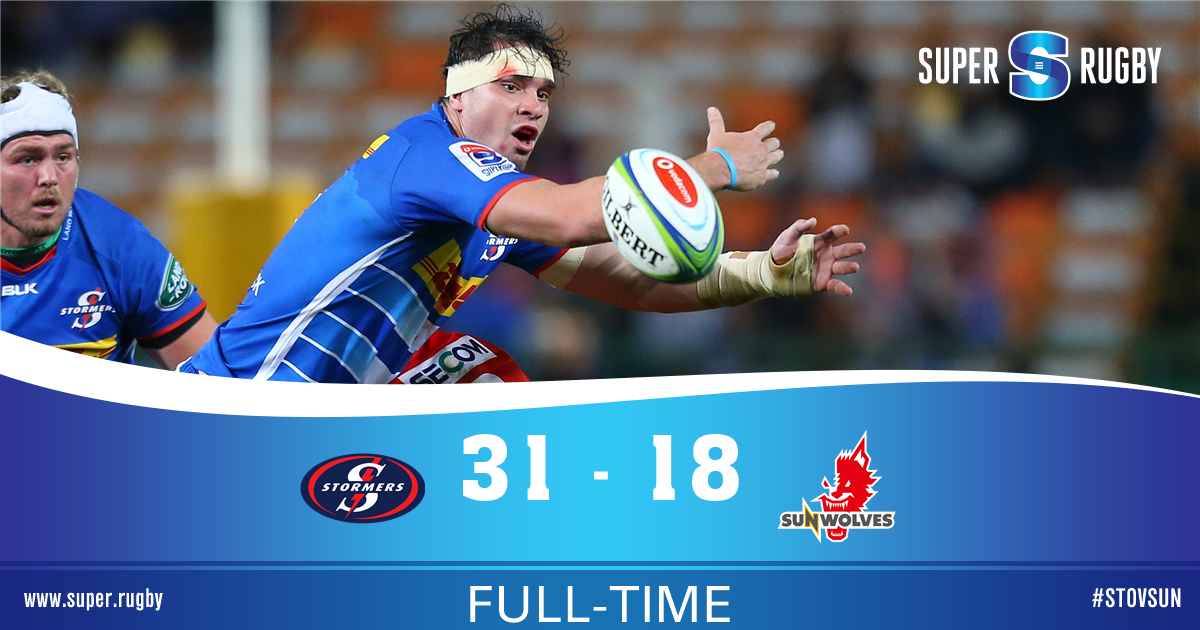