The bonus-point win for the New Zealand side was not enough for a spot in the final though with the Highlanders and Blues set to play for the trophy.

The Chiefs started their onslaught on the home team early on Saturday as left wing Wainui ran in for a try in the second minute of the game.

The speedster then crossed for his second in the 15th minute, finishing off inthe left-hand corner after a long pass from flyhalf Bryn Gatland.

Gatland converted both tries as the New Zealand side were 14-0 up at that stage.

The Chiefs were reduced to 14 men in the 28th minute when flank Lachlan Boshier was shown a yellow card after repeated infringements as the Waratahs was attacking the try line.

The Australian outfit took advantage of being a man to the good and reduced the deficit in the 34th minute when fullback Mark Nawaqanitawase showed good control to pick out a cross-kick from Will Harrison and dot down.

There was only seven points between the teams at the halftime break but the Chiefs extended their lead soon after the interval as Wainui went in for his hat-trick in the 45th minute.

Just seven minutes later, the Chiefs launched an attack from deep that included good hands from forwards and backs and saw Wainui score again and Gatland adding his fourth conversion.

The Chiefs were again reduced to 14 men in the 64th minute when lock Tupou Vaa'i was adjudged to have made contact with the head of Waratahs scrumhalf Jack Grant in a tackle.

Despite being a man down, the New Zealand outfit went in for their fifth try of the game in the 70th minute when replacement forward Tom Florence dotted down in the right-hand corner and fullback Kaleb Trask adding the conversion.

The Chiefs ended the match with a flourish as Wanui became the first player from the franchise to score five tries in a match as he dived over in injury time to make the final score 40-7. 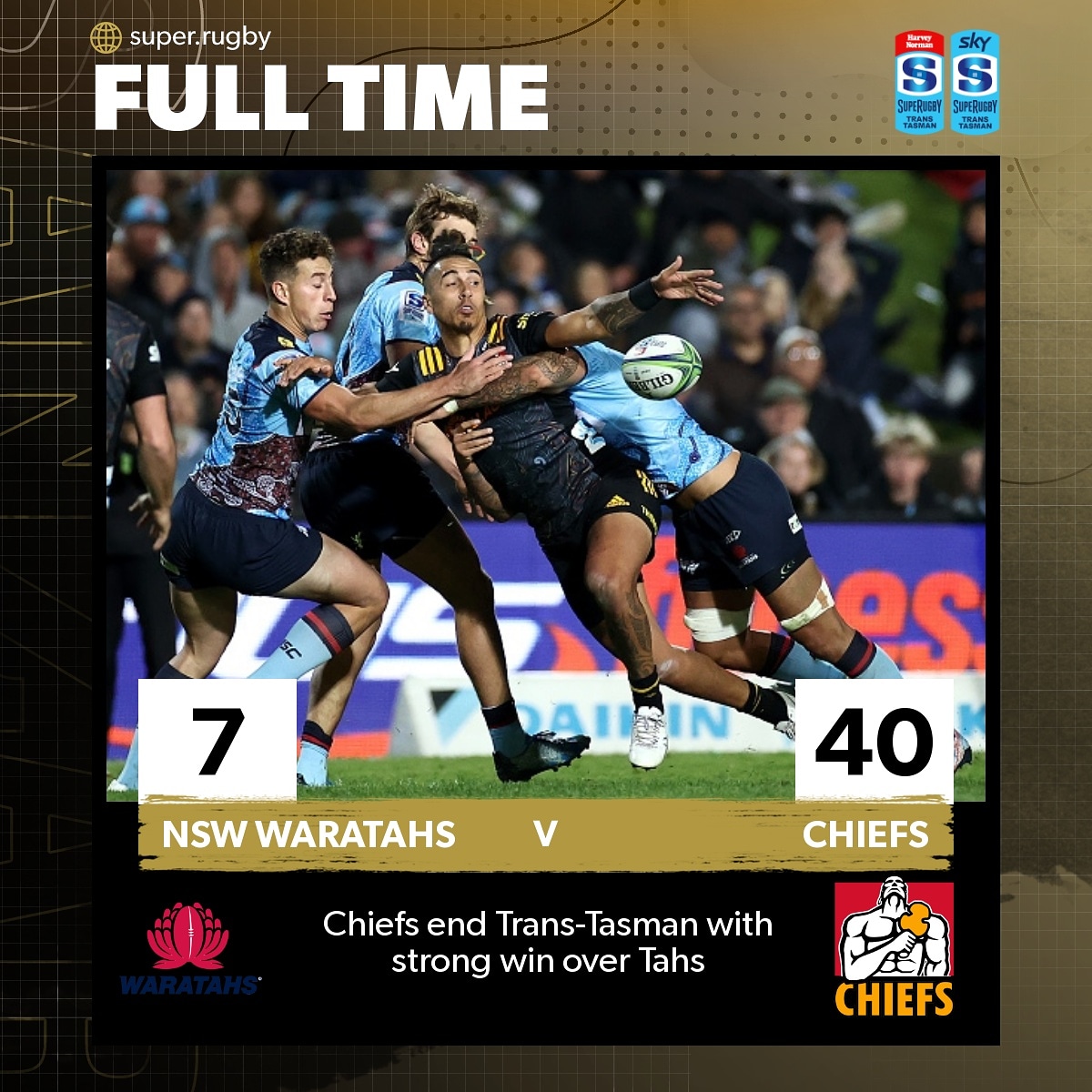