Anticipation has started to build for the inaugural Super Rugby Pacific after the draw was confirmed for the 2022 season.

Teams and fans alike are starting to pick out their key matches as they look to establish themselves in the new format.

'Super Round Melbourne' looms as a major innovation for the competition, which looks to kick off with some big matchups as they return to more family-friendly times.

With this in mind, here are 10 of the major matchups set to shape Super Rugby Pacific

Round One - Moana Pasifika v Brumbies

The opening round will be a historic weekend for Moana Pasifika and Fijian Drua as they play their first Super Rugby games.

In particular, the Pasifika’s first home game against Australian powerhouses Brumbies will be a perfect test to show where they are in regards to the rest of the competition.

The Brumbies were just seconds away from securing back-to-back Super Rugby AU titles and will be keen to build off their Trans-Tasman victory over the Hurricanes in round four.

It will likely be a battle of old v new as club legend Christian Lealiifano looks set to lead the Pasifika against Wallabies young gun Noah Lolesio.

In the inaugural Super Round at AAMI Park, the match of the round looms as the Reds take on the Crusaders.

The fixture between the two champions was the marquee matchup of the Trans-Tasman competition, however, the Reds were stunned by a first-half onslaught as they were dominated 63-28 on home soil.

This will have them primed for revenge as they head to Melbourne for what will be a festival of Rugby.

The Crusaders come in hungrier than ever after missing the Trans-Tasman finals despite not losing a game, adding Pumas hero Pablo Matera to an imposing forward pack.

This match always delivers thrillers and 2021 was no exception.

In all three matchups last season, the Reds pulled off stunning comebacks to steal victory at the end, highlighted by their after-the-siren victory in the AU final.

With both teams establishing themselves as the benchmarks of Australian Rugby, the battle for supremacy has supercharged the rivalry between the two sides and will be a major indicator of where both teams' finals aspirations lie.

The Chiefs will have to wait until round seven to get their shot at the Crusaders after the Aotearoa defeat.

Clayton McMillan formally takes over as coach from Warren Gatland and will need a strong showing to establish the Chiefs as a team to watch after they were one of two Kiwi teams to lose in Trans-Tasman.

They also begin life without the inspirational Damian McKenzie, needing the likes of Josh Ioane and Bryn Gatland to step up to guide them home.

You can generally throw the form guide out when the Reds face the Waratahs such is the nature of the rivalry between the two sides.

The Reds dominated their two fixtures in 2021, however, Waratahs fans will be quick to remind them of the 45-12 drubbing they handed them in 2020.

NSW will be fired up for this contest as always under new coach Darren Coleman, who will be hoping to begin their revival after a winless season. 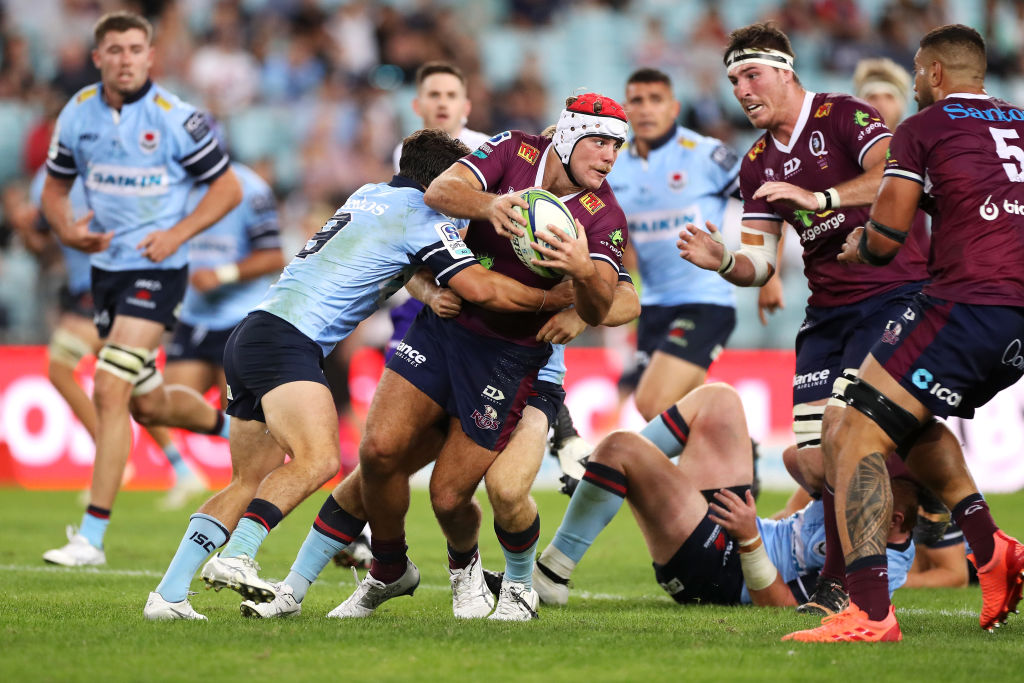 The first match up between the two new franchises will be an encounter fixture as both teams look to establish dominance.

The Fijian Drua have recruited nicely, bringing in a host of exciting talent with Olympic and national experience.

Meanwhile, the Pasifika are slowly building a roster largely from the wealth of talent in the NRC and will test teams under coach Aaron Mauger

Whilst both teams match up as part of Super Round, it’s their Round 11 fixtures at Eden Park which could have major ramifications for the run home.

Both teams were the standouts from the shortened Trans Tasman season and deserved to be the final, eventually won by the Blues.

The hosts welcome back Beuaden Barrett from Japan and by this stage, they will have a decent read on cross-code recruit Roger Tuivasa Sheck, who comes over from NRL with plenty of hype.

Meanwhile, the Highlanders will be keen to go one better as they welcome back Tony Brown from Japan duties.

To close out the season, the Rebels will welcome the Force to AAMI Park in what will likely have significant implications for the finals.

In the past two seasons, both teams have found themselves fighting for the third and final position for the AU finals, with the Force breaking their drought in 2021.

As part of the expanded eight-team finals series, expect both teams to be in the hunt coming right down to the end, adding another element to an already deep rivalry between the two sides as a result of their inter-connected history.