The Blues claimed a 24-9 win over Stormers in their Super Rugby clash in Auckland on Saturday despite a late red card for Tanielu Tele’a.

Despite having the bulk of the territory and possession, the Stormers made too many errors on attack and the Blues eventually outscored them by three tries to none with Tele’a, Otere Black and Rieko Ioane crossing the whitewash and Black also slotted three conversions and a penalty.

For the Stormers, Jean-Luc du Plessis succeeded with three penalties.

The visitors started the game brightly and seemed to catch the Blues by surprise by opting to run the ball from all areas of the field.

That tactic reaped little reward, however, and despite spending long periods camped inside the Blues’ half during the game’s early stages, they only held a 6-0 point lead by the half-hour mark courtesy of two penalties from Du Plessis.

Although they were under the cosh for most of the early stages of the half, the Blues came to life shortly after Du Plessis’ second penalty when Tele’a crossed for the opening try in spectacular fashion.

This, after Rieko Ioane launched an attack from midway between the Blues’ 22 and the halfway line. He got a pass out to Tele’a, who shrugged off a couple of defenders on his way over the try-line.

Otere Black slotted the conversion and added a penalty in the 38th minute which meant the Blues led 10-6 at half-time.

The Stormers were fastest out of the blocks in the second half and after another penalty from Du Plessis narrowed the Blues’ lead to a point, Josh Stander crossed the whitewash in the 48th minute but his effort was disallowed when television replays revealed a forward pass from Steven Kitshoff in the build-up.

In the 63rd minute, Sonny Bill Williams left his stamp on the match with a trademark offload to Black deep inside the Stormers’ 22 before the fly-half went over under the posts.

Five minutes later, Tele’a received his marching orders when he tackled Dillyn Leyds in the air but despite their numerical disadvantage, the Blues finished stronger and sealed their bonus-point win when Rieko Ioane crossed for their third try in the 75th minute. 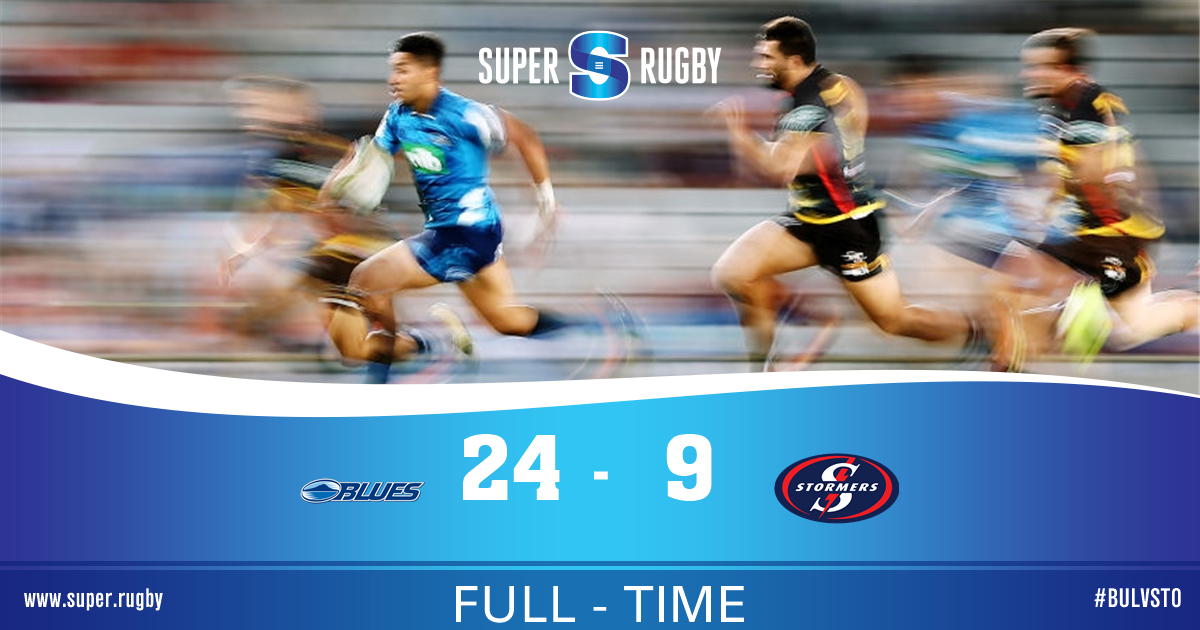