The fixtures for the 'domestic' Super Rugby Aotearoa and Australia (AU) 2021 tournaments have been released.

New Zealand Rugby (NZR) has announced the draw for Sky Super Rugby Aotearoa 2021 with 10 weeks of derby matches to kick off on 26 February next year and finish with a winner-takes-all Final for the Tū Kōtahi Aotearoa trophy.

All 21 Sky Super Rugby Aotearoa matches including a Final on Saturday, 8 May, will be live and exclusive via new competition naming rights sponsor Sky.

“We saw how exciting this home and away format was last year, and all five teams now know what’s required to compete and win every week. With the availability of the All Blacks locked in for round one there are going to be fireworks from the opening whistle."

“It’s fantastic to have some certainty for fans, players and partners after what’s been a year of uncertainty. Confirming the 2021 draw is a significant milestone and a positive step for rugby in New Zealand and we’re thrilled to have our broadcast partner Sky come on board as naming rights sponsor. We’ve listened to the fans and our players and added a Final, which we think will provide a fitting climax to the competition,” Lendrum said.

Each team will have four home matches and two byes with the Final between the top two qualifying teams scheduled for Saturday, 8 May. NZR Head of High Performance Mike Anthony confirmed the All Blacks would be available from Round 1.

Lendrum also confirmed NZR is working closely with Rugby Australia on a trans-Tasman competition and would announce details shortly. 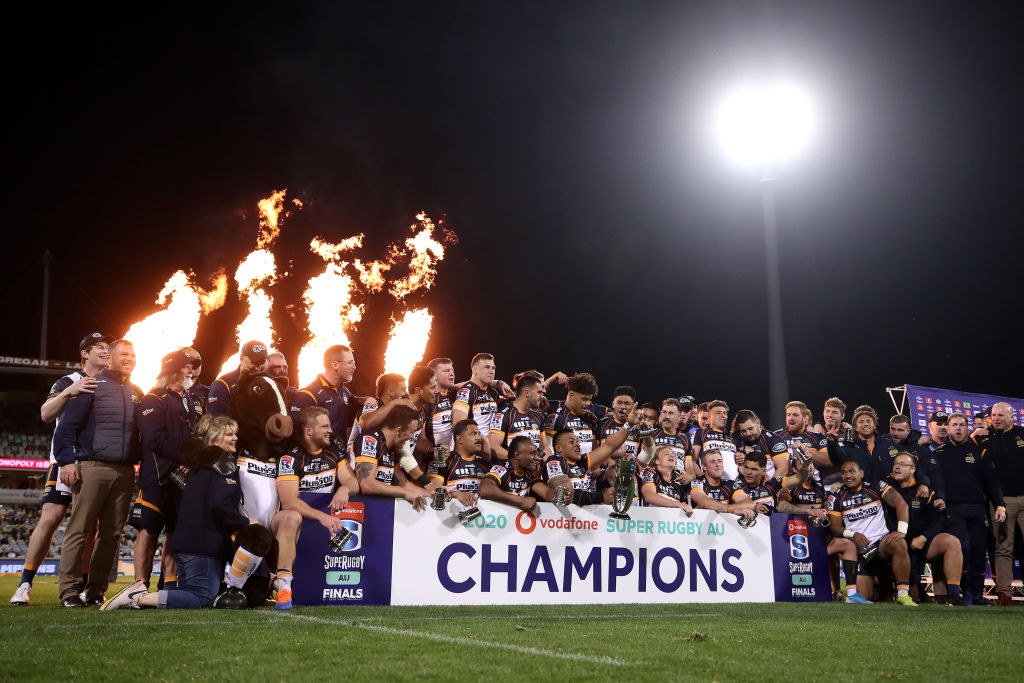 The Brumbies won the inaugural Super Rugby AU in 2020

Rugby Australia has also announced the 2021 Super Rugby AU season draw with 22 games over 12 action-packed weekends, kicking off on 19 February and concluding with the Final on 8 May. The Final once again will be hosted by the team that finishes top of the ladder after the 10-round regular season, and they will play the winner of a two-versus-three Qualifying Final in the decider.

All 22 matches in the tournament will be live and on demand, ad-free, through Stan’s new streaming sport package which will launch in 2021. One match each round, including the Finals Series, will also be simulcast live free-to-air on the Nine Network.

The season will start with a bang on Friday 19 February with a huge doubleheader starting with a clash between two old foes, as the Queensland Reds host the NSW Waratahs at Brisbane’s Suncorp Stadium. Then, later that night, attention will shift to Australia’s west coast as the Western Force host the 2020 Super Rugby champions, the Brumbies.

Rugby Australia interim Chief Executive, Rob Clarke said: “Super Rugby AU was terrific in 2020 and will get better next year as this next crop of Australian Rugby stars continue to develop, and they are complimented by some genuinely talented international players who have since arrived on our shores. The 2021 season promises to be a great one for Australians fans with every game in primetime and with the added support of our new partners, Stan and Nine."