A Force To Be Reckoned With

The Western Force are back! It is a tough ask but the men from the West will be pumped and eager to impress as we check their previous Super Rugby form...

The remaining teams of the Australian contingent will not have forgotten what they’ll be up against when they face the Force, though, with all four of the Brumbies, Rebels, Reds, and NSW Waratahs having extensive experience against them.

The NSW Waratahs will be the first team to tussle with the renewed Force and few squads can boast as good a record as them. 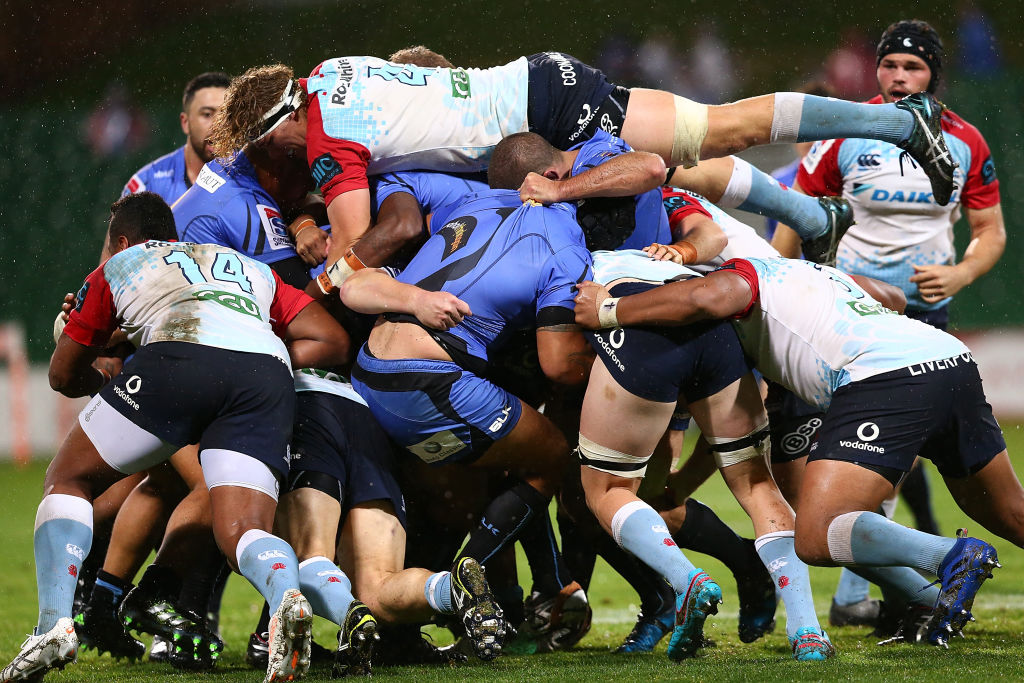 The Brumbies look set to be the most formidable foe for the Force overall in this year’s tournament. Not only have they won more games against them than any other side (13), but they also boast the best win rate against them of any Australian club (72%).

The Force will be positively salivating over their next clash with the Reds, though. It looms as the best chance for the returning team to snag maximum points given that they are the only Australian side against whom they have won more than 50% of their total games played. In fact, the Reds are one of only three teams in Super Rugby history against whom the Force have faced more than once and won more than half their total games (Highlanders, Lions).

The Rebels’ Matt Toomua sprang back into point-scoring form in the opening round of the Super Rugby AU tournament, bagging a game-high tally of 13 points against the Brumbies. It is his second consecutive Super Rugby game of 10+ points and signals that he could be one of the premier scorers against the fresh-faced Force this season. 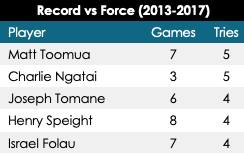 Not only is he in strong point-scoring form overall, but he has been one of the most effective players at finding the try line against the Force. Toomua scored five tries in seven games against the Force in the last five years that they were active in Super Rugby competitions. No player scored more against them in that time, while his tally of five was more than any other Australian player.