All About Support Play

Often the difference between a break leading to a try or becoming just another half-chance is the willingness of teammates to run effective support lines to help keep the play alive.

Super Rugby is filled with quality support runners whose work off the ball has created countless tries in 2019. The Chiefs have been the most effective team overall at supporting an initial ball carrier, being the only team to make 100+ support carries this season, although it is the Blues who have gained the most metres from those carries, making 808 in total – 60 metres more than any other side.

Another New Zealand-based team hold the edge, however, when it comes to making breaks and scoring tries from those support lines, the Crusaders having made 39 breaks and crossing the try line on 14 occasions – both competition-highs in 2019. That said, the Reds could argue they’ve been the most efficient team with their support carries, having crossed the try line 11 times in total, just three fewer than the Crusaders. However, the Reds have amassed that total from just 68 support carries, meaning they’ve gone on to cross the whitewash from every 6.2 support carries, the best rate of any team. 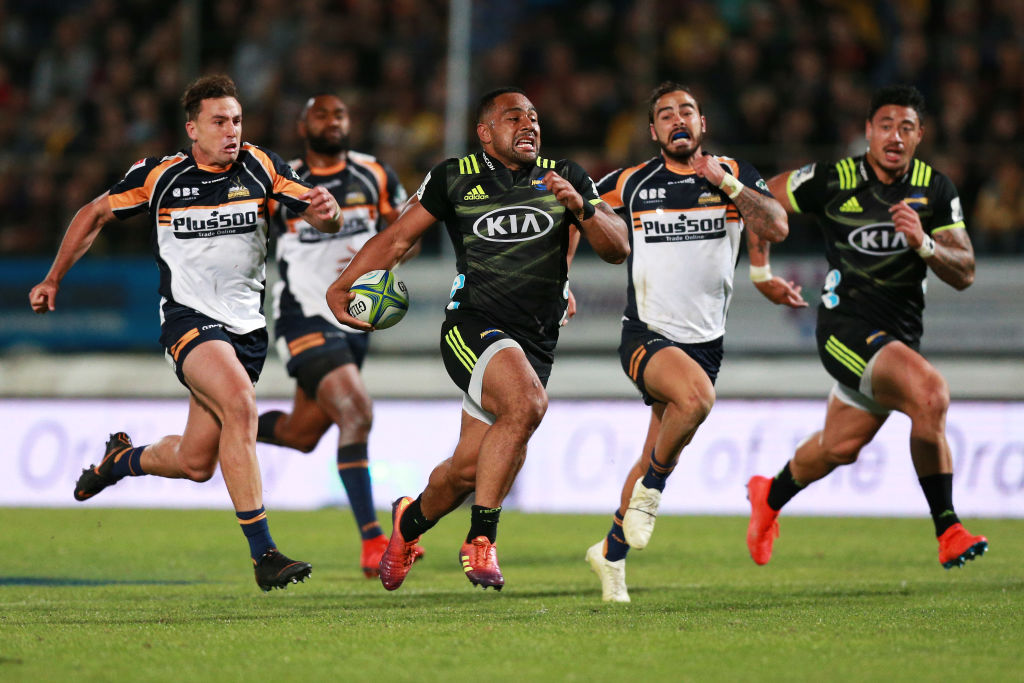 Of course, it often comes down to personnel and some players have a brilliant understanding of the game when it comes to reading the play and running intelligent trail lines. The Sharks’ Makazole Mapimpi is one such player and has made the most support carries in total this season, although arguably the most effective trail runner this season has been the Hurricanes’ Ngani Laumape who has gained the most metres from support carries but also made the joint most breaks and scored the joint most tries.

It’s not just the backs who can run effective lines off a teammate’s shoulder, with the forwards also getting in on the act too. Although no forward has got over the try line more than once following a support carry, the Highlanders’ Shannon Frizell (76 metres) and the Blues’ Tom Robinson (4 breaks) have both posted impressive tallies for support metres and breaks this campaign, showing that running a good line isn’t just about speed but about a willingness to be in the right area.