All Gain, No Pain

When it comes to rolling across the gain line this season, it’s an Australian team who have risen above the pack...

Indeed, it is the Melbourne Rebels who have been the most effective team at penetrating through the defence and breaching the advantage line in Super Rugby 2019. The Victorians have carried past the gain line on 56% of their total carries this season, two percentage points clear of any other team in the competition.

The Blues, Brumbies, and Bulls (each on 54%) are the only teams within arm’s length of the Melbourne Rebels, with the Blues the only squad of the top four not set to feature in the post-season. 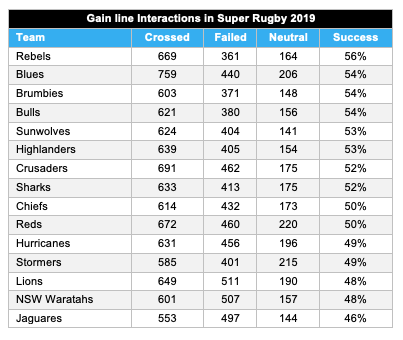 The Sunwolves’ enterprising brand of rugby sees them feature highly on this table as well. It may not have translated to regular wins, but the improvement is certainly there for the Japanese side that have broken through the gain line with 53% of all their carries this season.

When we asses what teams have done with their advantageous carries the picture becomes a little clearer – particularly for the Sunwolves, who have scored fewer tries (17) on carries over the gain line than any other squad. 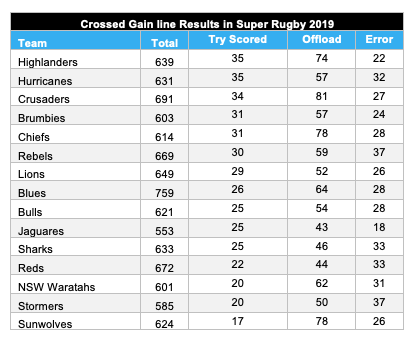 Similarly, the Stormers will have plenty to improve on if they’re to make a deep run into the finals. The Cape Town side have scored 20 tries (the second fewest) and made 37 errors (the joint-most) on carries over the gain line in Super Rugby 2019, ranking them above only the Sunwolves overall. 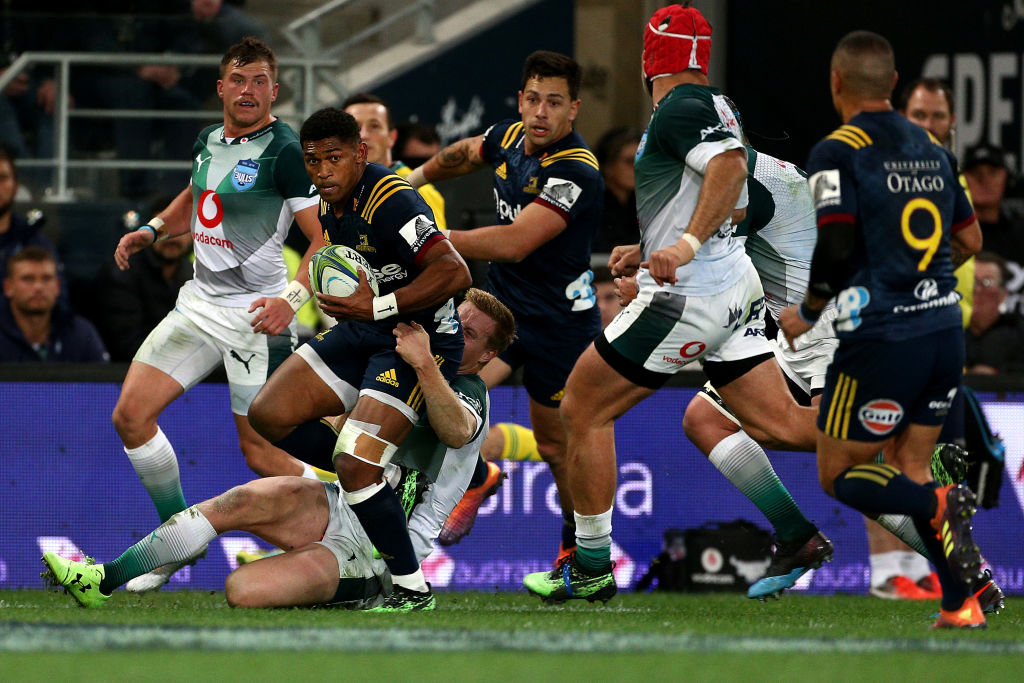 New Zealand trio the Highlanders (35 - pictured), Hurricanes (35), and Crusaders (34) have basked in the most bounty from their carries over the gain line this season, scoring more tries from such carries than any other teams in the competition.

The Brumbies (31), Chiefs (31), and Rebels (30) aren’t far behind in this regard, however, and all six of those top ranked teams bar the Chiefs are well placed to stake their claim at lifting the Super Rugby trophy for 2019.