All New Zealand, All Good

The 10-round Super Rugby Aotearoa tournament delivered big time with plenty of action, drama and sublime rugby on display as All Blacks went head-to-head...

The New Zealand contingent of Super Rugby have always been reliable for exhilarating, entertaining, and close encounters and with Super Rugby Aotearoa wrapped up as of last weekend it’s time we took a look at the tale of the tape to see if they’re continuing to bring their collective best to the table.

In fact, the all-New Zealand experiment served up one of the closest iterations of the competition to date when it comes to New Zealand against New Zealand affairs. 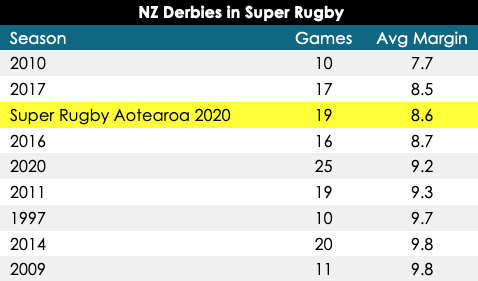 There was an average of just 8.6 points per game between the two teams in any given game in Super Rugby Aotearoa. Compared to all seasons prior, it’s the third closest that the New Zealand teams have been to one another in a Super Rugby season.

The 2010 campaign stands tall among the lot as the most closely fought Super Rugby season in New Zealand derbies, with 2017’s figure of 8.5 points per game as the average margin only slightly beating Super Rugby Aotearoa. 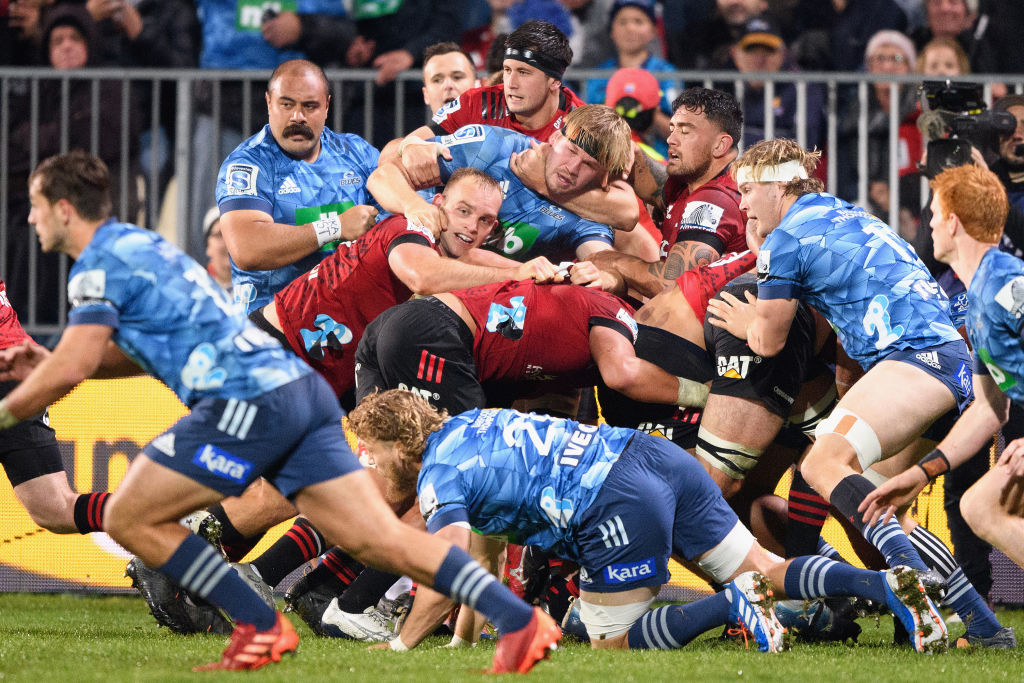 The 2018 (13.7pts) and 2019 (11.2pts) saw the gap between the best and the rest of the New Zealand teams stretch out beyond a truly competitive range, but the challenge of facing an all-New Zealand competition in Super Rugby Aotearoa has brought the five teams closer than ever.

The shrinking of margin has unsurprisingly come at the cost of total tries per game, but not in a big way. Super Rugby Aotearoa saw an average of nearly six tries per game which, while lower than the blowout 2018 and 2019 seasons, is more than any of the campaigns between 2011 and 2017.

Improved opposition defence has seen offloads tail off in 2020 in New Zealand derbies, but that has come with the silver lining of fewer turnovers conceded per game in a matching decline on seasons prior to 2020.

Ill-discipline has reared its head in other areas, though. Both Super Rugby 2020 (22.5) and Super Rugby Aotearoa (22) saw more penalties conceded per game than any of the nine Super Rugby campaigns that had come before them.