NZ Rugby has announced the Crusaders Sky Super Rugby Aotearoa Round 2 match against the Hurricanes will be delayed by one day in a bid to allow fans to attend the match.

Originally scheduled for Saturday, 6 March, the Crusaders v Hurricanes match will now kick off at 4.35pm on Sunday, 7 March at Orangetheory Stadium in Christchurch.

The new date would allow fans to attend the match, provided New Zealand’s current COVID alert levels do not last more than their scheduled seven days.

The Government moved Auckland to level 3 and the rest of New Zealand to level 2 on Sunday morning with the restrictions in place until Saturday, 6 March. Sky Super Rugby Aotearoa matches will be played without crowds at level 2.

“Nobody wants to play in an empty stadium and the opportunity to move the match 24 hours seems like the right thing to do for the Crusaders, their fans, and their players.”

Consideration had also been given to moving the Chiefs round 2 Friday night home match against the Highlanders to Sunday afternoon, but on balance it was agreed only one of the two matches could be moved and that Christchurch was the preference. 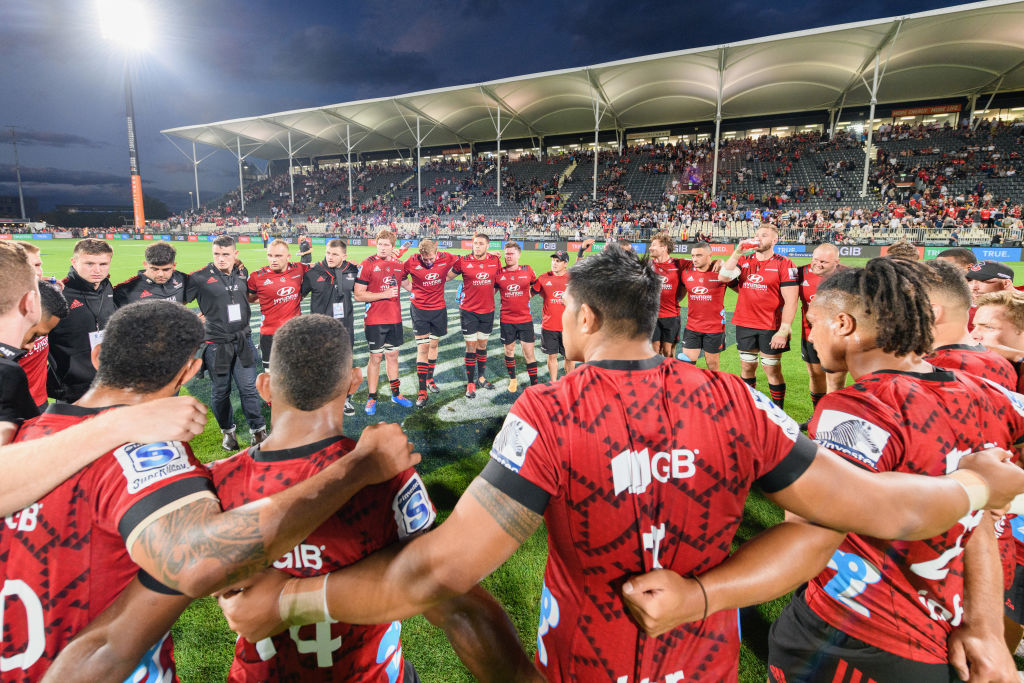 “We are fortunate our broadcast partner Sky does an incredible job bringing Sky Super Rugby Aotearoa to our fans and the match will provide some welcome Friday night entertainment, hopefully as we near the end of the latest round of COVID restrictions.”

Crusaders Chief Executive Colin Mansbridge said the change was a great result and another example of rugby working together in difficult times.

“Our fans mean a lot to our club and to our players and if there was an opportunity to have our community there for our first home match of the season then we were always going to take it.

“It’s a credit to the Hurricanes and to Sky for making this happen so quickly and as we’ve seen throughout COVID our rugby whānau have quickly come together for the good of the game.”

Gallagher Chiefs Chief Executive Michael Collins said he was disappointed for the club’s loyal fans but understood the reasons for moving just one of the two matches to Sunday.

“It’s a tricky situation, but when it comes to COVID we are all committed to doing the right thing and taking a zero-risk approach to the health and safety of our fans, which means no crowds at level 2. We looked closely at the possibility of playing on Sunday, but in the end we understood the rationale for only moving one match.