Aotearoa Team of the Tournament

It was an exceptional 10-round tournament that was won by Crusaders... so who made the team of the tournament?

The Crusader's dynasty marches on it seems with the men from Canterbury winning their fourth straight tournament. They lost just the one match to the Hurricanes and won the 'first past the post' tournament with a round to spare - which is probably just as well since their last match against the Blues was cancelled due to government-imposed travel and public COVID-19 restrictions following an Auckland outbreak in August.

The Crusaders supply five players to the team of the tournament as do the Blues who finished in second place six points behind the winners after suffering two defeats. The Blues provide half of the pack including the impressive No.8 Hoskins Sotutu [pictured below] and their captain and lock Patrick Tuipulotu. In third were the Hurricanes who have two players in the team including fire-brand centre Ngani Laumape despite him missing the last few rounds through injury. 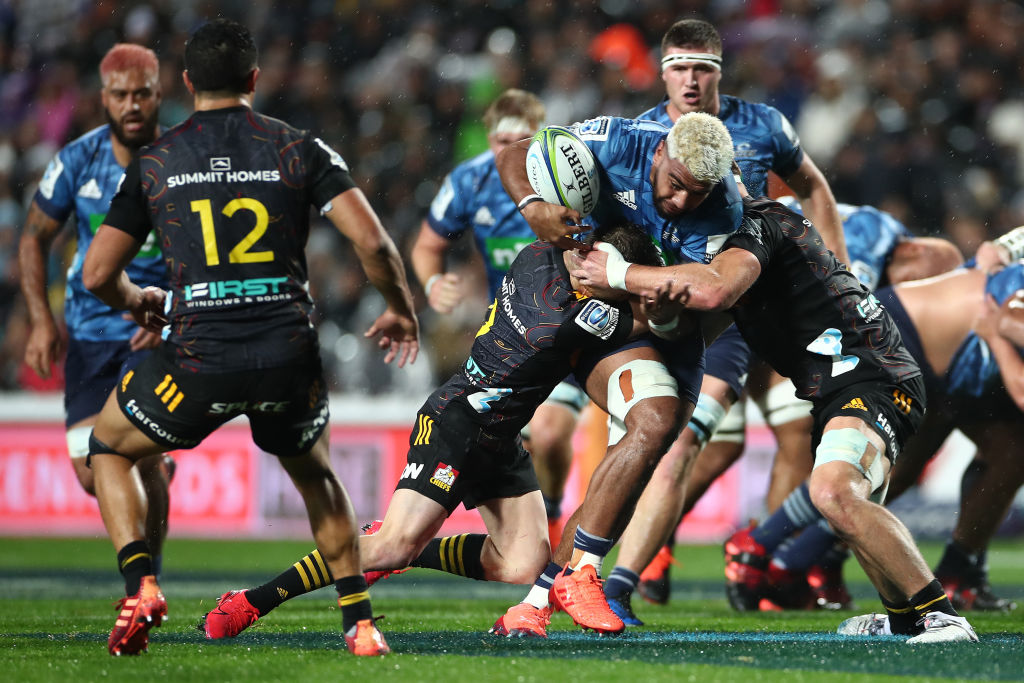 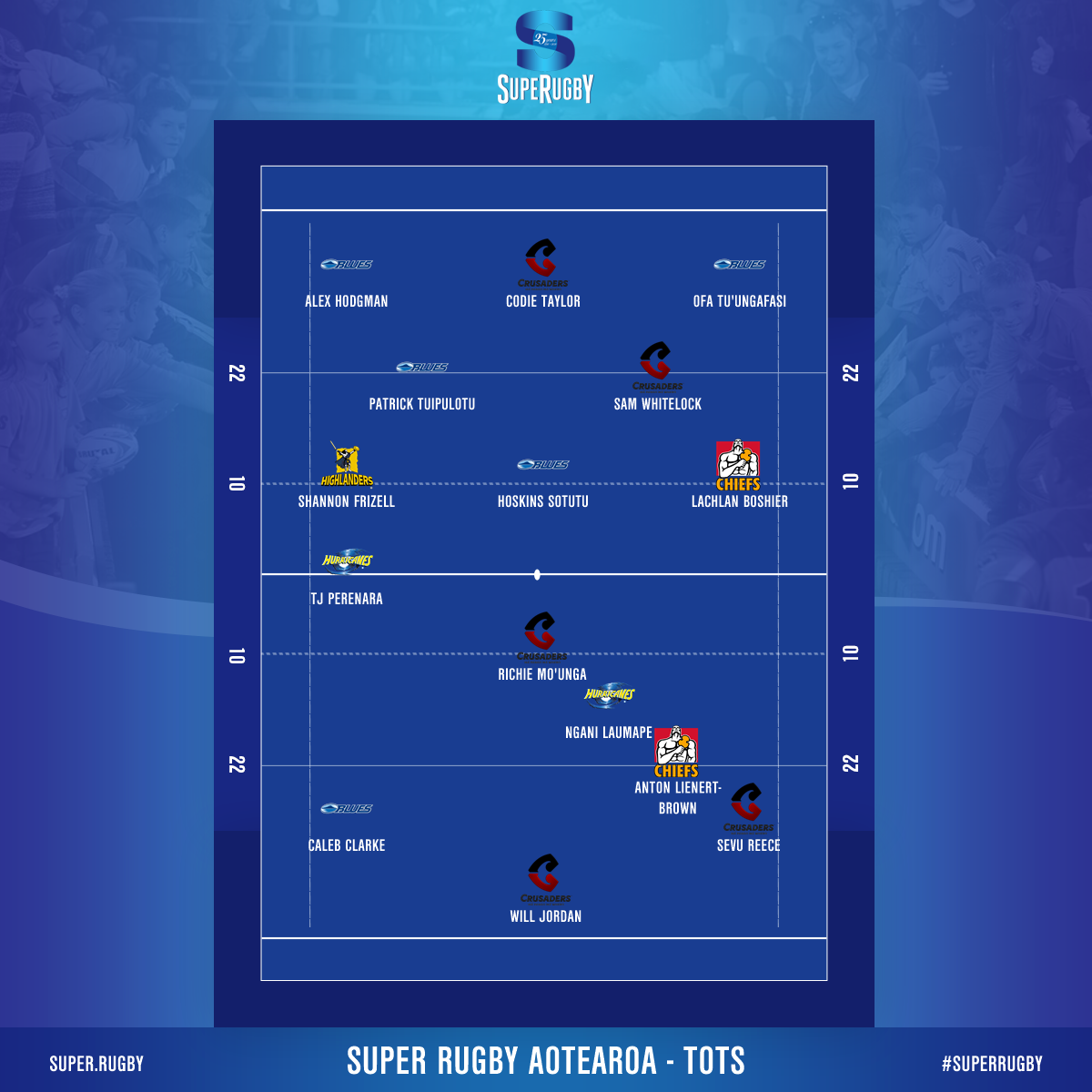 New Zealand Rugby is hoping that the North v South island match will kick-off on August 29, depending on COVID-19 and what the government decides in terms of restrictions in the next few weeks. It is shaping up as an All Blacks trial of sorts but the Aotearoa team of the Tournament is surely not far off and all but those injured (Laumape and Reece) will be playing in the match.

The Opta Perform index has also drawn Crusaders fly-half Richie Mo'unga as the Player of the Tournament and there can be little argument with that. He was masterful in driving the Crusaders around the field, kicked his goals and was a constant threat to the defensive lines of the opposition. He played in all their matches and scored the most points (99) of any player including three tries. 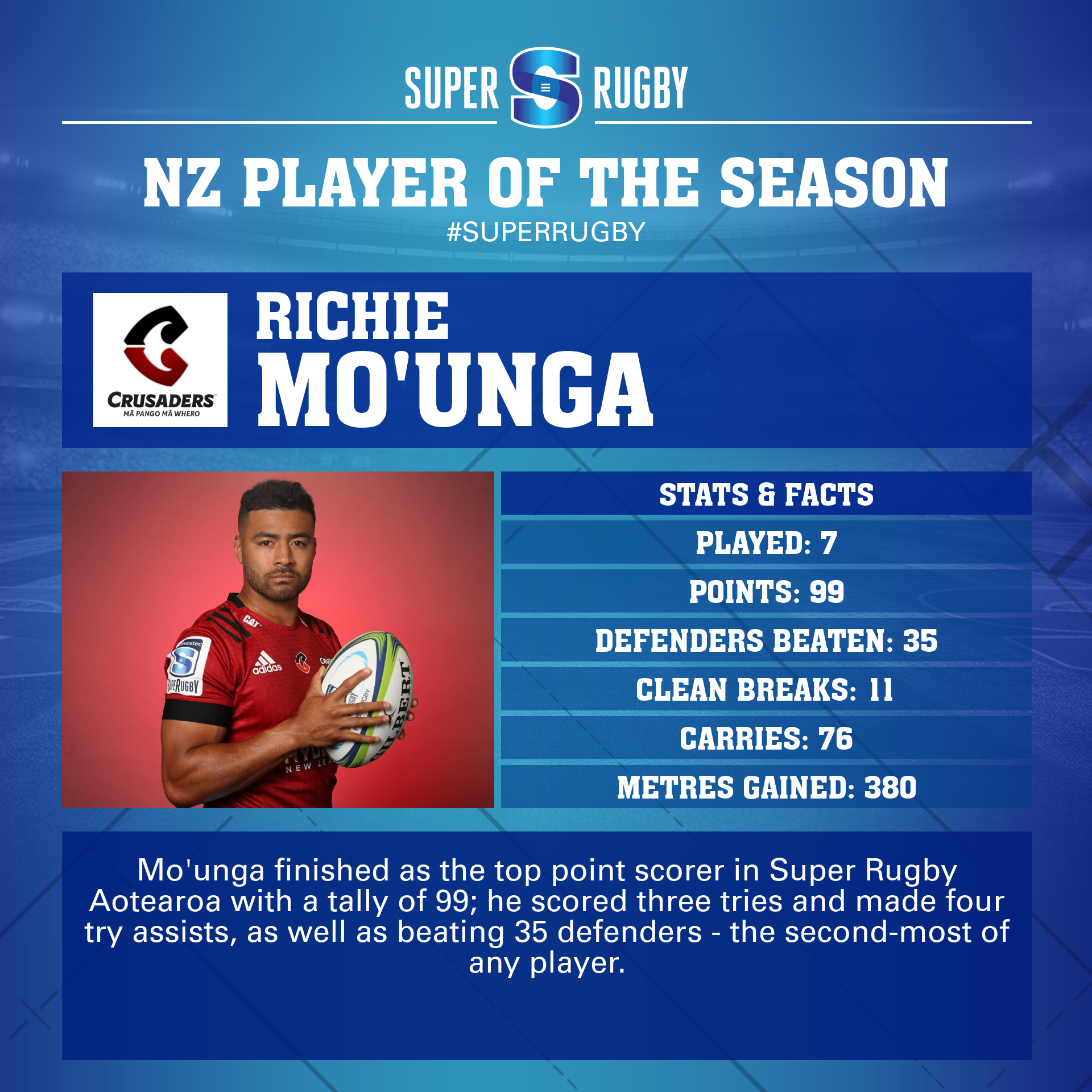