We have punched the numbers and select our Australian team of the last decade based on statistical facts and figures...

There have been two Australian champions in the last decade with the Reds winning in 2011 and the Waratahs in 2014 but apart from that it has been slim pickings in terms of final appearances and reaching the last eight. The Brumbies have probably been the most competitive of the Aussie teams in recent times based on Finals series appearances but they have not won the competition since 2004. Nonetheless, there have been some outstanding individuals playing within the Aussie teams and the Team of the Decade comprises five Brumbies, five Rebels, three Waratahs and two Reds.

The front row is a triumvirate of Brumbies: James Slipper [who played most of his matches with Reds] whose 808 tackles make him the best defence prop of the decade; hard-working prop Alan Alaalatoa who made 368 carries and 530 tackles across the last decade; and try-scoring hooker Folau Fainga'a who scored at least one try in five consecutive games to open the 2019 Super Rugby season. Based on such form all played for the Wallabies in the decade. 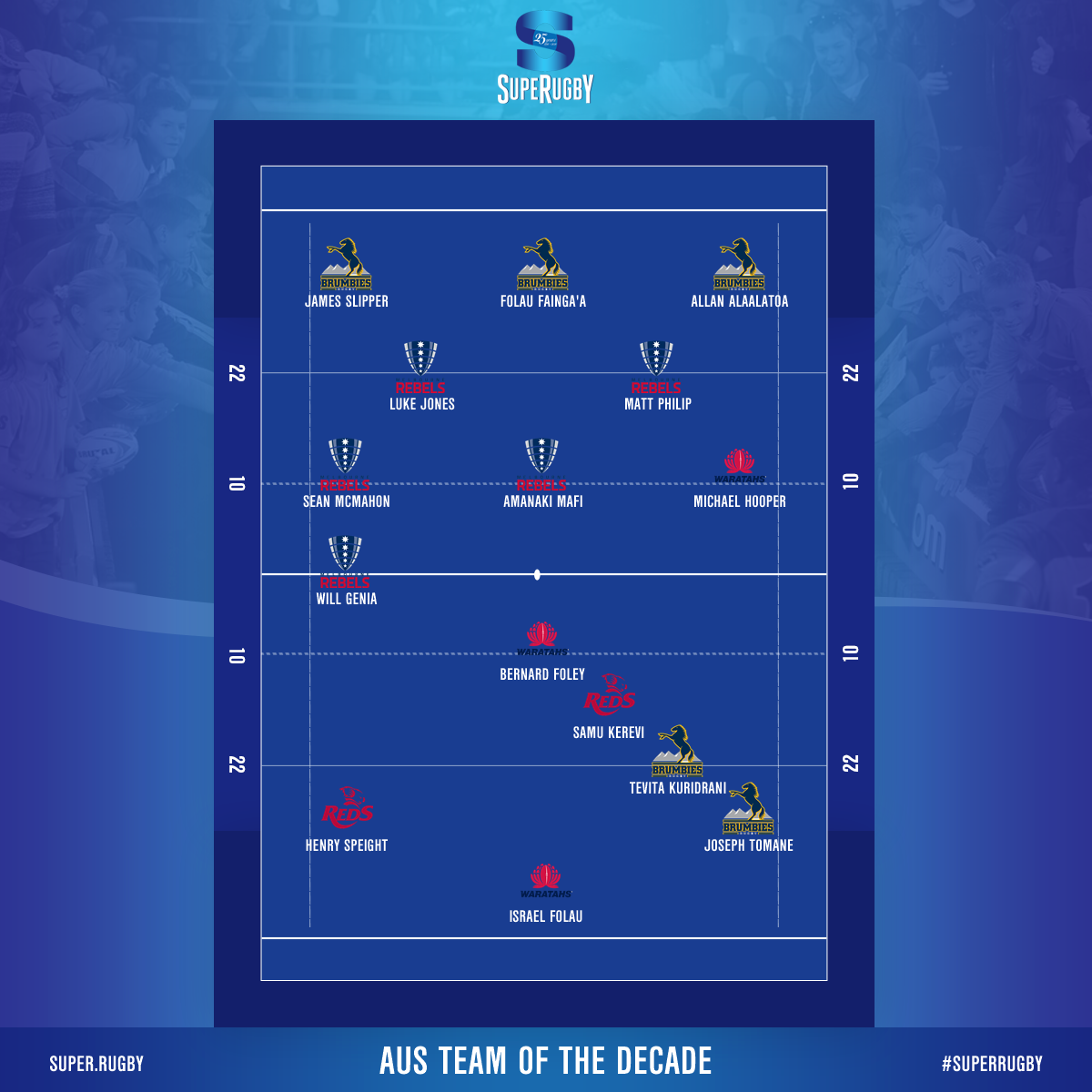 Surprisingly four of the back five in the pack are Rebels perhaps highlighting they have, as a team, underachieved since their debut in Super Rugby in 2011. Perhaps 2020 was to have been their first appearance in the Finals given their early form?

The two locks are Rebels. Luke Jones [who had a stint overseas in France 2017-2018] who made 756 carries - one of only four Australian forwards to make 750+ in the last decade - as well as 814 tackles and won 244 lineouts (inc. 20 steals); and teammate Mat Philip who averaged four lineouts won per game, made a total of 22 clean breaks and scored six tries.

To many Australia has struggled for a truly world-class number eight in recent times and the pick for the team in this position is Rebel Amanaki Mafi who actually played for Japan. In his two-year stint, the live-wire backrow forward made 20+ carries on five occasions across the last decade of Super Rugby, more than any other forward. He is joined in the backrow by Waratah Michael Hooper at Seven and Sean McMahon at Six. Hooper captained the Tahs and Wallabies in this period and edges David Pocock with impressive stats: he made more metres (4,202m) than any other forward in the last decade and was the only forward to make 100 or more clean breaks (107); while McMahon, who presently plays in Japan, gained 1,172m from his 350 carries, beat 104 defenders and made 410 tackles with a 92% success rate. 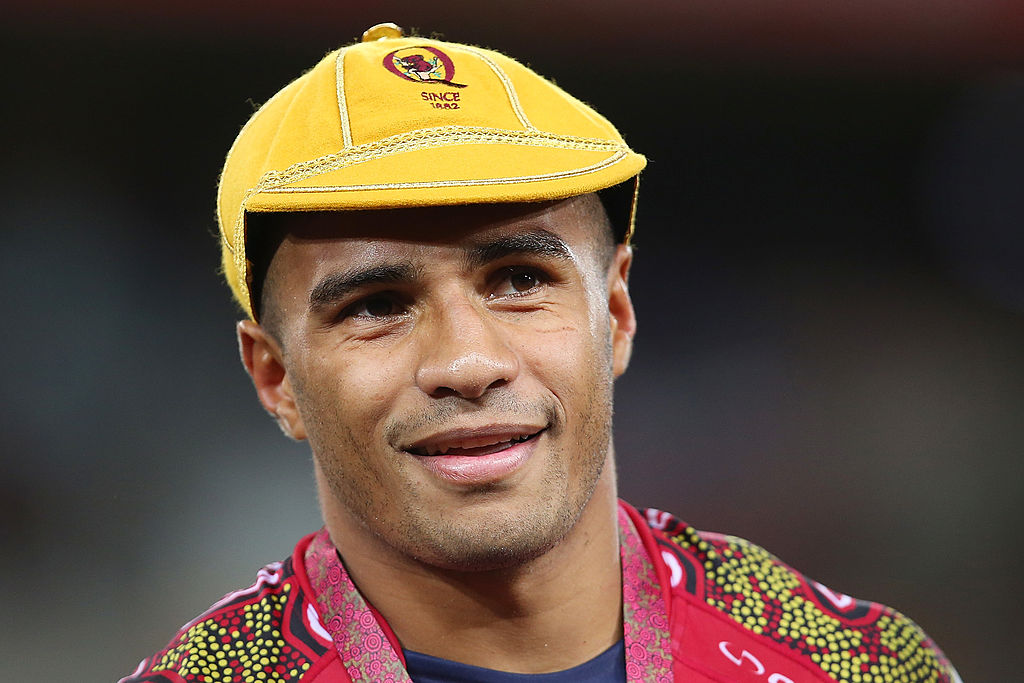 The halves are the Wallaby combination of Reds scrum-half Will Genia [pictured above] and Waratahs fly-half Bernard Foley who both tasted Super Rugby success with their respective teams. Genia played nine years with the Reds [making over 100 appearances] and two with the Rebels. Some interesting facts are that he gained 167m in Rd 6, 2012 and 144m in Rd 13, 2012 - no other scrum-half has gained as many metres in a Super Rugby game in the last decade. Foley scored over 1000 points for the Waratahs and created 56 try assists, more than any other Australian player; only Beauden Barrett (16) made more try assists by kick than Foley (11) in that time. Foley also kicked the winning penalty in the 2014 Final that gave the Waratahs victory over the Crusaders and is the Player of the Decade.

The centres almost pick themselves and are both Wallabies. Reds centre Samu Kerevi made 117 offloads - the fourth most - as well as 108 clean breaks, he gained 3,940 metres and scored 26 tries. His partner is Brumby Tevita Kuridrani who has played the most Super Rugby games of any outside back in the last decade; he's gained 3,773m from 866 carries, made 96 clean breaks and beaten 220 defenders. 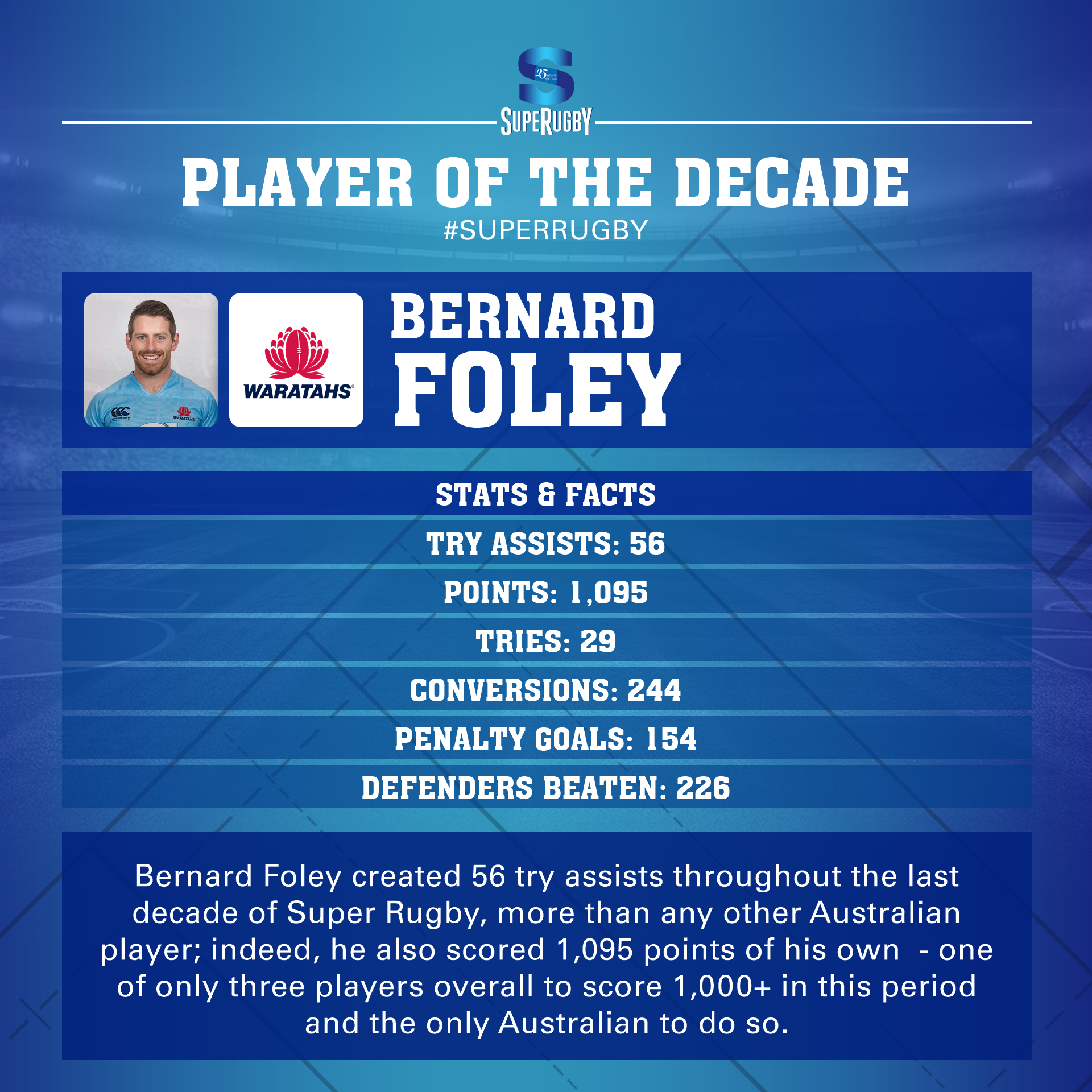 On the wing are two crowd favourites: Brumby Joseph Tomane who played five seasons in Canberra from where he made 17 Wallaby appearances; and on the other wing Henry Speight who played over 120 matches for the Brumbies before joining the Reds in 2020. Only Israel Folau (156) made more clean breaks than Speight (126) and he also made 78 offloads and crossed for 49 tries.

The fullback spot goes to Israel Folau who had seven seasons with the Waratahs after converting across from rugby league and AFL. He played over sixty times for the Wallabies in this period and is the all-time top try scorer in Super Rugby with 60 tries, one ahead of previous record-holder Doug Howlett of the Blues.