Away From Home Team of Decade

Something different... We have punched the numbers and select a Team of the Decade based on away performances!

Since 2010 it is fair to say that Super Rugby has been dominated by New Zealand teams with the Kiwis taking seven of the 10 titles in that period. The New Zealand teams consistency of performance and their ability to win a high percentage of away matches has led to their success and this is also reflected in our Away Team of the Decade!

The team has 8 players from the New Zealand clubs, four from South African clubs and three from Australia [No.8 Mafi played for the Rebels and Sunwolves in the Australian Conference]. Some may be surprised at the lack of Crusaders' representation but it again highlights the all round strength of the team with success based on consistently high-quality team performance with everyone contributing rather than relying on individual standouts. 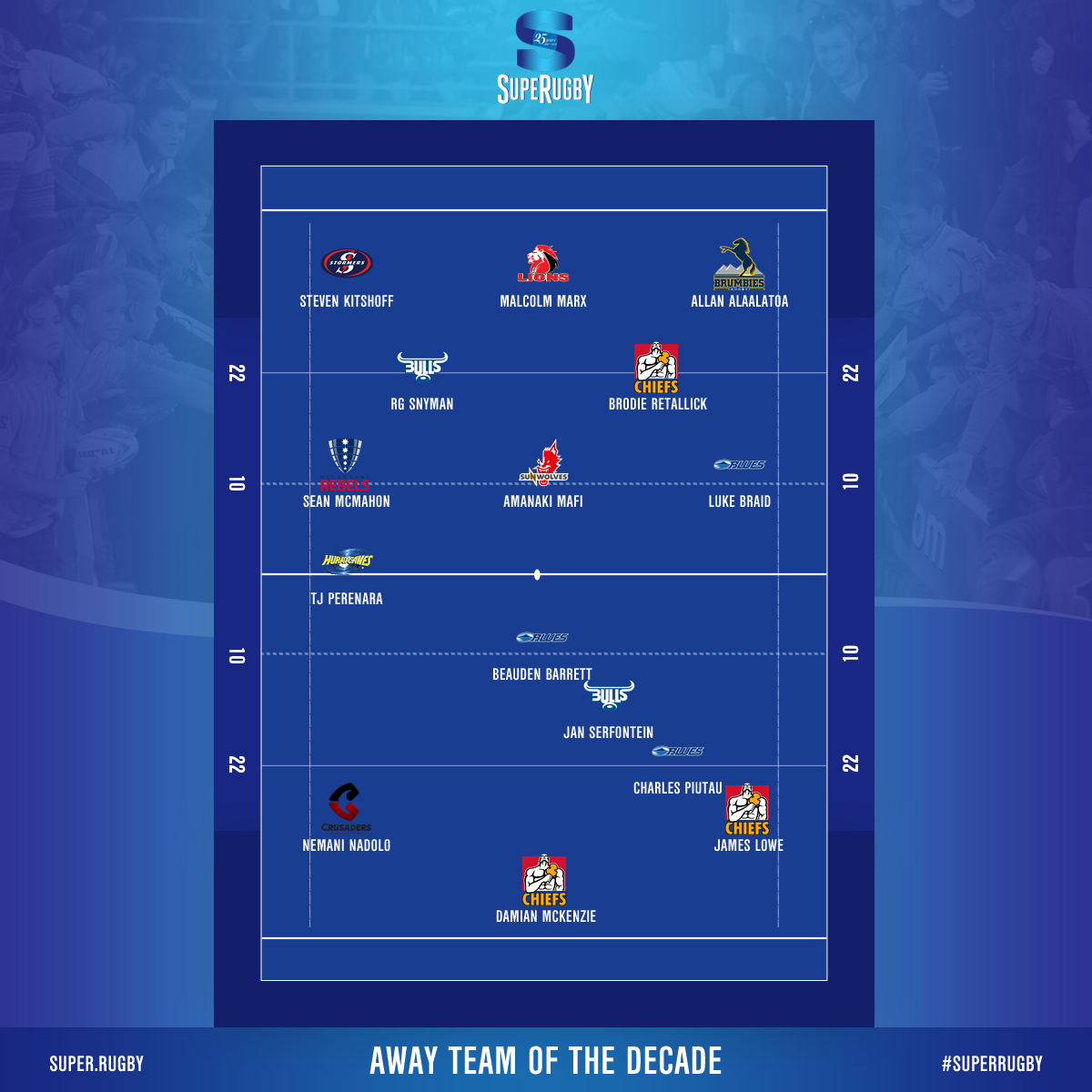 The pack has players from eight different teams including two current Springbok RWC winning front rowers in Stormers' prop Steven Kitshoff and Lions' hooker Malcolm Marx who between them made 506 tackles, with the mighty Marx gaining an average of 23m per game in that stretch - the most of any tight-five forward to play at least 20 away games in that period. The other prop is Brumby Allan Alaalatoa who made 10+ tackles in six of his last seven games played away from home.

The international lock pairing of Bulls' RG Snyman [pictured below] and Chiefs' Brodie Retallick would grace any team. They won 301 lineouts between them; Snyman made 162 carries from his 25 appearances; while Retallick crossed for eight tries, made 487 tackles, and 336 carries from 53 games on the road.

The backrow is very interesting and includes one player from each of the three Conferences. At No.8 is former Rebel and Sunwolves' forward Amanaki Mafi, the only forward to have made 20+ carries in an away game on multiple occasions in the last decade. The Blues' representative is workaholic openside flanker Luke Braid who made 329 carries and 350 tackles in his 36 games away from home, as well as winning 40 turnovers. On the other side of the scrum is Rebels' flanker Seam McMahon who beat an average of 3.6 defenders per game away from home - the most of any forward to have played at least 10 away games in that span. 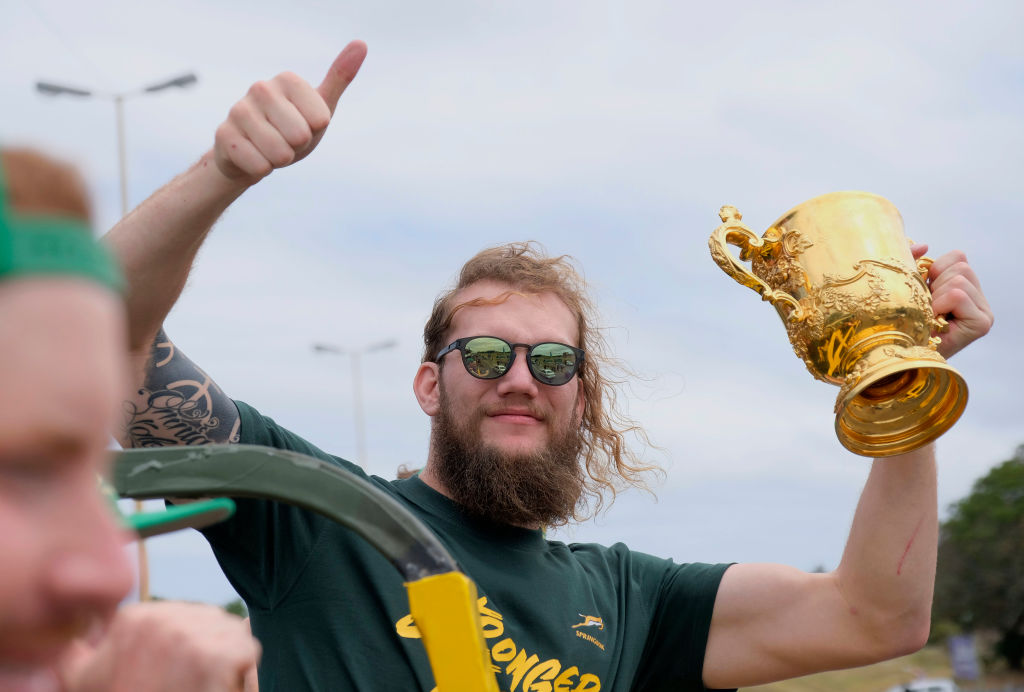 The statistics have selected the Hurricanes and All Black duo of TJ Perenara and fly-half Beauden Barrett [yet to play for the Blues!] at halves: TJ has scored 30 tries on the road; while Barrett has scored 9.5 points per game away from home in the last decade, the most of any of the 71 players to have played at least 50 games in that time.

Not many people would have guessed the centre paring but the numbers say otherwise. The Bulls' aggressive Jan Serfontein made 10+ carries and 10+ tackles in a game from inside centre on five occasions; while Blues' Charles Piutau highlights what a loss he was to NZ Rugby [when he left for the UK] as he gained an average of 79m per game away from home in the last decade.

On one wing is Crusaders giant Nemani Nadolo. No Crusaders player has scored multiple tries in an away game more times in the last decade than Nadolo (3). On the other wing is Hamilton favourite James Lowe who has impressive stats - he scored 13 tries in 28 games away from home, as well as making 48 clean breaks and 38 offloads - he also gained the most metres per game (76) of any winger to play at least 20 games on the road.

At fullback is the mercurial Chiefs' playmaker and open field specialist Damian McKenzie. He has scored 20+ points in an away game on seven occasions since debuting in 2015 - more than any other player - and he has been directly involved in 24 tries in his last 18 games away from home in the competition (10 tries, 14 try assists). He is our Away team Player of the Decade. 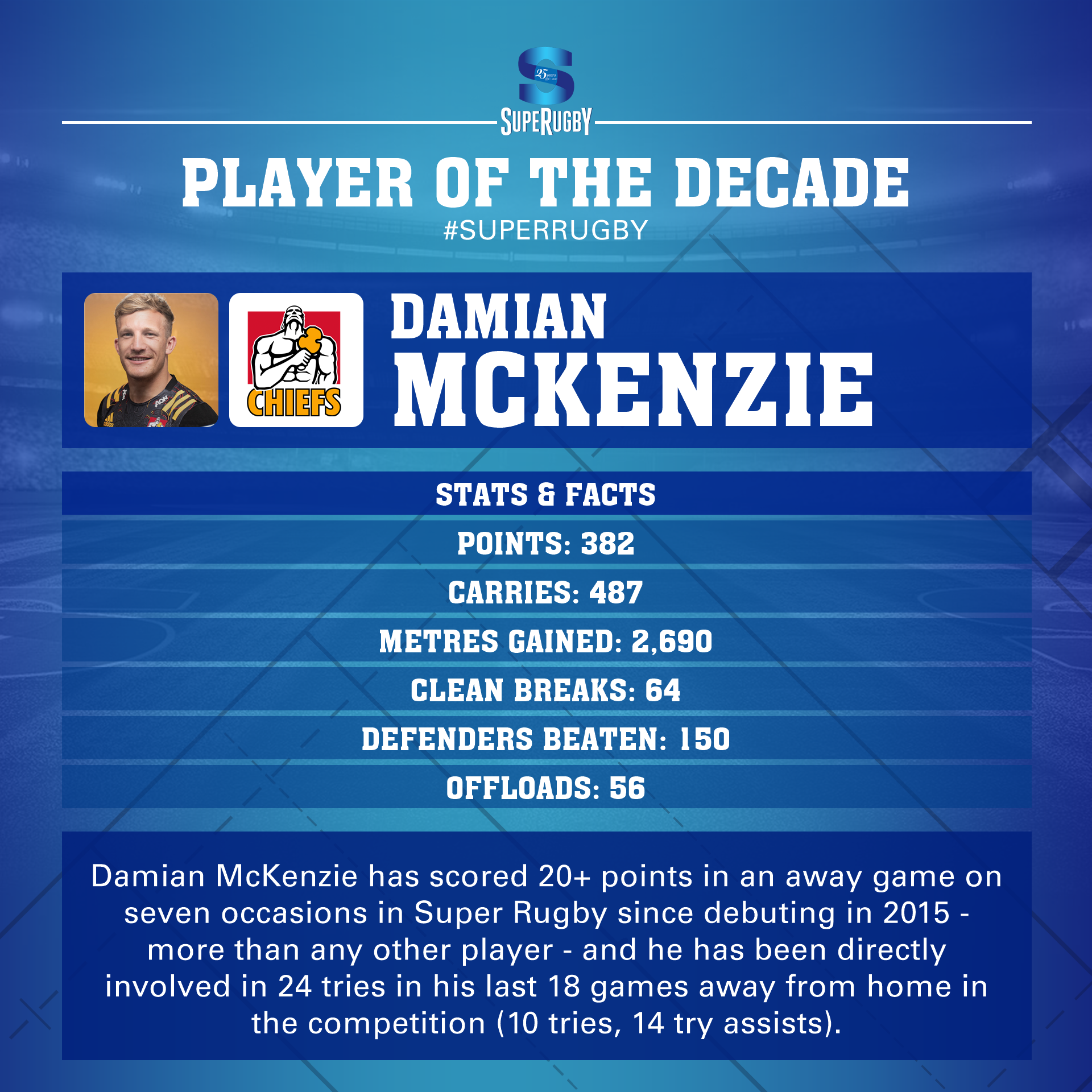