The Brumbies are eagerly eyeing a match-up with some familiar faces as they host the Western Force at GIO Stadium.

Tim Sampson has named four ex-Brumby players in his first matchday 23 of the season, with Reesjan Pasitoa and Bayley Kuenzle in line for their starting debuts.

Along with this, the Force have named prop Harry Lloyd and scrumhalf Isaak Fines-Leleiwasa on the bench, who both return to WA after making their name with the club previously.

The pair, along with Irish sensation Mack Hansen, lived together for over a year, with Frost cheekily putting down their International success to his departure.

"We haven’t seen them since we went on tour and they left (for WA). Some of those guys, haven’t seen much of them in any Force gear, especially my ex-roommate Bayley Kuenzle, there are a lot of photos of them at beach bars with unbuttoned shirts so we don’t actually know what they look like yet in that gear,” he joked.

“We (and Mack Hansen) lived together for about a year. I think he’s the common denominator, BK left and two of us make national squads, BK was probably holding us back a bit.

“We’re really looking forward to it and catching up, having a run against each other if we get that chance. It should be good fun, even up against Reesjan and Finey, just to catch up so it’ll be good to hold them back a few times at ruck with a bit of lip on the field.” 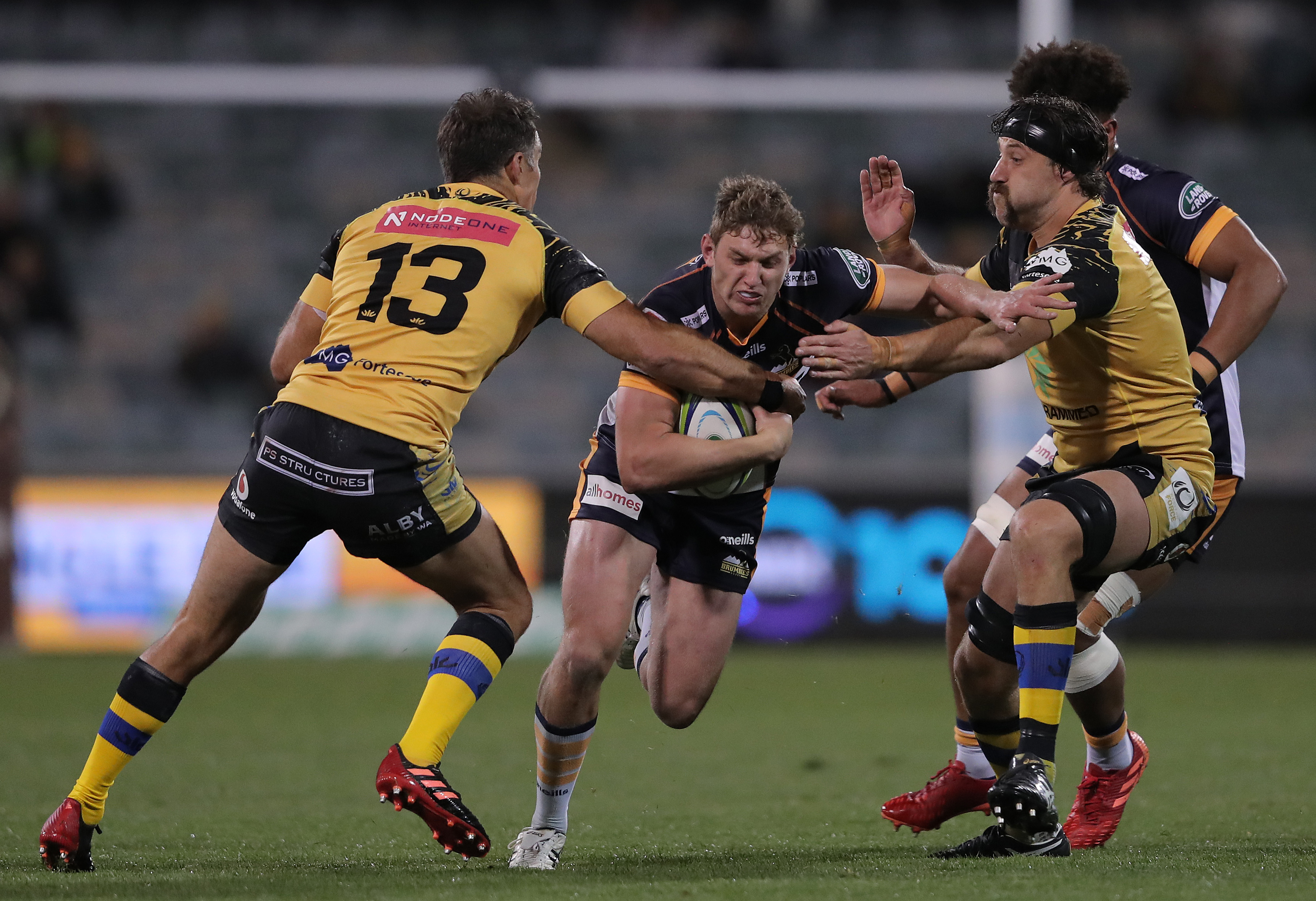 This was shared by fullback Tom Banks, who was eager to make his return after suffering an arm injury during the Rugby Championship.

"We certainly know what they can bring. Reesjan, BK (Bayley Kuenzle) have really come a long way,” Banks told reporters at the start of the week.

“They’re all quite threatening players and we know it’s going to be an interesting battle.

"It’s been a long pre-season but in saying that, it’s been really good for me (to recover from injury). Nothing compares to being out there under the lights again (though)."

Kuenzle will be looking to build on his partnership with Pasitoa as they lead the club into the future, instantly noticing his growth.

"As soon as he came to the Force, you could tell there was a bit of difference in his demeanour," Kuenzle said on Pasitoa. "He became confident in himself to speak up and lead the boys around. Being at 10 you have to have that confidence to be a leader.

"That experience at the Brumbies has helped, but he's really come into his own (at the Force).  It's going to be a big year for him."