Sampson said last month the team had taken a lot out of the Trans Tasman competition in 2021, especially as many of the players and staff had not played in New Zealand, and they now knew what to expect.

"There was a moment after the Crusaders game where we had a chat in the changing rooms and acknowledged where we are at the moment, and we can't just be happy with competing against those teams.

"We were a whisker away from toppling a couple of the Kiwis teams, and we've got to have the belief that we can beat anyone on any day, and that's something we can control.

"I think the guys took a lot of confidence out of this year," he said.

Although only recently joining the side after transferring from the Brumbies, five-eighths/centre utility Bayley Kuenzle told rugby.com.au that having been part of the Brumbies side that beat the Hurricanes, he knew what Sampson meant. 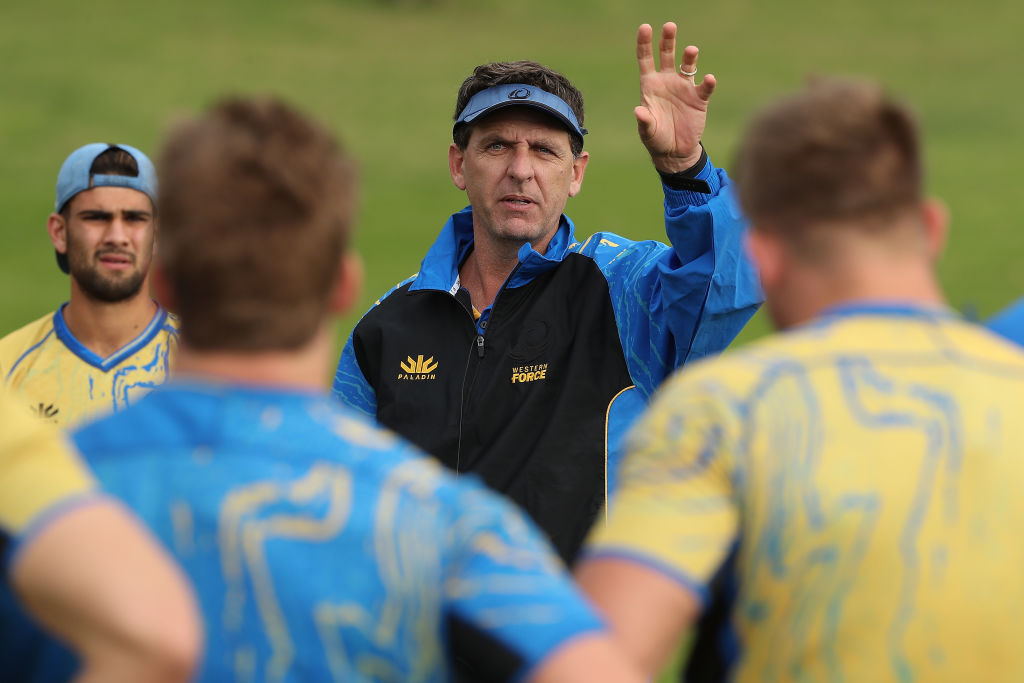 "That game was important for me and my confidence. I was proud of my efforts with that game, not only the result.

"I took a lot away from that. I've worked really hard to get to that starting point in the year, and I'm hoping I can build on that," he said.

"I know how I felt during that game, and the week, and, hopefully, I can replicate that on a week-to-week basis if I'm lucky enough to get a shot at that starting role."

While new to the side and still to learn where he fits into the structure, Kuenzle said 2022 was going to be a tough competition, but the Force were putting in some good work in their pre-season, and he believed they could 'rock' some teams and enjoy their rugby in the process.

Kuenzle said his goal was to secure a place in the centres.  But because of his recovery from injury, he hasn't been running with the side yet.

"Having played both positions [first and second five-eighths] in Super, I feel like my game suits the 12 jersey a bit more.

"In saying that, I don't want to put all my eggs in one basket. I would like to keep chipping away at 10 and building my skill set. I need to build my communication which will also help at 12, but I'm up for anything," he said.