Any team is only as good as its weakest link and therefore the makeup of the 23-man squad is super important on match day. Many pundits will analyse the bench to determine the true strength of a match day team and some coaches these days often refer to the bench players as 'finishers'.

The finishers will include props who can take over seamlessly from the starters, backrow forwards who will add extra oompff off the bench in ball carrying duties and open-field runners who thrive late in the match when tired defences start to crack!

Squad rotation policies also come into play as coaches look to reduce workloads on some players and use them off the bench at certain times of the season. Of course the bench is also used to return players from injury. And then there are some players who just seem to thrive and perform better when coming off the bench!

This week's team, with players from nine different teams, is a result of number crunching the best performances by players coming off the bench in the last 6 years.

The team is a mix of seasoned internationals and those players who are core to their teams success and often unheralded heroes who week in week out contribute by coming off the bench or starting in place of rested players.

Some standout performances include Blues and All Blacks' backrower Akira Ioane who won three lineouts and as many turnovers in 55 minutes; Ioane also scored a try, made two clean breaks and beat three defenders from his 12 carries against the Force in Round 6, 2017. While the Waratahs Jed Holloway [pictured below] was one of only two reserves to score a hat-trick of three tries in a Super Rugby game in the last six seasons; Holloway also won three lineouts, made three clean breaks and gained 58 metres in just 40 minutes against the Highlanders in Round 4, 2016.

Lions hooker Corne Fourie scored two tries, won three turnovers and didn't miss a tackle (6/6) in 73 minutes of action and all 15 of his lineout throws were successful against the Stormers in Round 15, 2018. 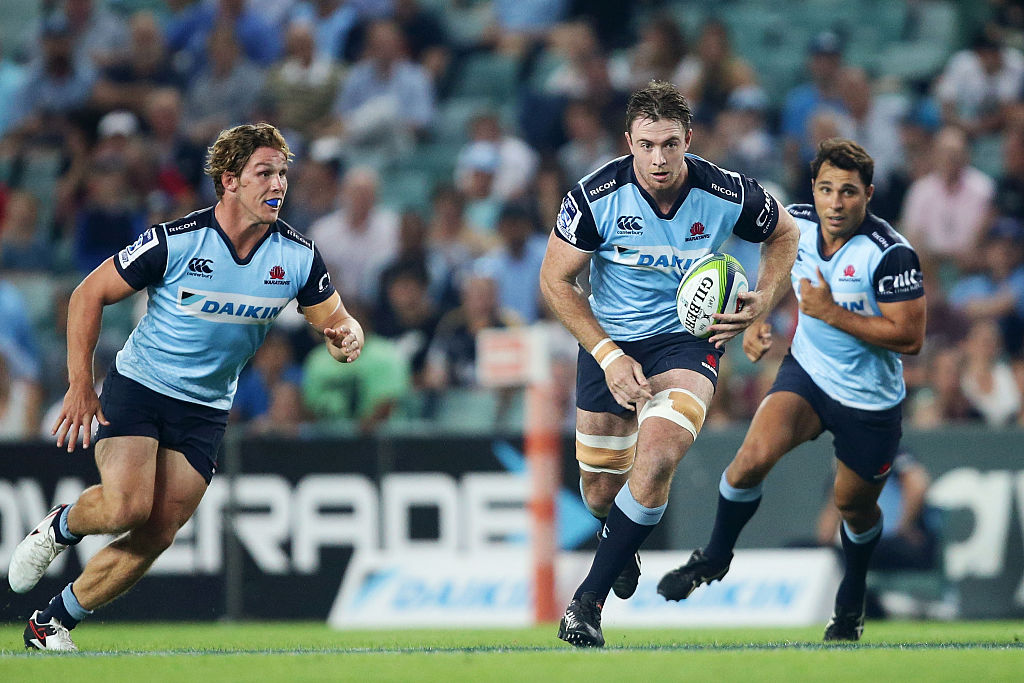 Behind the scrum Highlanders unsung hero Matt Faddes scored a try, beat five defenders, made three clean breaks and nine carries for 46 metre gained in 55 minutes against the Hurricanes in Round 4, 2017. The Blues reserve scrum-half Jamison Gibson-Park made seven carries for 46 metres gained, beat three defenders, made two offloads, two clean breaks, two tackles and scored a try in just 37 minutes against the Rebels in Round 13, 2015. 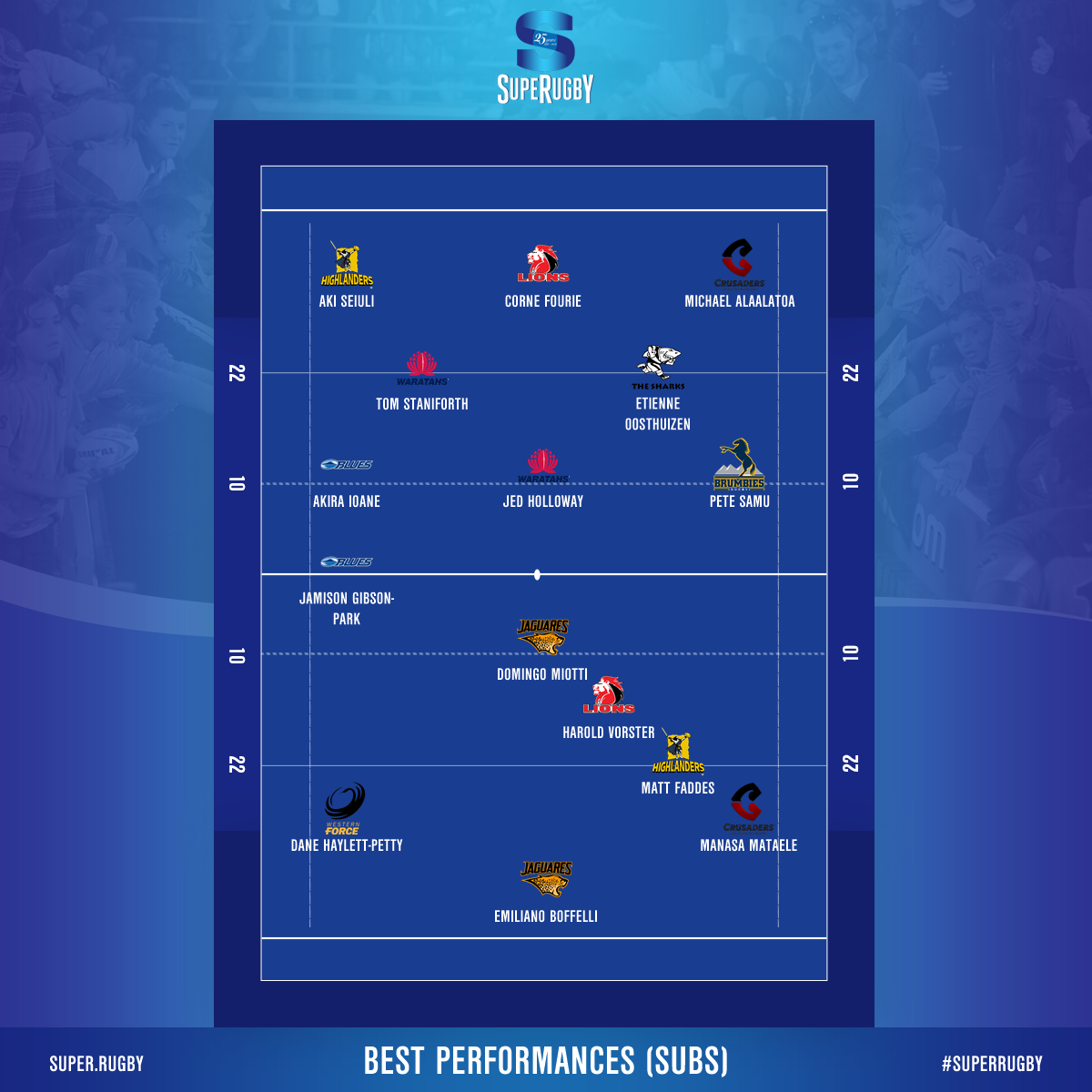 Meantime the Jaguares fly-half Domingo Miotti had barely started to warm the bench before being called into action as a substitute on the opening weekend of the 2020 Super Rugby campaign. He scored a try, produced a try assist, made 12 carries, beat three defenders and finished with a 100% goalkicking record (5 con, 1 pen) in 75 minutes against the Lions. He is our Player of the Week from this team.