We continue our review of the last five seasons - this week the stats select a Team of the Week based on a player's best individual season by position...

Statistics are not perfect but they assist in analysing key data within a given time frame time and while not everyone may agree with the results the Team of the Week statistics we have published over recent weeks do make fascinating reading. In many ways they highlight consistency of performance and this weeks team in no exception.

There are six New Zealanders, six South Africans and three Australians. But on closer inspection the team reveals some interesting perspectives... the pack is dominated by South Africans with six players and the backline by Kiwis with six players! Perhaps reflecting traditional strengths or at least a trend in Super Rugby over the last five years. 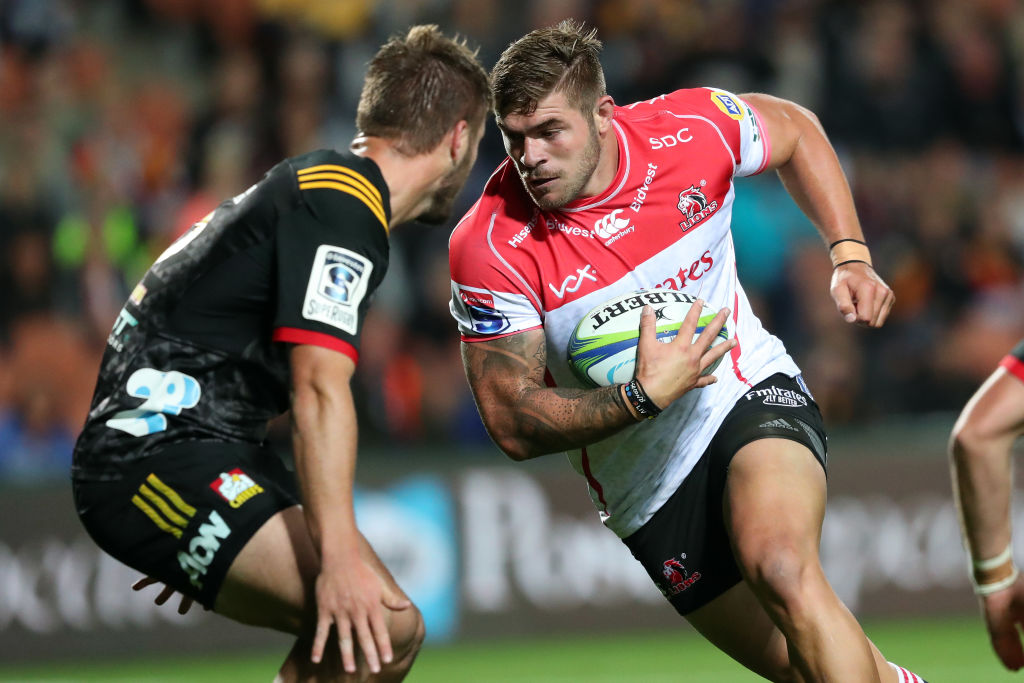 The pack contains three Springboks who were part of the 2019 Rugby WorldCup success; hooker Malcolm Marx [2019 - pictured above], and locks Pieter-Steph du Toit [2016] and Lodewyk de Jager [2018], plus three South Afrcians who have been stand-outs in their particular teams, Bulls prop Lizo Gqoboka [2019], Lions flanker Jaco Kriel [2017] and Sharks flanker Jean-Luc du Preez [2018]. At No.8 is Melbourne Rebel Amanaki Mafi [2018] who featured for Japan at the 2019 Rugby World Cup. 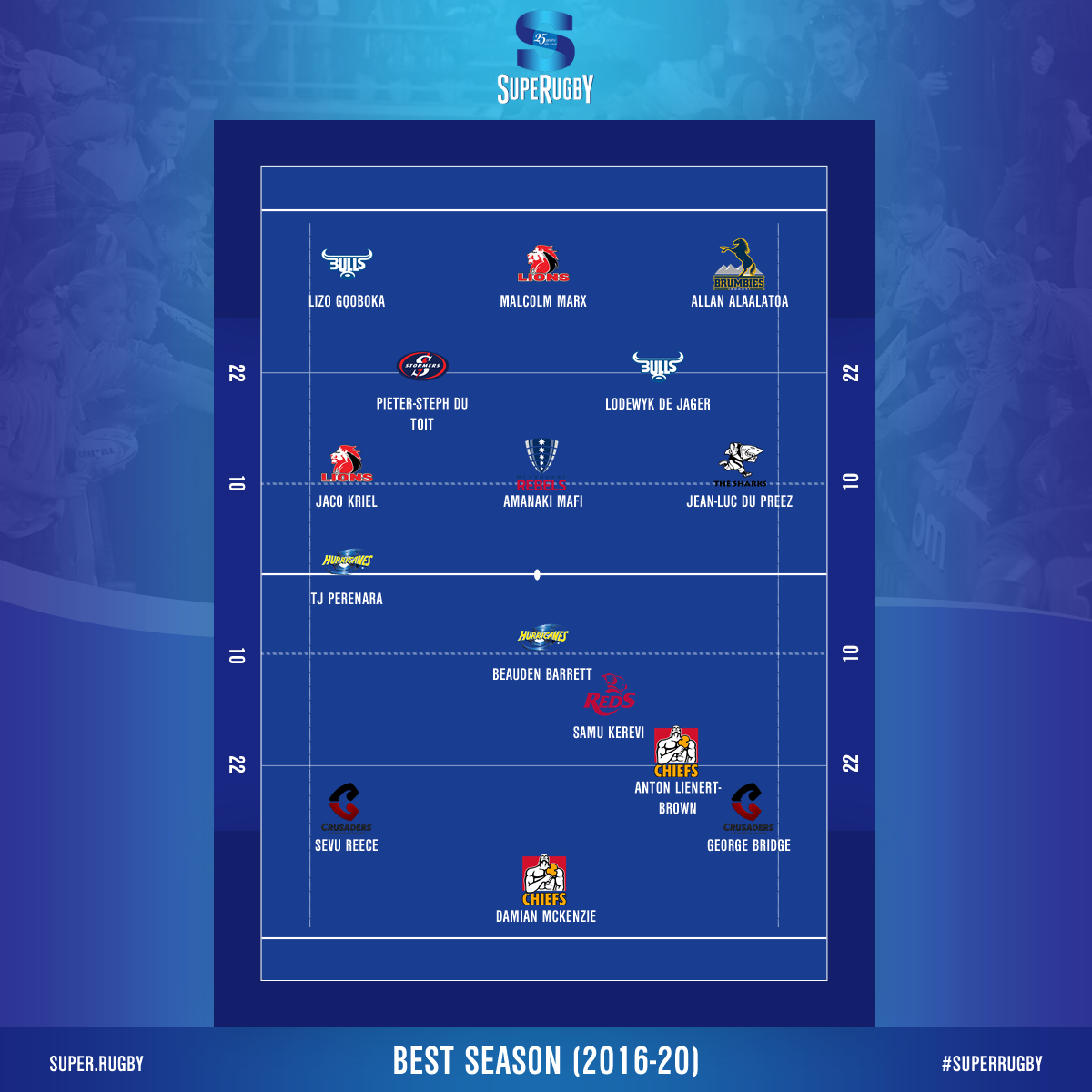 The backline is a star-studded international line-up spear-headed by the Hurricanes and All Blacks dynamic duo TJ Peranara [2017] and fly-half Beauden Barrett [2019]. Barrett has moved to the Blues for 2020 but he was a prolific point scorer for the Hurricanes from 2011-2019.

In the centres we have the Reds Samu Kerevi [2019] and the Chiefs Anton Lienert-Brown [2018] - in terms of carries, offloads and metres gained , and terrorising defences, these two are standouts. Reflecting the open, fifteen-man rugby philosophy employed by the Crusaders, and their ability to record high scores, we have their two current All Black wings in the TOTW: Sevu Reece who was unstoppable in 2019 and George Bridge who was on fire after seven rounds of this year's tournament before it was interrupted. The Crusaders have won the last three Super Rugby titles and under coach Scott Robertson they could have created history this year by winning four titles in a row?

No surprises at fullback where All Black and Chiefs fullback Damian McKenzie earns his spot [2017]. A major threat to any defence he is lethal in counter-attack or equally at home from set piece moves. He is our Player of the Week from this team.