Best of the Rest

Sevens teams will be disappointed to have missed the Finals but we take a look at what might have been for those who missed out.

With the Super Rugby final series days away, that means there is still life left in eight teams while another seven must pull the curtains down on 2019. Dig deeper and you’ll find some mighty fine individual and team performances amongst those forced to depart at this stage of the season.

The Blues averaged the fewest missed tackles (19) per-game of any team in the regular season, while no team had a higher scrum success rate than the Auckland side’s 97% in 2019. They lost just one scrum in their final 11 games of the season (Round 16 against the Bulls).

The Stormers won 14 lineouts per-game in the 2019 regular season, the most in the competition. The Lions scored 27 tries after 4+ phases, proving the most adept side at grinding down their opponents before crossing the whitewash, no one else scored more than 22 tries after going through more than three phases.

It was the Melbourne Rebels’ Quade Cooper who finished the regular season with the most try assists (12) in Super Rugby 2019, two more than the next best player to miss out on the finals (Sunwolves’ Hayden Parker, 4th overall with 9 try assists). 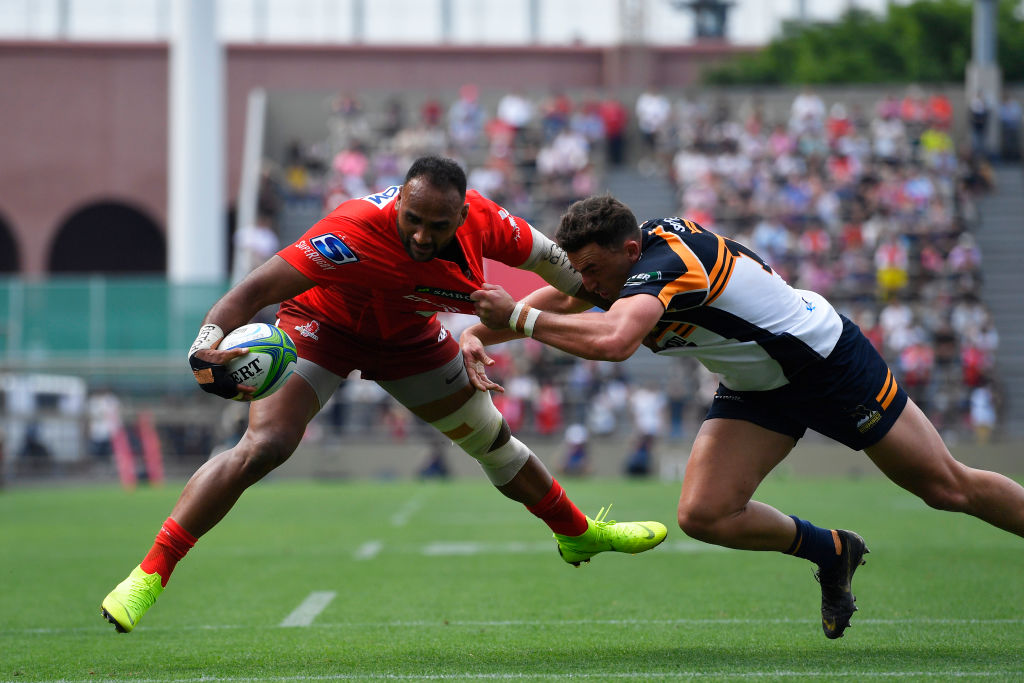 The Reds’ Samu Kerevi produced a huge season of work in 2019. He made 220 carries, the most by any player and 43 more than the leading player to make the finals (Sharks’ Daniel du Preez, 177). This appetite for work also resulted in the Reds’ centre beating the most defenders (71) in 2019, nine more than the next best player (Chiefs’ Anton Lienert-Brown, 62). He finished in second place overall for offloads (26) and joint-third for clean breaks (26) in the campaign.

The Blues’ Melani Nanai (1,240) and the Sunwolves’ Semisi Masirewa (1,053 pictured above) were the only players to run for over 1,000 metres in the 2019 Super Rugby regular season. Meanwhile, a quartet of two NSW Waratahs (Michael Hooper and Damien Fitzpatrick) and two Reds players (Liam Wright and Angus Scott-Young) were the top four tacklers in the campaign.

The Lions, Stormers and Rebels all occupied top eight finals spots heading into the final round of Super Rugby 2019, with the NSW Waratahs a chance of qualifying providing they won and other results fell their way. All seven teams will be raring to break into one of those prized spots in 2020.