Blues Snatch Victory Over The Lions

Murphy Taramai went over after the final hooter to give the Blues a shock 38-35 win over the Lions in a 10-try thriller at Ellis Park on Saturday.

The result is the Johannesburg-based outfit’s first loss of the season and their first to the Blues since 2012. It also marks the New Zealand side’s first win of 2018.

The Lions were forced to play the majority of the encounter without influential skipper Warren Whiteley, who went off injured early in the first-half. Indeed, Lions coach Swys de Bruin and Springbok gaffer Rassie Erasmus will be holding thumbs that it doesn’t prove too serious.

Sylvian Mahuza, Rohan Janse van Rensburg and Elton Jantjies crossed in the first 40 minutes to give the hosts a commanding 21-3 lead, before Akira Ioane cut the deficit with a try of his own just before the break.

The pace and intensity of the Lions’ offensive runs was something that the Blues struggled to live with in the opening exchanges although they did hog the majority of territory and possession.

Aphiwe Dyantyi’s intercept try opened the second-half’s proceedings, before the three-time champions hit back through two tries to Akira’s brother Rieko. The paradigm continued to shift with the Lions’ Dylan Smith going over, followed by a score to Blues replacement lock Jimmy Tupou.

But then a Taramai injury-time winner a few minutes later then gave the visitors a dramatic last-gasp win.

Despite the loss, the Lions continue to lead the way alongside the Rebels at the summit of the Super Rugby standings, while the Blues jumped several places to 10th ahead of their showdown with the Stormers next week. The Lions next face the Sunwolves. 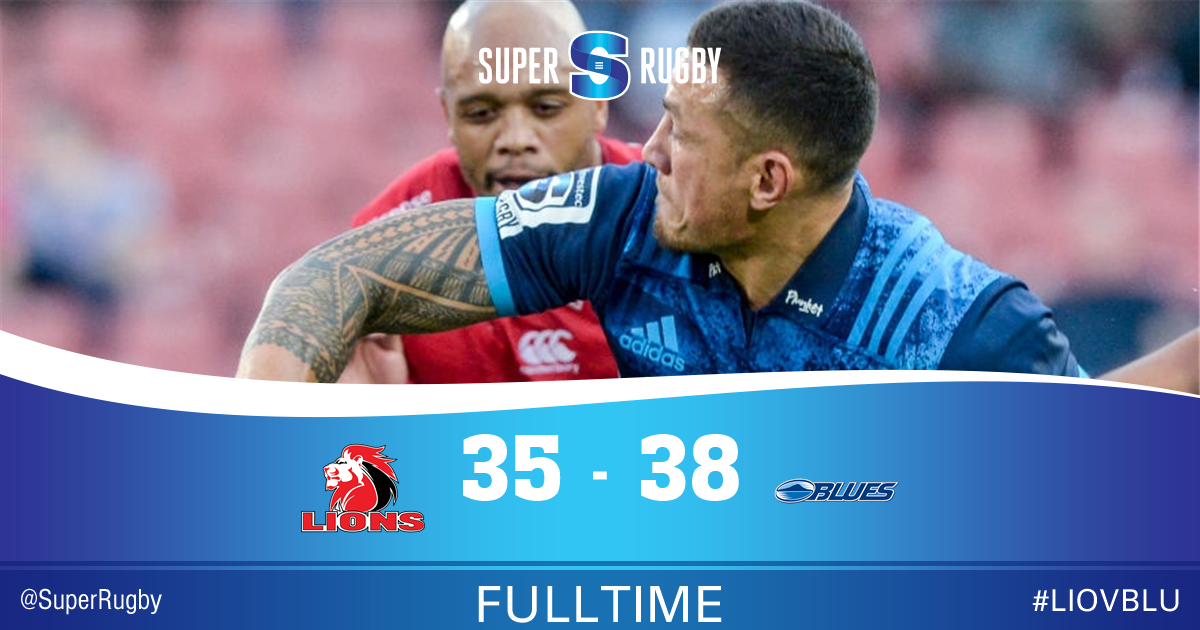