The Blues held out a spirited Sunwolves to win 28-20 in their Super Rugby clash at Eden Park in Auckland.

Two early penalties from Sunwolves’ fly-half Rikiya Matsuda give the visitors a 0-6 lead, but a brace of tries by flying All Black winger Rieko Ioane would see the hosts lead 15-13 at the break.

The Blues started the second stanza winning the territory battle, camping down in the Sunwolves 22m. After a couple near scores, the backline finally spread the ball wide and a long, looping pass would find winger Ioane who went over untouched for his third try of the night. That took the score out to 20-13.

The Blues forward train rolled on, leading to another Ioane try. There were some quick hands on display, particularly from full-back Melani Nanai, who shovelled the ball onto Ioane who turned on the afterburners to dive over in the corner.

But the new-look Sunwolves are not a side to rollover.

There was a fantastic break down the near-side touchline that took them just metres from the line and a patient forward build-up saw substitute Uwe Helu crash over the line, with the conversion bringing the scoreline to 25-20.

A tense closing minutes saw many handling errors from both teams, with the Blues finally gaining some ascendency to drive the ball into the danger zone.

Feeling the pressure, Nathan Vella stuck out a hand to stop the Blues’ quick ball and found himself on the sideline with a yellow card to his name. Rather than go for the five points, captain Sonny Bill Williams opted to effectively seal the victory with an easy three points to take them beyond a converted try. 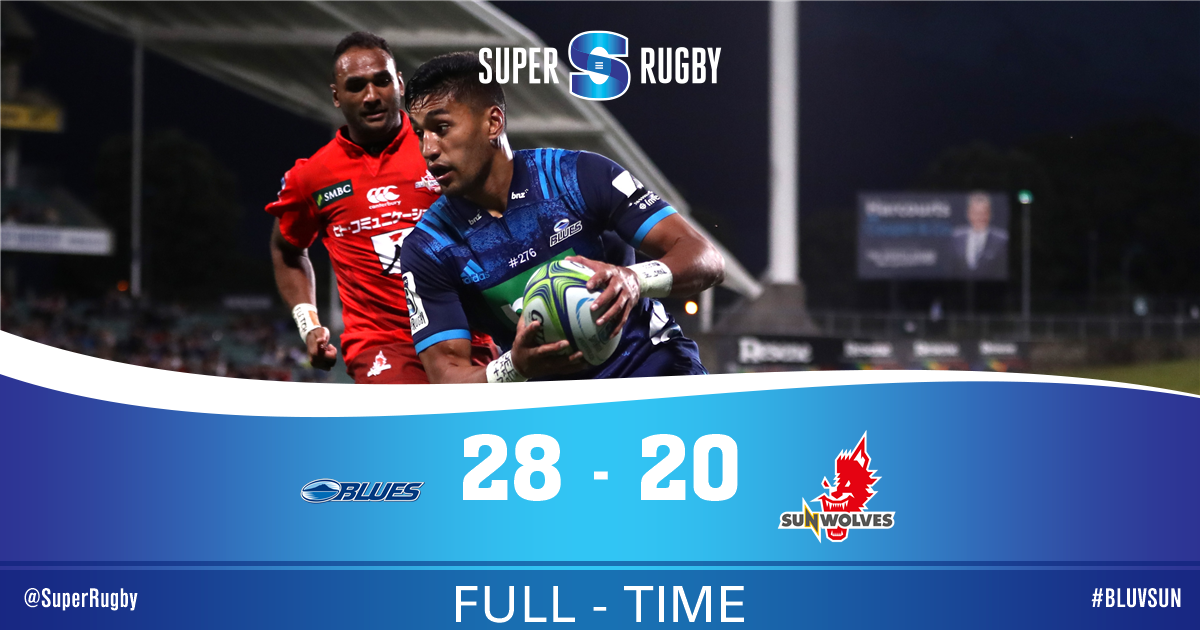