The Jaguares early form suggests another strong campaign and fullback Emiliano Boffelli is currently one of the most dangerous men in the competition.

Indeed, the Jaguares were seconds away from registering two wins from two games until the Hurricanes pipped them at the bell in the last round. This week we take a look at which players are best at breaking the line and which are the most likely to provide that opportunity for their teammates.

There is a seven-player logjam on five clean breaks. Among those seven, Tom Wright has loomed as the most effective given that it has taken him just 11 carries to reach his tally of five clean breaks while four others have taken 20 or more.

It should come as no surprise that – along with Boffelli’s dominance of the clean break category – the Jaguares are again well represented when it comes to creating breaks. Domingo Miotti (Jaguares) has made a competition-high five break passes so far this Super Rugby campaign, as well as provided two try assist passes after the opening two rounds. No other player in the competition has a combined total of more than four in the two categories, though teammate Matias Moroni (3) is not far behind Miotti on break passes alone. 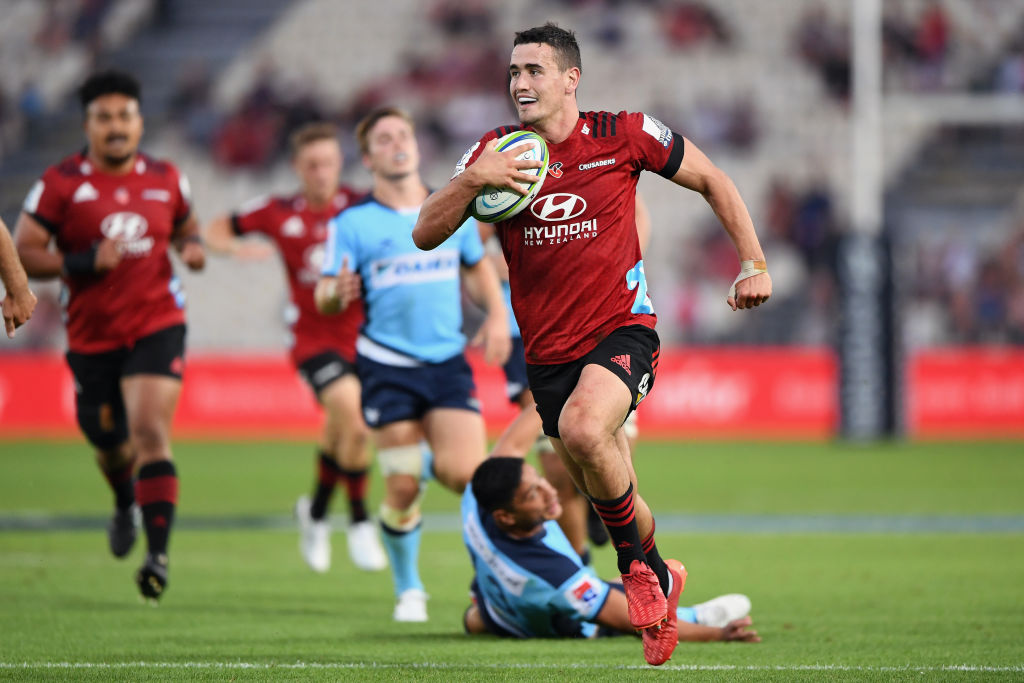 Crusader Will Jordan continue to impress...

The Blues’ Joe Merchant (3) is the only other player in the competition to have provided more than two break passes so far this Super Rugby campaign, while eight others join Domingo Miotti at the top of the try pass category with tallies of two.

Last year’s finalists – the Jaguares (+10) and Crusaders (+4.5) – are again amongst the most effective attacking teams in the competition, with an average clean break differential higher than that of any other team this season.

The Stormers (+3) lead the way for the four South African teams in this regard, but it’s at the other end of the table where we find some more surprises. 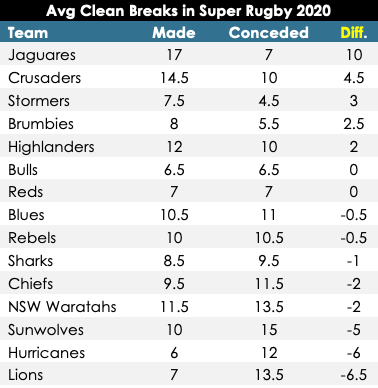 Both the Lions (-6.5) and Hurricanes (-6) – previously thought to be offensively sound – have struggled to break the line and hold their own so far this campaign and will need to turn that statistic around if they’re a chance of keeping up with the rest of the pack earlier in the season.