The Brumbies scored five tries on their way to a convincing 31-20 win over the Lions in Canberra.

The Lions replied with five-pointers by wing Aphiwe Dyantyi, fly-half Elton Jantjies and replacement back Sylvian Mahuza. Jantjies also kicked a conversion and a penalty.

The South African side came into the game on the back of conceding 42 points against Sharks last week but they started well when the Brumbies were reduced to 14 men as early as the second minute when Tom Banks received a yellow card for a tip tackle.

The visitors took full advantage as Dyantyi went over the chalk after a succession of line-outs close to the try-line.

However the hosts hit back though as they struck scored three tries while Jantjies kicked a three-pointer as the hosts went into the halftime break 19-8 to the good.

The Lions fly-half further reduced the deficit early in the second stanza when he picked up a loose ball to storm over the line. He converted to make the score 19-13.

The Brumbies though took the game away from the Lions with two tries in five minutes as Banks and Wright went over as the hosts powered into a 31-15 lead.

Mahuza got a consolation score but the Lions will reflect on a shocking 36 missed tackles as the major reason for their defeat as they got their Australian tour off to a poor start. 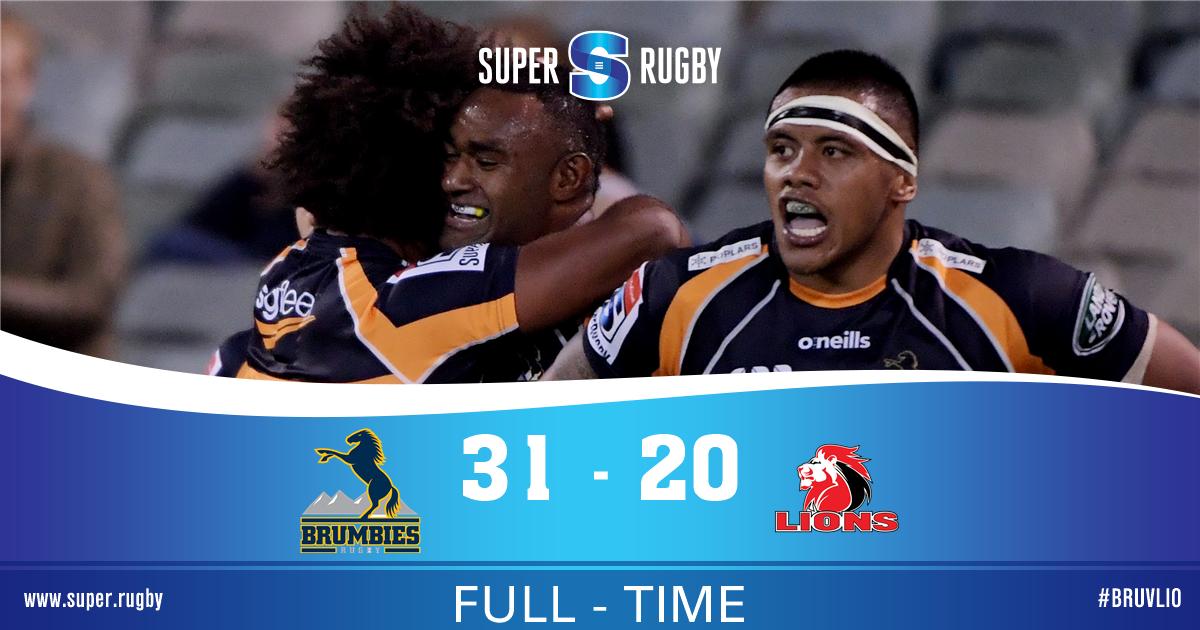