The Brumbies powered past a hapless Sunwolves outfit 33-0 in Sunday's Super Rugby action in Canberra.

As the scoreline suggests, this was a one-sided affair as the Brumbies dominated for long periods and eventually outscored their hapless visitors by five tries to none.

The win is a significant one as it means the Brumbies move above the Rebels at the top of the Australian Conference. Meanwhile, the Sunwolves are firmly rooted to the bottom of that conference and the overall table.

The visitors made a bright start and thought they had taken the lead during the game’s early stages when Gerhard van den Heever crossed the whitewash, but his effort was disallowed after television replays revealed that he had a foot in touch before dotting down.

The Brumbies soon took control of proceedings and were up 14-0 midway through the half courtesy of well-taken tries from Speight and Powell with Tevita Kuridrani playing prominent roles in the build-up of both scores.

The home side continued to dominate and in the 26th minute Speight had an easy run-in for his second try which gave his team a 19-0 lead at half-time.

The second half continued in a similar vein to the first with the Brumbies dominating and they extended their lead in the 50th minute when Speight offloaded to Banks, who crossed for their fourth five-pointer.

And in the 64th minute the rout was completed when Samu showed a superb turn of speed to outpace the cover defence from 30 metres out before scoring his side’s fifth try.

The Sunwolves upped the ante during the game’s closing stages in a bid to score a consolation try but it was not to be as they were met by a solid defensive effort from their hosts. 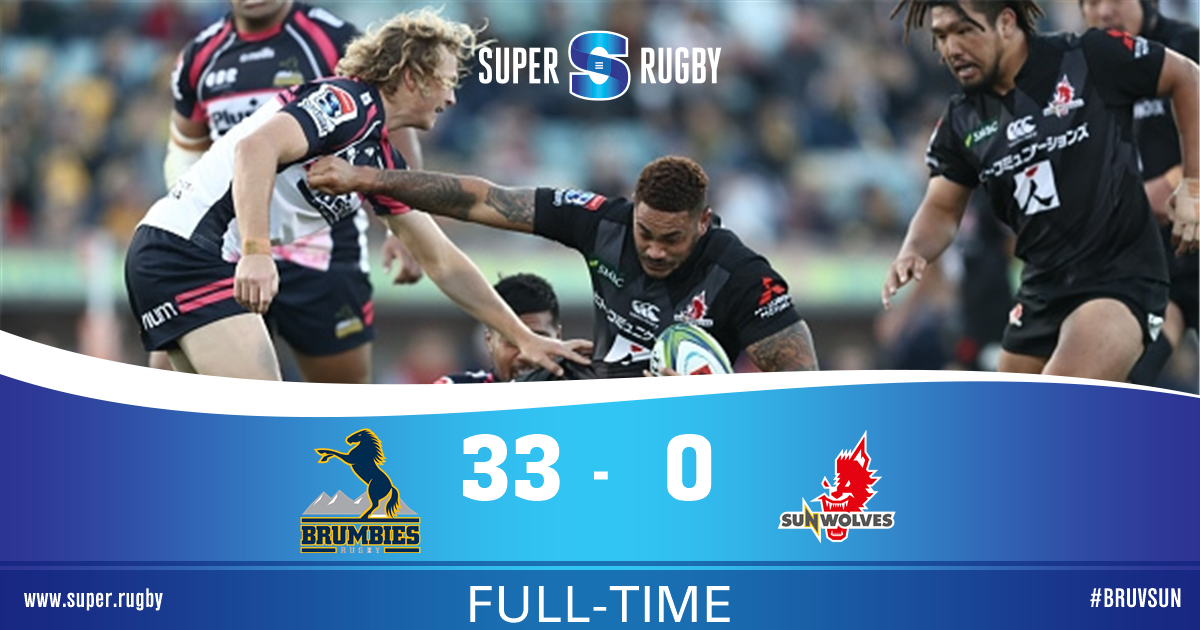