Ryan Lonergan and Len Ikitau scored the Brumbies' tries as Noah Lolesio chipped in with a conversion. The Hurricanes, who had Du'Plessis Kirifi sin-binned in the 27th minute, got on the try column through Dane Coles, with Jodie Barrett contributing a conversion and an assist.

The game was a little messy in the opening stages with both teams making mistakes.

The Brumbies took the lead in the 12th minute after a period of sustained pressure ended in Lonergan working his way over from close range. Lolesio added the extras.

The Brumbies’ first-time tackling had been superb. The Hurricanes’ big ball carriers were making metres, but not finding any gaps.

The Hurricanes responded in the 17th minute. Coles broke off a five-metre lineout and bashed through Lonegan and Lolesio to score. Barrett levelled the scores with a successful conversion from out wide.

Kirifi was shown a yellow card for a high shot to a Brumbies’ attacker shortly before the hour mark. Tom Banks kicked to the corner. The Brumbies’ driving maul was stopped before they went through several pick and drives but Barrett held up Lolesio over the goal line.

Barrett edged the visitors in front with a penalty shortly before the break but after half-time uncharacteristically pulled a potential three-pointer wide.

The Brumbies had to withstand a lot of early second-half pressure. And after some heroic defence camped in their own half the Canberrans went up the other end and notched up their second try when Len Ikitau took Nic White's inside pass and beat Luke Campbell, Ruben Love, Julian Savea and Xavier Numia to dot down. Lolesio missed the conversion as the score remained 12-10 in favour of the Brumbies.

The Hurricanes had a chance to edge ahead three minutes from time when they won a kickable penalty inside the visitor’s half. Barrett stepped up but pulled his kick well wide.

And Barrett would be gifted a second bite at the cherry to win the game when the 'Canes won a penalty after a charge down from the 22 drop-out with seconds remaining on the clock. However, the All Black back missed again to cap off a disappointing kicking performance as the Brumbies came away with the points. 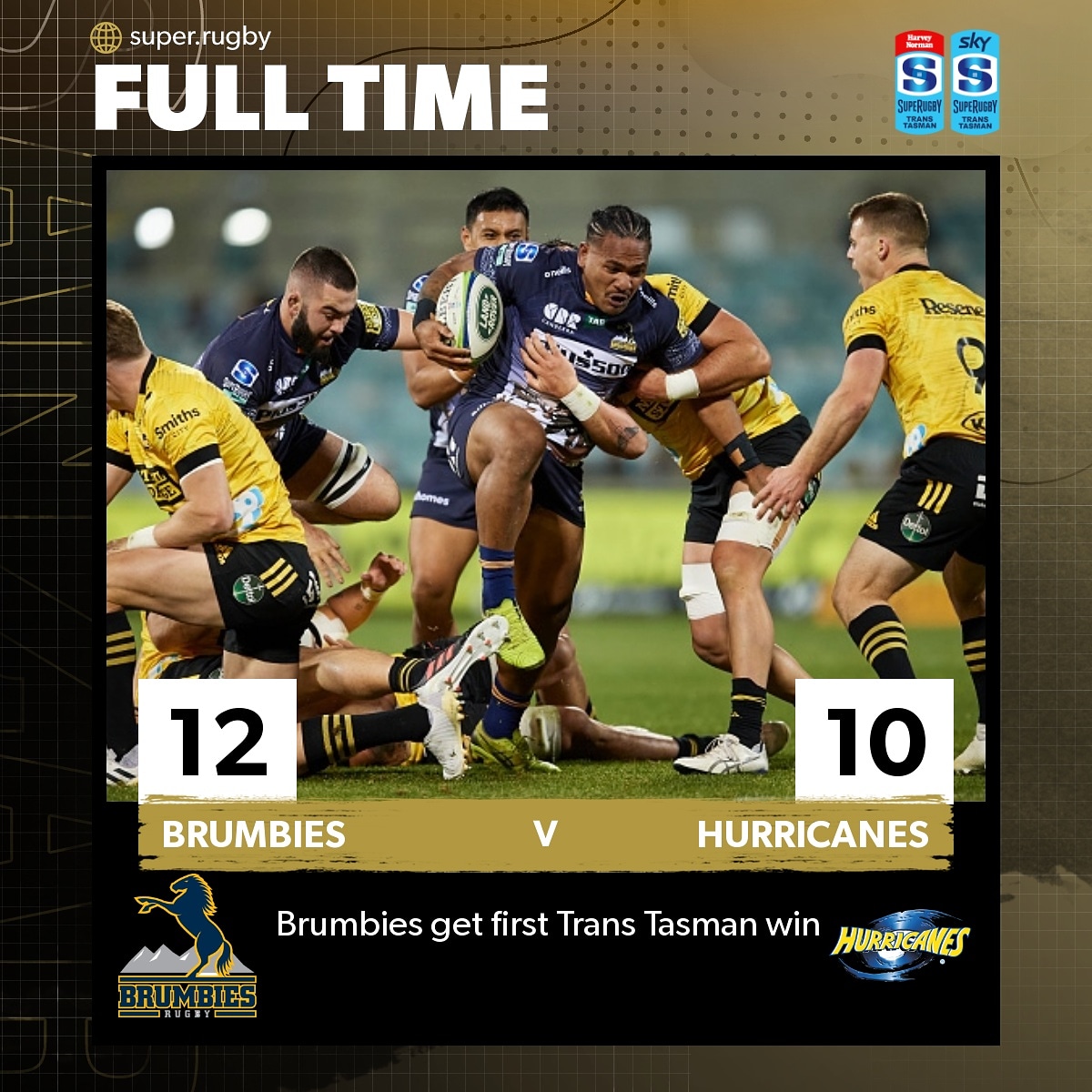