Brumbies too good for Waratahs in wet Canberra

The Brumbies produced a stunning second-half blitz to beat the Waratahs 38-11 at a rain-soaked GIO Stadium in Canberra.

Ryan Lonergan's controversial opening try combined with Andy Muirhead’s effort allowed the home side to go into the interval with a slender 12-11 lead. The Tahs kept themselves in the contest via Jack Dempsey’s try and two Will Harrison penalties.

But the Brumbies took total control in the second period and secured the win through two tries apiece from Tom Wright and Pete Samu.

The win moves them back to the summit of the Super Rugby AU table, two points clear of Reds with a game in hand, while the Tahs remain in third after a fourth defeat in the competition.

Dan McKellar’s men suffered their first loss in an Australian derby since March 2019 by succumbing to the Rebels last time out and were also facing a much-improved Waratahs side, who had secured successive victories over the Reds and Western Force.

The Tahs initially pressurised the opposition breakdown and had the better of both territory and possession, but they were unable to benefit. Their lineout malfunctioned and, with their first real attack, the hosts opened the scoring.

In truth, the visitors were unfortunate. Somehow the try was awarded by the officials despite Lonergan being clearly in front of Bayley Kuenzle when the flyhalf stabbed the ball through.

Although Harrison reduced the arrears from the tee, the Brumbies were beginning to find their rhythm and they extended their lead with a second try. This one was not in doubt as Kuenzle spotted Muirhead in space and his cross-field kick was collected and finished by the right wing.

To the Tahs’ credit, they could have folded but they kept their composure and, after Harrison was once again successful with a penalty, they scored their first try. Tom Horton was the instigator as his excellent off-load opened the space for Dempsey to sprint down the left and touch down.

It kept the Sydneysiders in the contest but they soon received a blow at the start of the second period when the Brumbies went over for the third time as Irae Simone’s brilliant piece of skill sent Samu clear. The number eight still had plenty to do but he did it expertly to give them some breathing space.

Nic White then came on to the field to mark his Brumbies return after five years abroad and was immediately influential, finding Wright with a bullet pass and effectively confirming the win.

The hosts had the momentum and they were aided by a number of Waratahs mistakes. Another lost lineout allowed the men from the capital to take advantage of a disorganised defence, with Simone breaking through and giving Wright his second.

Samu then completed his brace with another superb finish, adding to the pain for the Tahs, who were handed a heavy defeat. 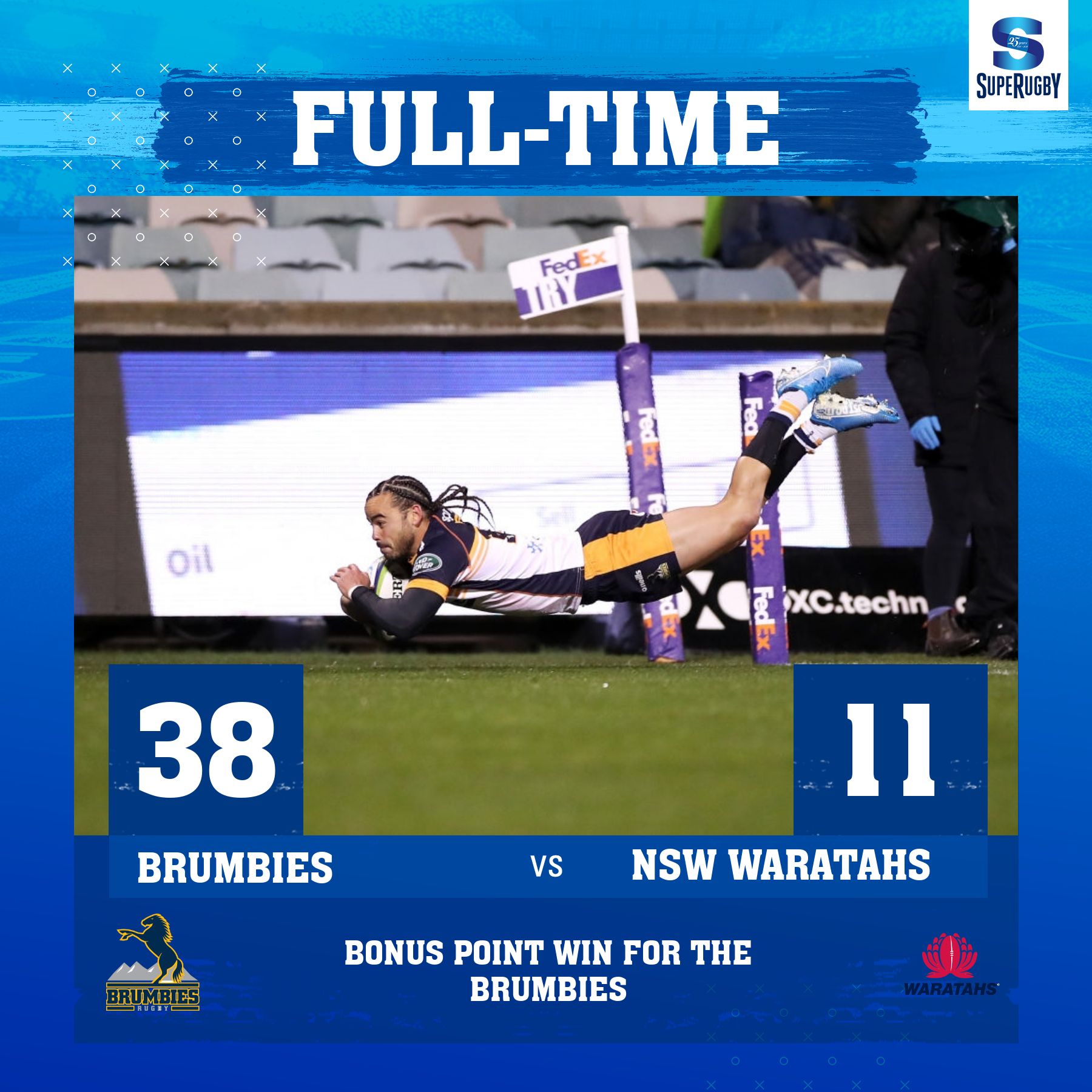