Bulls battle to draw against Blues

A spirited Blues outfit nearly pulled off a win at the death but would have to settle for a 22-all draw against the Bulls in Friday's Super Rugby clash.

Both sides scored three tries apiece with Ofa Tuungafasi, Scott Scrafton and Akira Ioane crossing the whitewash for the Blues and their other points came via the boot of Harry Plummer, who added two conversions and a penalty.

For the Bulls, Manie Libbok finished with a 12-point haul courtesy of a try, two conversions and a penalty while Hanro Liebenberg and Cornal Hendricks also scored five-pointers.

The opening half was an underwhelming affair as the match was played with heavy rain prominent throughout and there were plenty of unforced errors due to the poor weather.

To their credit, both sides gave the ball plenty of air but the atrocious conditions meant the error-ridden nature to this game continued until the end of the match.

The opening quarter was evenly contested and the sides were deadlocked at 3-3 after Libbok and Plummer traded early penalties but the game came alive midway through the half when Liebenberg gathered a pass from RG Snyman before crossing for the opening try.

Libbok failed with the conversion attempt which proved costly as the Blues responded with a try of their own in the 25th minute from Tuungafasi. Plummer added the extras which meant the home side held a slender 10-8 lead at half-time.

The home side made a fine start to the second half when Scrafton scored from close quarters shortly after the restart but the Bulls struck back in the 53rd minute when Hendricks showed his class with a well-taken try.

The Blues needed a response and that came 10 minutes later when Ioane crossed for his try after a powerful run off the back of a scrum and Plummer’s conversion meant the hosts were holding a 22-15 lead.

Five minutes before full-time Libbok glided through a gap in the Blues defence before scoring his try, which he also converted to draw the sides level at 22-22.

The Blues had a chance to secure victory when Plummer lined up a penalty in injury time but his kick was wide of the mark and they had to settle for the draw. 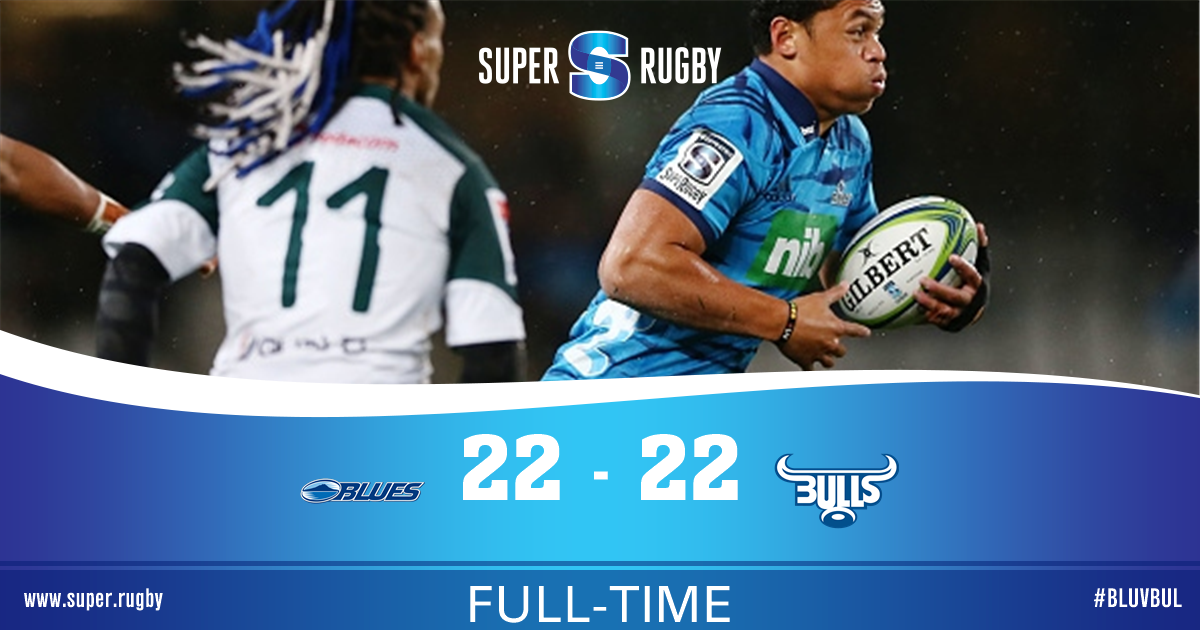