Bulls blow past Highlanders to pick up first win

The Bulls snapped a four-game losing streak with a well-deserved 38-13 win over the Highlanders in Pretoria.

The Highlanders had the better of the first half and took a five-point lead into the break, but the second half was all Bulls, as winger Rosko Specman scored an impressive hat-trick to take the game beyond the visitors.

After an enterprising start to the match, the Highlanders were rewarded with their opening try on 10 minutes. It was a simple matter of numbers out wide, as the ball was moved out quickly to Josh Ioane, who ran over unopposed and then converted his own try.

The Bulls hit back five minutes later after opting to kick for the corner and setting up a rolling maul, with Jaco Visagie carrying the ball over the line. Manie Libbok missed the conversion as the Highlanders remained marginally ahead.

The match seemed to get increasingly sloppy as the first half wore on, with both teams struggling with their handling and discipline and wasting several decent opportunities to score.

Five minutes before the break, the Highlanders earned a penalty in a kickable position and Ioane stepped up to convert as the visitors took a 10-5 lead into half-time.

Ioane would slot another penalty early in the second half to hand the Highlanders an eight-point advantage, but that seemed to finally light a fire under the hosts, who would go on to score 21 unanswered points in the space of 15 minutes to take control of the contest.

Warrick Gelant started the comeback when he strolled over after the Bulls set up a rolling maul near the Highlanders tryline.

Eight minutes later, Rosko Specman was over for another try after some patient play in the build-up from the Bulls.

It wasn't long before Specman was in again, with Gelant playing the provider this time after drawing in two defenders and making the offload.

The Bulls were on total control of the contest now, and there was time for Specman to complete his hat-trick, dotting down in the corner after collecting a pinpoint pass from substitute Morne Steyn, before Cornal Hendricks completed the rout moments before the final whistle. 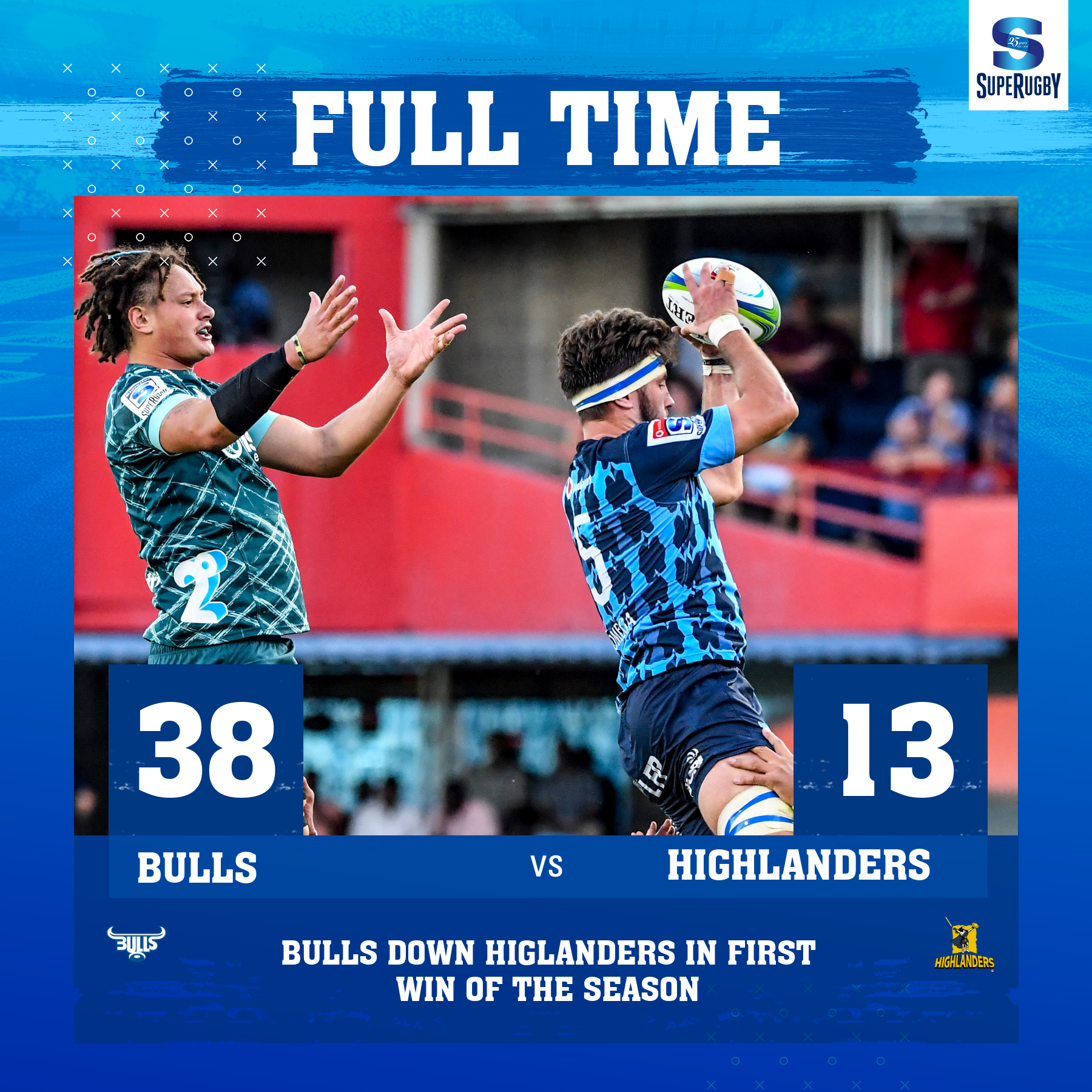