Bulls bounce back against the Reds

The Vodacom Bulls put in a dominating performance to claim an impressive 32-17 win over the Queensland Reds at Loftus Versfeld Stadium in Super Rugby on Saturday evening.

Coming off a heart-breaking 22-20 loss to the Jaguares last weekend, the Bulls clearly had a point to prove against the Australian visitors.

An early Bryce Hegarty penalty gave the Reds false hope as the home side pretty much dominated the play from then on.

Mere moments after Hegarty had given the Australians the lead John-Ben Kotze burst through the line and almost scored a magnificent solo try, but was stopped just short of the line and off-loaded for Lizo Gqoboka to cross over for the Bulls first try.

The second try, in the 23rd minute, was a classic Bulls try. A perfectly executed set piece from a lineout sent the rolling maul straight through a disintegrating Reds pack and Marco van Staden crashing over the line.

Despite their dominance, though, the home side held a marginal 13-3 lead at half time as Handre Pollard seemed to have left his kicking boots at home.

They didn't waste any time in the second half.

Less than 60 seconds after the restart, Pollard showed good strength to power through a high tackle and tumble over the line to extend his sides lead.

Then, completely against the run of play, Lukhan Salakaia-Loto broke the line and set up Samu Kerevi to give the visitors some hope.

The Bulls responded instantly and strongly with tries by Hanro Liebenberg and Pollard seemingly putting the match out of site for the home side.

However, the Reds would not go down without a fight and managed to engineer another Kerevi try, but they were nothing more than consolation prizes against a dominant Bulls outfit. 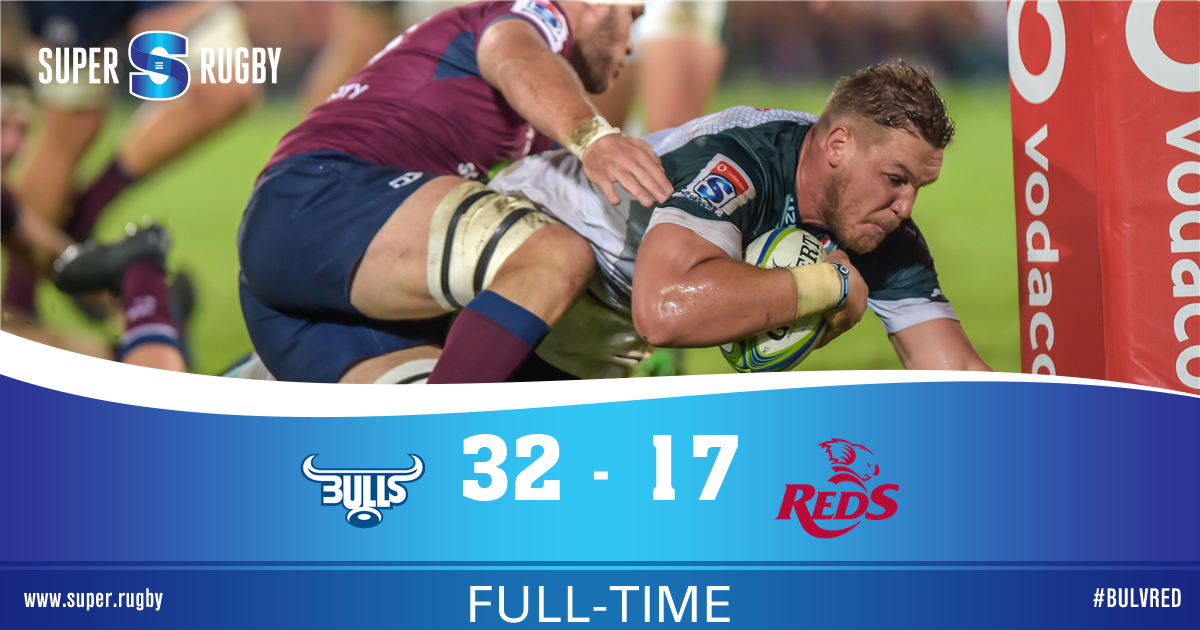