The Bulls put together a commanding performance to defeat the Lions 12-30 in Saturday’s Super Rugby derby in Johannesburg.

The Ellis Park siege continued as the Lions survived wave after wave of attacks until eventually number eight Duane Vermeulen crashed over in the 29th minute.

The Lions were forced to play with little ball from deep inside their half, but errors lead to Pollard slotting two more penalties, giving the men from Pretoria a deserved 14-0 lead at the break.

The Bulls continued to turn pressure into points, earning a kickable penalty from a line-out drive and extending their lead out to 17-0.

But the home side would finally strike at their first real opportunity following a Bulls’ handling error deep in their own half. They kept the ball amongst the forwards and eventually prop Carlu Sadie crossed the whitewash in the 47th minute.

Two more penalty attempts were slotted by Pollard - who was superb all afternoon - leaving the Lions with much work to do. But again they capitalised on what little ball they had to work with. Ross Cronje made a sniping break around the ruck the put prop Dylan Smith under the poles with an offload. With the successful conversion, the Lions were clawing their way back into the contest at 23-12.

Chasing the game, a quick line-out attempt by the Lions just ten metres out from their own line, which was disastrous. A pass was intercepted and the Bulls would take the ball through the hands to see full-back Warrick Gelant go over in the corner untouched to seal the victory. 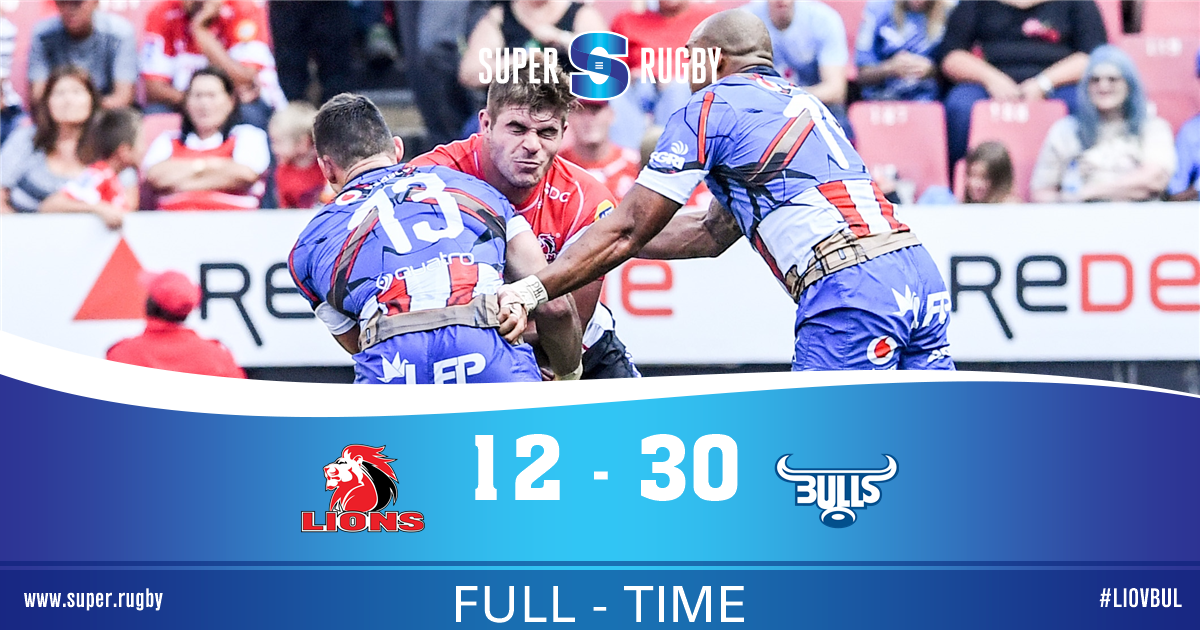