The Bulls put the Super Rugby Unlocked title beyond doubt on Saturday with a comfortable 21-5 win over the Pumas in Pretoria.

All of the damage was done during a one-sided first half that saw the Bulls score three unanswered tries to all but kill off the contest, and while the Pumas mounted a valiant fightback in the second period, it proved too little too late.

It didn't take the Bulls long to start applying the pressure with a series of attacking lineouts in the Pumas 22, and that pressure turned into points in the 11th minute when scrumhalf Ivan van Zyl opted for the short side and flung the ball out to Kurt-Lee Arendse for the opening score, duly converted by flyhalf Chris Smith.

Six minutes later, the home side were in again after once again turning down three points in favour of a kick for the corner. While the Pumas were able to sack the ensuing maul, the ball was recycled quickly to Smith, who crashed over for the try before nailing the conversion.

It took just six more minutes for the Bulls' third try to arrive, with another attacking lineout doing the trick after the visitors were penalised at scrum time. This time it was Van Zyl who spotted a gap in the Pumas defence and ran in unopposed, with his halfback partner adding the extras as the Bulls cruised into half-time with a 21-0 lead.

The Pumas were barely in the contest in the first period but to their credit, they were determined to keep fighting in the second, and eight minutes into the half they were rewarded for some good attacking pressure when a strong drive from a lineout in Bulls territory ending with hooker HP van Schoor barrelling over the line.

The conversion was missed, however, leaving the home side still enjoying a sizable 16-point advantage.

The visitors were definitely proving a much tougher opponent in the second half. The Bulls were now regularly finding their defence tested and mostly proving equal to the task, leading to a bit of a stalemate on the pitch.

The lethargic pace of the second half was not helped by constant resets at every scrum and numerous penalties conceded by both teams.

Ultimately, despite a courageous effort from a weakened Pumas side, hopes of a fightback gradually fizzled out as the Bulls held on for the win to secure the Super Rugby Unlocked crown. 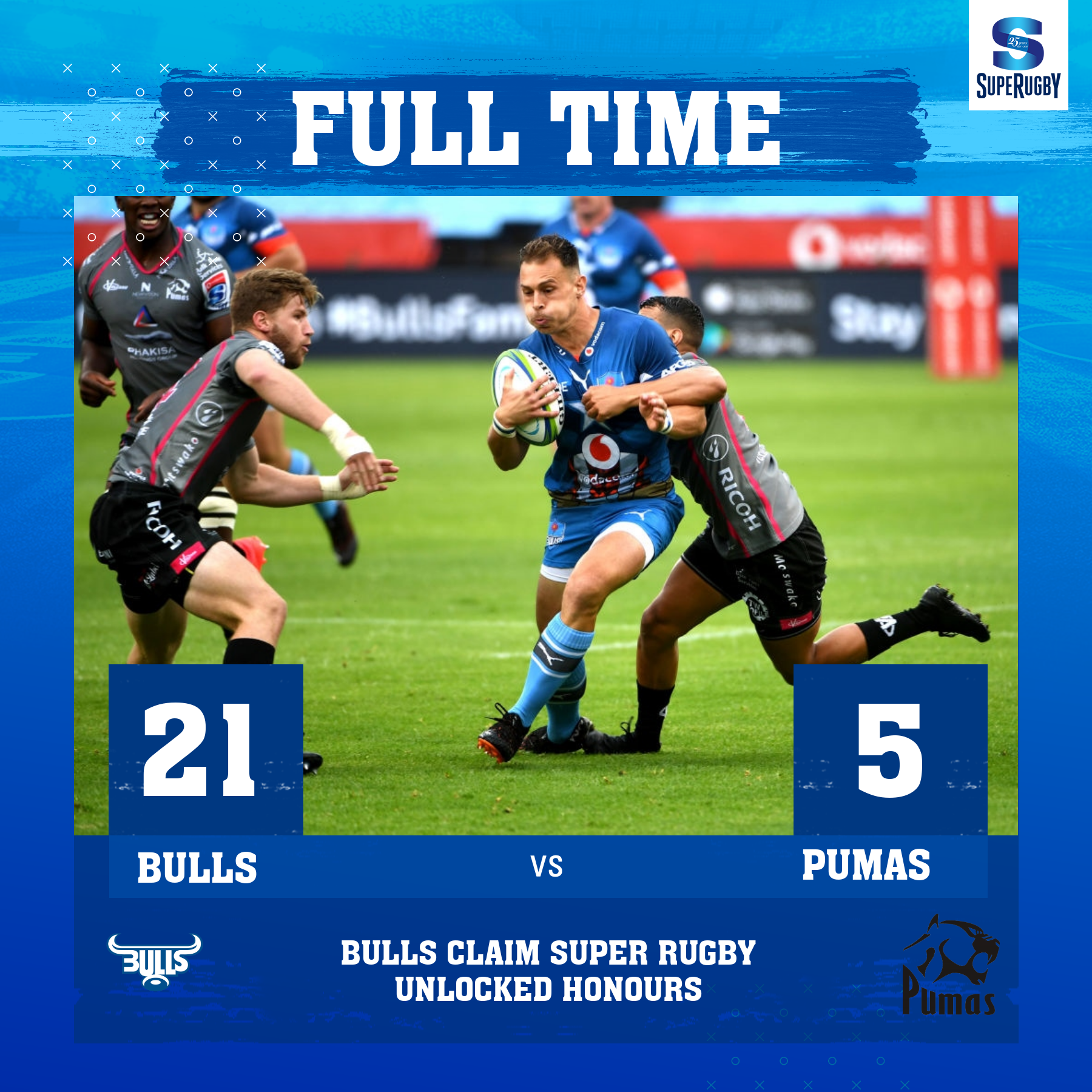