Can Jaguares Upset The Experienced Crusaders?

It was once said, "The difference between the impossible and the possible lies in a man's determination", can Jaguares overcome the statistics and create history?

After 20 weeks of exciting Super Rugby action we are down to the final two surviving teams of the 2019 season – The Crusaders and the Jaguares are all set to face off for the right to be crowned champions. How do they stack up? Let’s find out.

This will be just the third meeting between the Crusaders and Jaguares in Super Rugby history, the Crusaders winning the first two matches and only conceding three points in the first half across both of those encounters. However, the Super Rugby Final on Saturday will be the first time they cross paths in 2019, the title-defending Crusaders have not yet had to deal with this Jaguares side who have marched all the way to the final day.

Finding an offload has also proven difficult to come by for the Argentine outfit, only the Brumbies (6.2) have averaged fewer than their 6.9 per-game this campaign. This is despite their workhorse flanker Pablo Matera making the second-most offloads of any forward (22) this season, four more than the Crusaders’ leading forward Matt Todd (18). Matera has carried the ball 162 times in 2019, only three forwards have made more overall while he has almost 50 more than the Crusaders leading forward Jordan Taufua (115 carries). 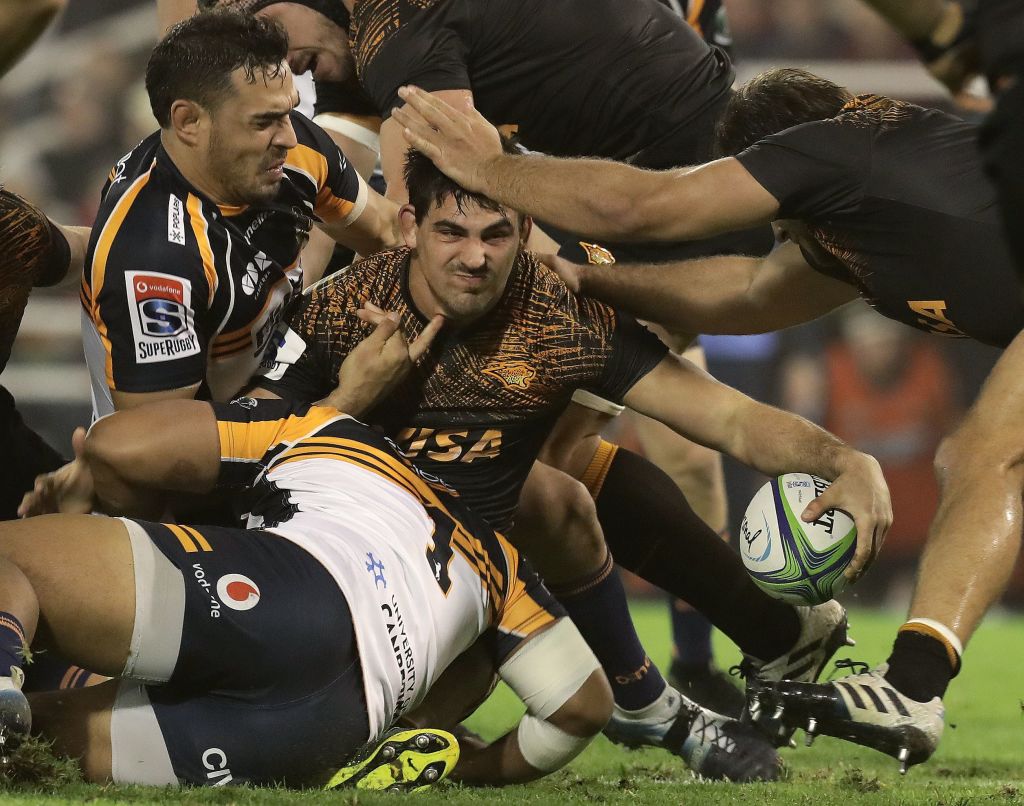 Only the Bulls’ Handre Pollard (38) has kicked more penalty goals in Super Rugby 2019 than the Jaguares’ fly-half Joaquin Diaz Bonilla (22), the Crusaders will need be wary of not conceding too many early opportunities within his range. The Jaguares will need to contend with the Crusaders’ flying winger Sevu Reece, the top try scorer (15) in Super Rugby 2019 and almost double the amount of the Jaguares’ best Matias Orlando (8 tries). Sevu needs one more to equal the record for most tries in a single Super Rugby season (16 by Ben Lam in 2018) while no player has made more than his 39 clean breaks in 2019, double the amount of the leading Jaguares’ players Sebastian Cancelliere and Emiliano Boffelli (18 each).

Only the Hurricanes (8.6) have averaged more turnovers won per-game in 2019 than the Jaguares (8.2) and the Crusaders (7.4). The Jaguares are great schemers at the lineout, their 91% success rate is bettered only by the Rebels (91.4%) and the Bulls (93.2%) in Super Rugby 2019. One man who has greatly contributed to this side of the game is their lock Guido Petti Pagadizaval, having won the joint-most lineouts (including steals) of 2019 with 85 (level with Brumbies’ Rory Arnold).

Scrum-time will be intriguing to observe given neither side has been especially proficient at it in 2019, the Crusaders ranked ninth in scrum success rates (92.86%) and the Jaguares having the lowest percentage of any Super Rugby side (85.71%).

Regardless of the result, it has been truly impressive to watch the Crusaders reach a third consecutive Super Rugby Final and the Jaguares come to make their debut on the final day in just their fourth season.