Scoring tries from set pieces is on the rise in Super Rugby and recently lineout possession appears the most rewarding...

The lineout accounted for one third of tries scored in most seasons prior to 2019; yet has been the primary mode of possession commencement in four of every ten tries scored in the 2019 campaign and even more in the curtailed 2020 edition [seven rounds]. 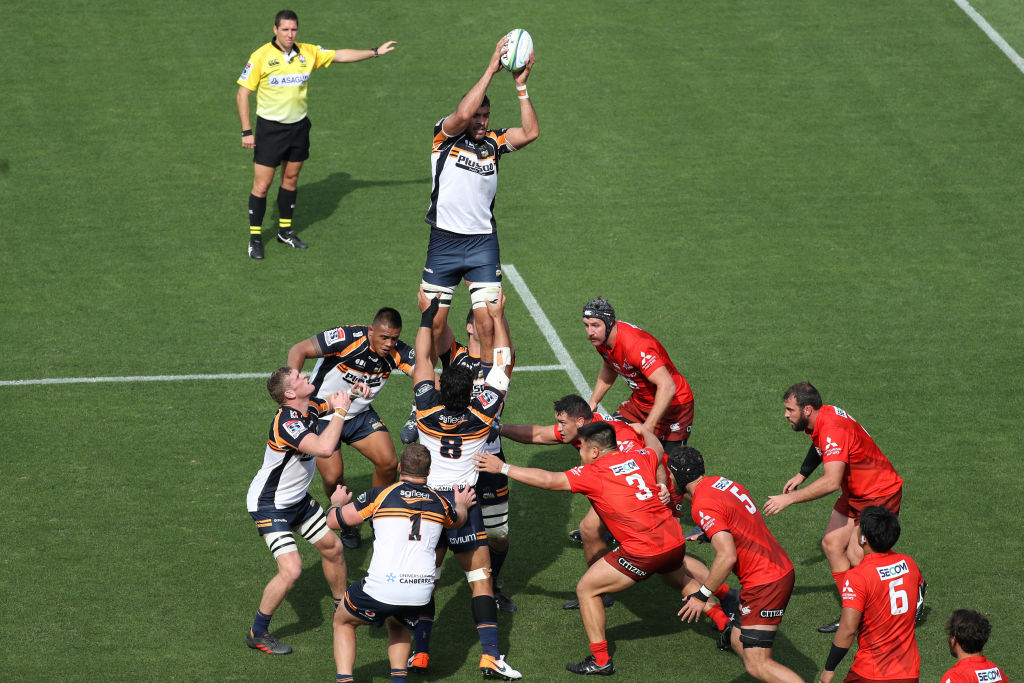 Perhaps it is because the gap is closing between the best and the rest in the competition. Teams are capitulating after an error less regularly than in previous campaigns. The last four Super Rugby seasons have seen less than one fifth of total tries scored after a team had won a turnover – compared with just one of the six previous seasons with a figure under one-in-five.

Conceding a penalty isn’t the fated prospect it used to be either. From 2011 to 2014, at least 5% of all tries in each season were scored after a team had conceded a penalty – peaking in 2014 at 8%. Since then, no season has seen more than 5% of tries scored via this mode. In fact, only 3% of the total tries scored in the 2019 and 2020 campaigns have come after a team conceded a penalty, showing an increased resilience across the competition.

Back to the lineout and we can see that possession against the run of play is not entirely on a downwards trend in the competition. Indeed, the 2020 season has seen three percent of all tries scored coming after the team had begun possession with a lineout steal – that’s the highest proportion in any season since 2016 (4%). 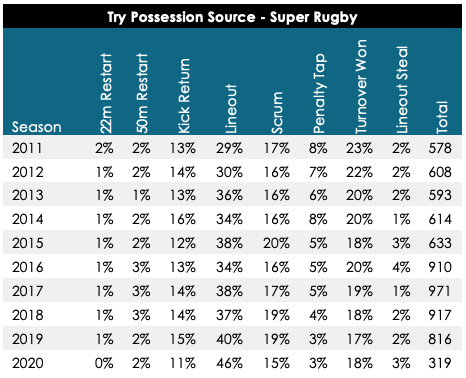 2016 was the year of the steals in Super Rugby. A competition rate of 4% of all tries being scored via lineout steals was the highest among any of the last 10 campaigns, with two teams in particular pinching pockets proficiently.