The Stormers’ play-off hopes were dealt a massive blow as they succumbed to a 15-9 defeat against the Chiefs at Newlands on Saturday.

The Chiefs have now won six of the last eight meetings between the sides and remain on course for the quarter-finals, keeping up the heat on the fifth-placed Highlanders. Meanwhile, the Stormers fall further adrift of the play-off places.

This was an unusually drab affair considering the 34-26 spectacle the sides put on at Newlands last season when Dillyn Leyds produced that out-of-this-world back-of-the-hand pass. It was the type of game in which it was always going to be won up front and the Chiefs’ pack successfully shaded it in this department, with Brodie Retallick grabbing the man-of-the-match award with an inspired performance. 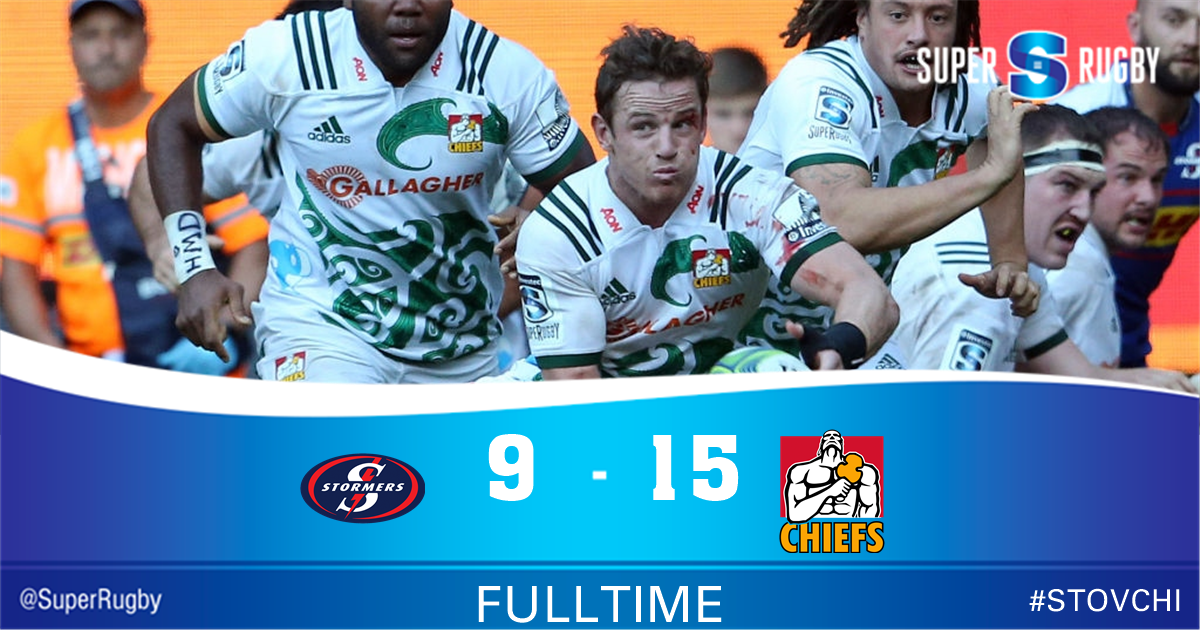 It was a generally stop-start affair with handling errors aplenty and a lot of time squandered through scrum resets and line-outs.

The Chiefs surprisingly dominated the scrum, surprising considering the wealth of front-rwo talents at the Stormers’ disposal and the Chiefs’ injury problems in that department.

Damian Willemse put the Stormers 3-0 ahead with a penalty on the quarter-hour mark after young Chiefs flanker Luke Jacobson was caught coming out the blocks too quickly on defence.

Five minutes later, Damian McKenzie used the penalty advantage to perfection, putting in an expertly weighted cross kick-pass which bounced favourably for Chiefs wing Solomon Alaimalo to collect and manage the offload for Anton Lienert-Brown to have the easy run-in to the line.

The Chiefs took a 5-3 lead into the interval.

13 minutes after half-time, Willemse wrested the lead back for the Stormers with a penalty right in front of the posts after Damian de Allende did stellar work at the breakdown to effect the turnover.

Soon after, Siya Kolisi was penalised for illegally entering the ruck from the side. McKenzie kicked to touch ten metres out from the Stormers’ try-line. From the resulting line-out, the Chiefs took the ball through a number of phases.

The Chiefs pack began to exert pressure on the Stormers scrum and were eventually awarded with a penalty try as the Stormers were guilty of repeated infringements at this particular set-piece. This meant the visitors held a 12-6 lead.

McKenzie appeared to put the game beyond the Stormers’ reach five minutes from time with a three-pointer as the home side went down by a nine-point margin at 15-6.

SP Marais made things interesting with a penalty two minutes from time but the Chiefs held on for the precious victory.