Chiefs too good for Rebels in Sydney

A sunny Leichhardt Oval in Sydney played host to the encounter, where the Chiefs punished the Rebels mistakes with running rugby.

After 15 minutes of scrappy play, the Chiefs would finally execute effectively. A line out drive took them within metres of the line and after the Rebels' forward were drawn in, Bryn Gatland sent the chip kick out wide for Shaun Stevenson to collect, who then popped it inside for his fullback Kaleb Trask.

The New Zealanders then crossed the whitewash twice in three minutes. The first came from a lineout setpiece, as the ball went through the hands to Quinn Tupaea, who added a deft touch to put his outside centre Anton Lienert-Brown in a gap. The All Black then skipped past the final defender for the try.

The minutes later, the Chiefs spread the ball wide and a good run from Trask made space which Lienert-Brown took advantage of to grab his second try of the afternoon. Gatland added the extras and the Chiefs were 19-0 up after 25 minutes.

But the Rebels 19-point comeback began with a dominant scrum from 5m out. Prop Cobous Eloff was immense as they packed down and scrummed the Chiefs off their own ball and eighth man Isi Naisarani would fall on the ball over the line for their opening points.

Thanks to some brilliant individual play from Carter Gordan, the Rebels continued to claw their way back. The flyhalf skirted around one defender and put a grubber through the defence, which he gathered then executed a no-look pass to centre Stacy Ili who went over untouched.

The comeback was complete on the stroke of halftime when Naisarani went over the line near the poles for his second with a little help from his friends in the forward pack.

The Chiefs continued to show their dominance with the ball in hand in thhe second stanza. Starting from an attacking scrum in the shadow of the poles, scrumhalf Xavier Roe passed wide to Gatland who threw a looping pass to replacement Chase Tiatia, who dove over in the corner.

Lienert-Brown was again involved in the Chiefs' fifth try. The backline continued to show their handling skills and once the ball was wide, Lienert-Brown drew two players and passed to Trask who scored his second.

But the Rebels managed to bounce back. A good run from Naisarani gave them front-foot ball and replacement Andrew Kellaway would bounce over the line after running a support line. Matt To'omua added the extras to take the scoreline to 31-25 with 20 minutes to play.

A thrilling passage of play would end with Trask tip-toeing down the touchline and finding Tiatia on his inside, who dotted down in the corner for the final score of the match. 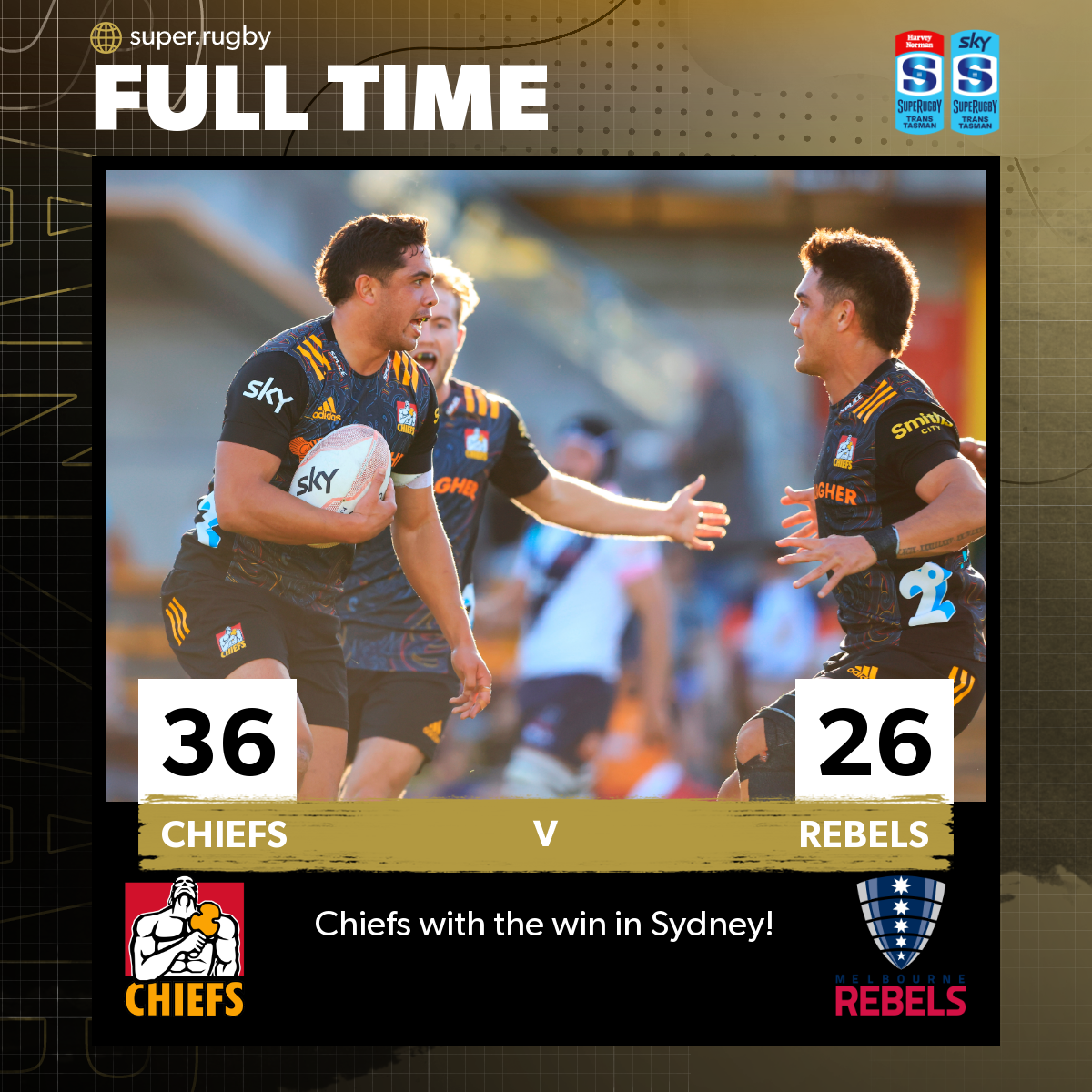