Round 4 match between Chiefs and Melbourne Rebels moved to Sunday 6 June in Sydney.

SANZAR, Rugby Australia and New Zealand Rugby have confirmed that the Chiefs versus Melbourne Rebels Round 4 match, originally scheduled for Saturday 5 June in Hamilton, is now scheduled to be played in Sydney on Sunday 6 June. This follows the extension of the Melbourne COVID-19 lockdown period as announced by the Victorian state government (Wednesday 2 June) and the uncertainty over international travel between Victoria and New Zealand. The existing travel pause implemented by the New Zealand government captures the Rebels playing group.

It had been hoped that the match could be played in Hamilton, New Zealand, a day later than originally scheduled, on Sunday 6 June, to allow the Rebels to travel to New Zealand from Australia if the various COVID-19 protocols had been lifted. However, the extension of the quarantine restrictions by the Victoria state government and the ongoing uncertainty around the Rebel's ability to fly to New Zealand has made this impossible.

The match, in line with SANZAR’s contingency planning, will therefore kick-off at Leichhardt Oval, Sydney at 15:00 local time on Sunday 6 June.

The Chiefs are already in Sydney following their match against the Queensland Reds in Townsville in Round 4. The playing group stayed on in Australia in anticipation of the extension of the quarantine and travel protocols.

SANZAR CEO Brendan Morris stated, "Despite this further disruption to Super Rugby it is great that we can reschedule world-class rugby matches with the assistance of the teams so that fans can attend or watch the action on television. Indeed, I encourage all rugby fans in Sydney to head to Leichhardt Oval on Sunday to support these two Super Rugby teams who have had to adapt their preparations under the current difficult circumstances."

"The Rebels deserve special mention as their season last year was severely disrupted to the point where they played all matches away from home, and now they have had further disruptions this season due to the unfortunate COVID-19 outbreak in Melbourne."

"This is the penultimate round for the Trans Tasman tournament and SANZAR continues to work with New Zealand Rugby (NZR) and Rugby Australia (RA) to monitor all the changing government quarantine and travel protocols, and as always we have detailed contingency plans for the last round should they be required," added Morris. 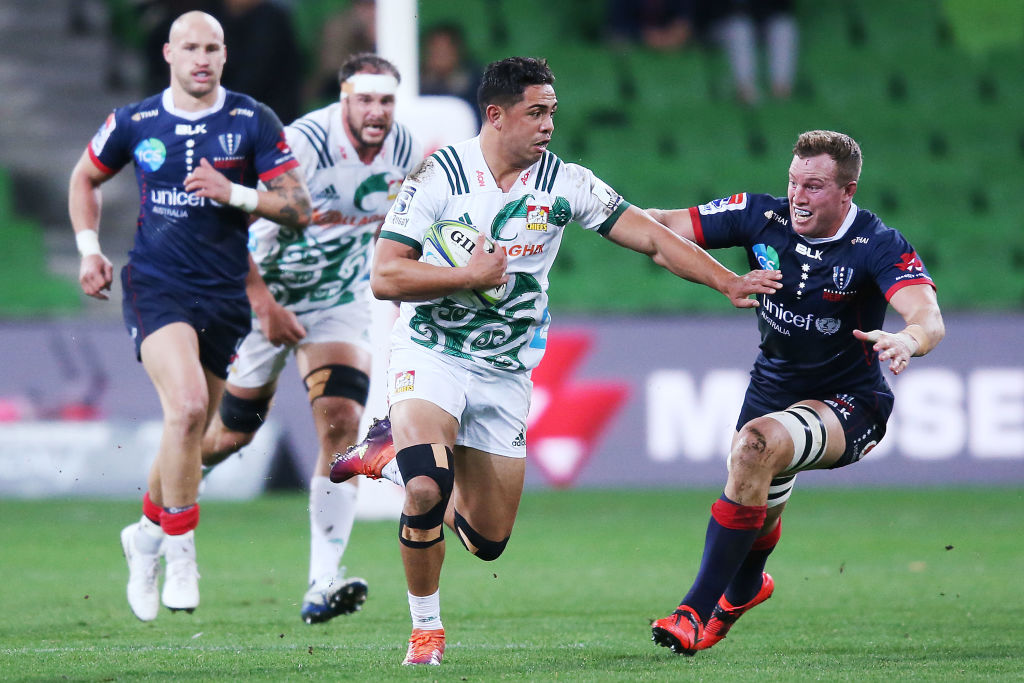 NZR General Manager of Professional Rugby and High-Performance Chris Lendrum said: “It’s disappointing that we couldn’t get the match across the line in Hamilton, but ultimately we are guided by the advice of Government and health authorities. We feel for the Chiefs and their fans and sponsors, but given the circumstances we’re grateful we can still play the match as we reach the final weeks of Sky Super Rugby Trans-Tasman.”

Chiefs Rugby Club CEO Michael Collins said: “Our Club, players and coaches are understandably disappointed we are unable to host the Melbourne Rebels in front of our loyal members, fans and stakeholders in Hamilton."

“We were hopeful through extending the kick-off out 24 hours it would allow us to have the best opportunity to play at home if the travel pause lifted. However, we have learned the unpredictable nature of the Covid-19 pandemic brings uncertainty, and we need to be adaptable.

“We feel for our fans and everyone who has been involved in preparing for the match this Sunday and we are absolutely devastated we are unable to deliver the match as scheduled. Fortunately, we are able to still play the Rebels in Sydney and know our Gallagher Chiefs team will be wanting to deliver a performance our Chiefs will be proud of.”