The Crusaders proved much too strong for the Blues with a 29-6 victory in Super Rugby Aotearoa action in Christchurch on Sunday.

The hosts got on the try column through Will Jordan (2), Sevu Reece and Codie Taylor while the Blues notched up just the two penalties from Otere Black's boot.

The Crusaders got up and running in the fifth minute through a magnificent piece of individual work from Jordan as he shrugged off two defenders and slipped another two as Richie Mo'unga added the extras.

It was all the Crusaders in the opening exchanges but the Blues were gifted the chance of a reprieve when Sione Havili Talitui was penalised for a high tackle. However, Harry Plummer missed a sitter from the tee.

In the 24th minute, Taylor knocked on the ball with a certain try on the cards for the hosts after Sevu Reece’s turnover.

Four minutes later, the 'Saders would get their second try when Reece scored in the corner after the hosts had battered away at the Blues' line.

Shortly before the half-time break, The 'Saders countered all the way to the opposition’s half and won a penalty after Mark Telea hit a ruck from the side but Mo'unga failed to make it count.

Telea was then caught offside which gave Scott Robertson's side another shot at goal before the break. David Havili stepped up but his long-range kick was short.

Mo'unga and Black exchanged three-pointers within minutes of the restart and then Crusaders hooker Taylor gave away another kickable penalty, which allowed Black to cut the deficit to nine at 6-15.

The Canterbury-based side grabbed their third try in the 69th minute to effectively kill the game off. Mo’unga kicked to the corner and the Crusaders went to their driving maul, which allowed Taylor to flop over the chalk. Mo'unga converted for a 22-6 lead.

And in the 72nd minute, Jordan beat Finlay Christie to the bouncing ball and dotted down for his second to put the icing on the cake. 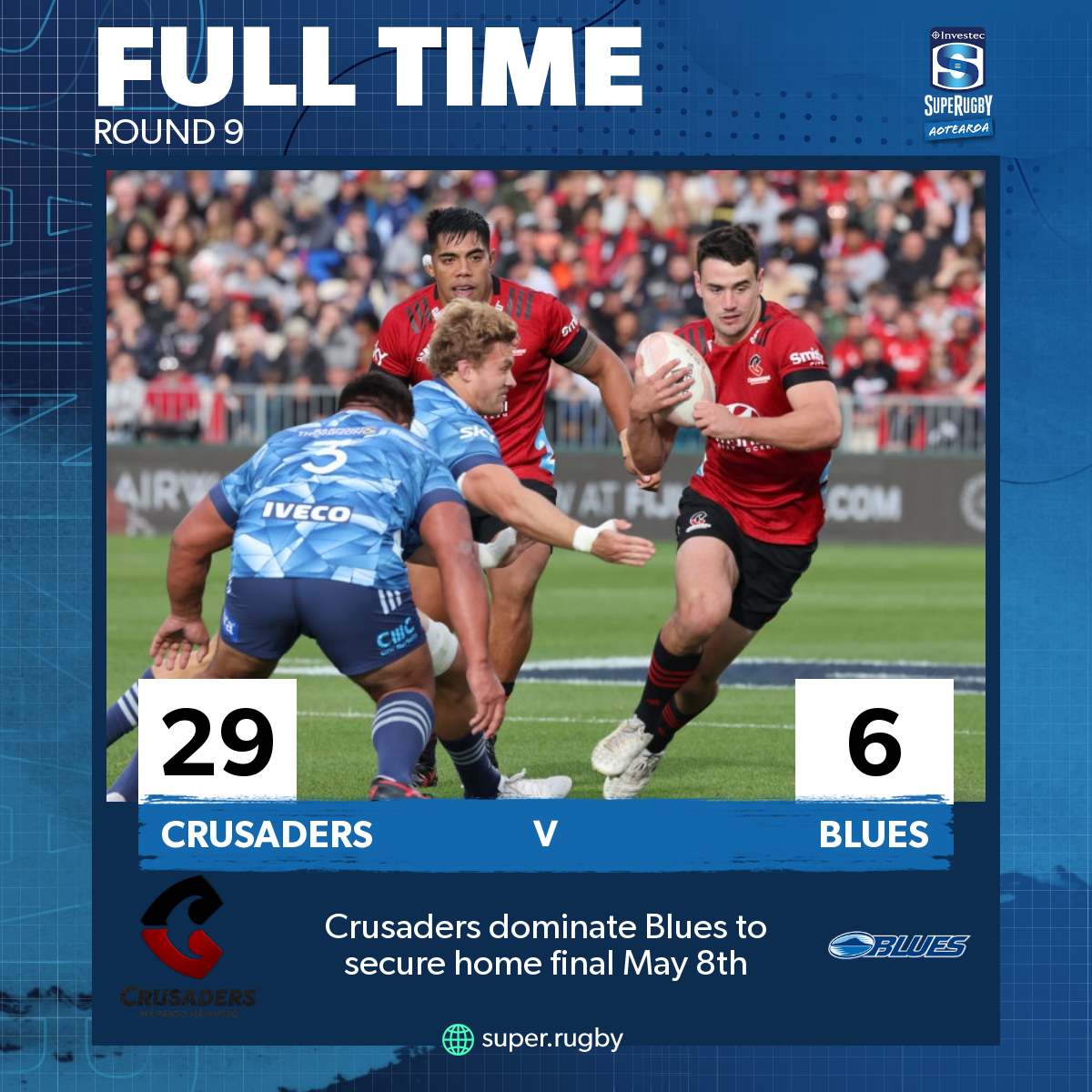