The Blues will play Brumbies as part of a world first event in a Super Rugby/NRL double-header with the Canberra Raiders and Auckland Warriors at Eden Park in Auckland.

The Vodafone Warriors and the Blues have today united the once-deeply-divided codes by jointly announcing what is believed to be a world-first rugby league-rugby union blockbuster double header to be played at Eden Park in Auckland on Saturday, March 21 next year.

The mouth-watering back-to-back games will not only bring the NRL and Super Rugby competitions together on the same day and stage, but it will also pit Auckland’s two oval ball clubs against their Australian capital counterparts. 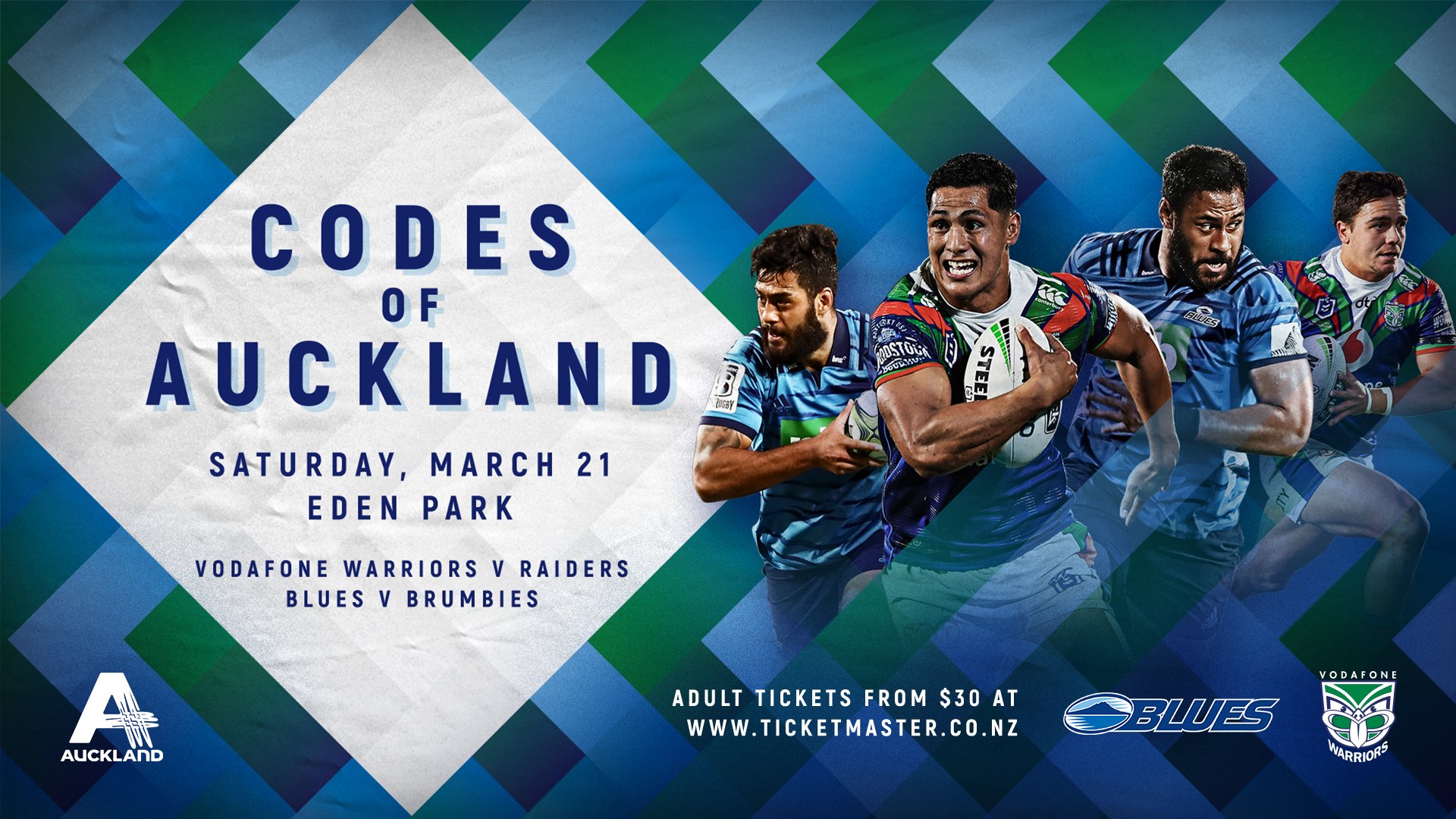 The “Codes of Auckland” event will kick off with the Vodafone Warriors facing beaten NRL grand finalists the Canberra Raiders at 5pm followed by the Blues taking on Super Rugby semi-finalists the Brumbies at 7.35pm.

Months of discussions between the Vodafone Warriors, the Blues, Auckland Tourism Events and Economic Development (ATEED), the NRL and NZ Rugby have resulted in the two codes combining in a manner previously thought impossible.

“We have much in common as professional teams in international competition and we know that we have fans that follow both clubs,” Vodafone Warriors CEO Cameron George and Blues chairman Don Mackinnon said in a joint statement.

“Both clubs have worked together in recent years when the opportunity has arisen, and we have been trying to make this idea work for a couple of years.

“This year we trialled a single ticket promotion to both of our games on the same weekend and fans from both codes absolutely loved it.

“With both clubs playing Canberra teams on the same weekend, it was the perfect chance to give it a go. It’s exciting and innovative and gives the Vodafone Warriors and the Blues the unique opportunity to celebrate some of the best sporting entertainment that Auckland has to offer.”

The Codes of Auckland announcement is another example of Auckland leading the way with innovative sporting events for both locals and visitors to enjoy, and was welcomed by Auckland city authorities as well chiefs from both codes and Eden Park management. 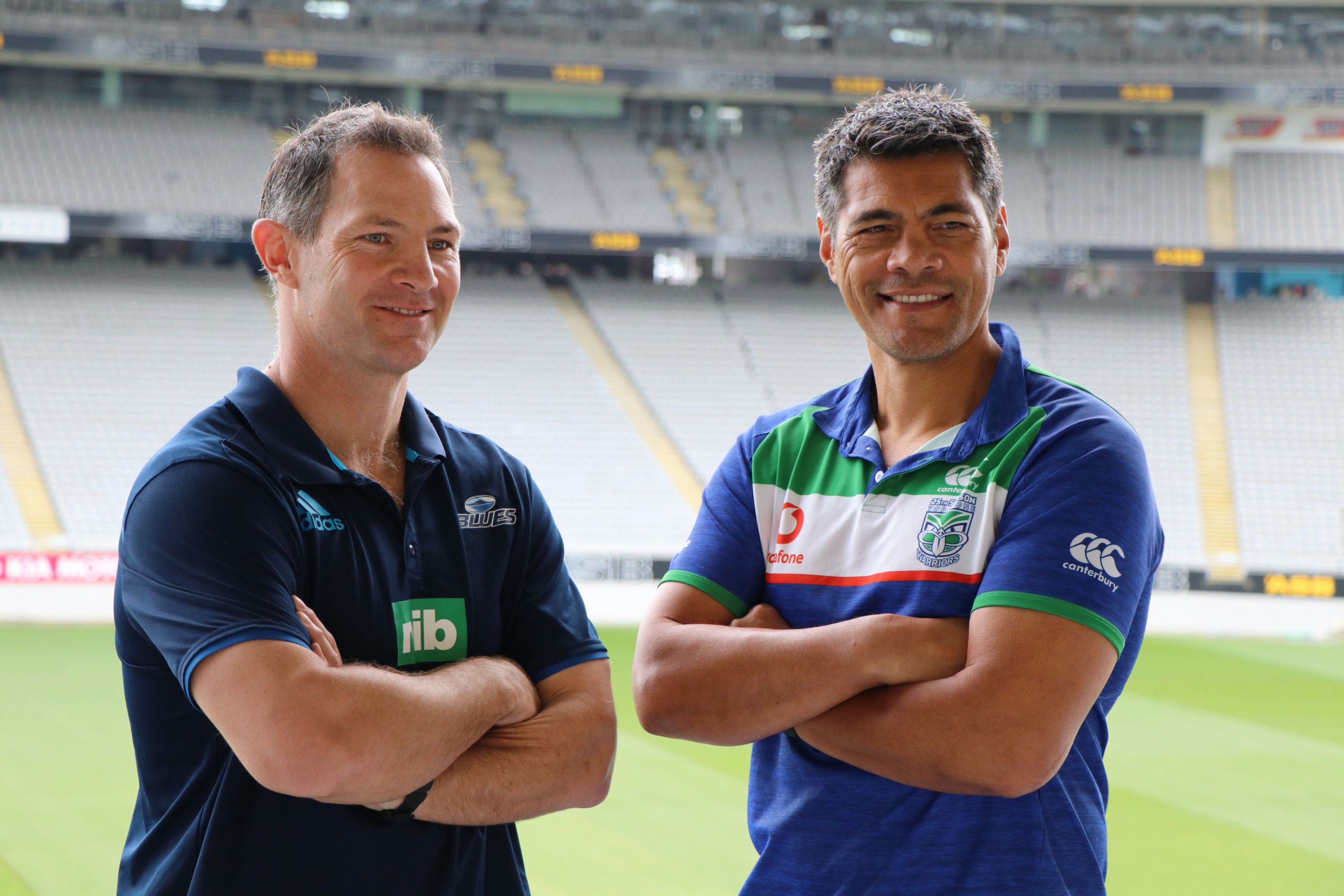 “This day is one example of how Auckland seeks to offer its residents and domestic and international visitors a unique experience.

“Last year, ATEED supported the rugby league double header at Mt Smart Stadium as part of our focus on stimulating increased visitation out of Australia, and we hope that this event will prompt a strong contingent of Brumbies and Raiders supporters to hop across the ditch.”

Eden Park CEO Nick Sautner said the innovative event would give sports fans a special incentive to be at the stadium on March 21 next year.

“New Zealand’s national stadium was built for crowds of all sizes and demographics so an opportunity to host fans of both the Blues and the Vodafone Warriors in our 116-year old home is inspiring. We look forward to showcasing the stadium’s diversity and providing Kiwis with another great reason to visit Eden Park,” he said.

The match against the Raiders will be one of the Vodafone Warriors’ 10 home games played in Auckland next season – the other nine at Mount Smart Stadium – while their other two home fixtures have been confirmed for the NRL’s Magic Round at Suncorp Stadium in Brisbane and at SKY Stadium in Wellington on June 27 where they’ll take on the North Queensland Cowboys.

The encounter with the Raiders will be the Vodafone Warriors’ seventh home game at Eden Park, six years after their last there which was also against Canberra. Their first was against Parramatta in 2011 followed by Manly in 2012 and the Sydney Roosters in 2013 before three games there in 2014.

Meanwhile, the Blues will host eight home games in Investec Super Rugby in 2020 with the “Codes of Auckland” clash their fourth of seven games at Eden Park with Whangarei hosting the game against the Jaguares.