Four teams now look to book a table at the Super Rugby 2018 Final and it’s time to look at the trends of just what the semi-final stage might have in store for those clubs.

This weekend will see the 45th and 46th semi-finals in Super Rugby history played out with all four teams bringing a different dynamic to the penultimate stage.

Only nine of the previous 44 semi-finals in Super Rugby history have been decided by a single-figure margin, with the last eight seeing an average margin of 18 and a lowest margin of 12. Semi-finals have seldom been tight affairs in the final moments of the game across the competition’s history, with four of the last eight semi-finals seeing one side fail to break into double digits.

Home field advantage is of course critical to success at this stage as well. The home side has an 82% win rate in Super Rugby semi-finals, while the last team to win a semi outside their home nation was the Highlanders in 2015 (35-17 vs Waratahs).

For those playing their countrymen, home field advantage is even more prominent. There have been 16 derbies at the semi-final stage in Super Rugby history, with all but two of those games seeing the home team on the day progress to the big dance.

The first semi-final between the Crusaders and Hurricanes will be the 12th all-New Zealand fixture at this stage, and the third season in a row that it has occurred. In fact, it will be the fourth time that these two squads have met in the penultimate knockout round, with all three previous games won by the hosting Crusaders. 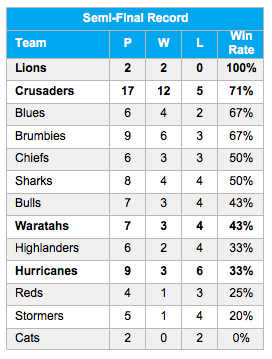 The Crusaders are by far the most experienced team in the post-season among all who have plied their trade in Super Rugby. Only the Lions (100%) have a better win rate than the Crusaders (71%), though they have played far fewer games.

The Crusaders have won 12 of their 17 previous semi-finals, which is more than any other team in the competition has even played at this stage.

At the other end of the ledger are this weekend’s away teams, with the Waratahs (43%) and Hurricanes (33%) both having won fewer than half of all their previous semi-finals. 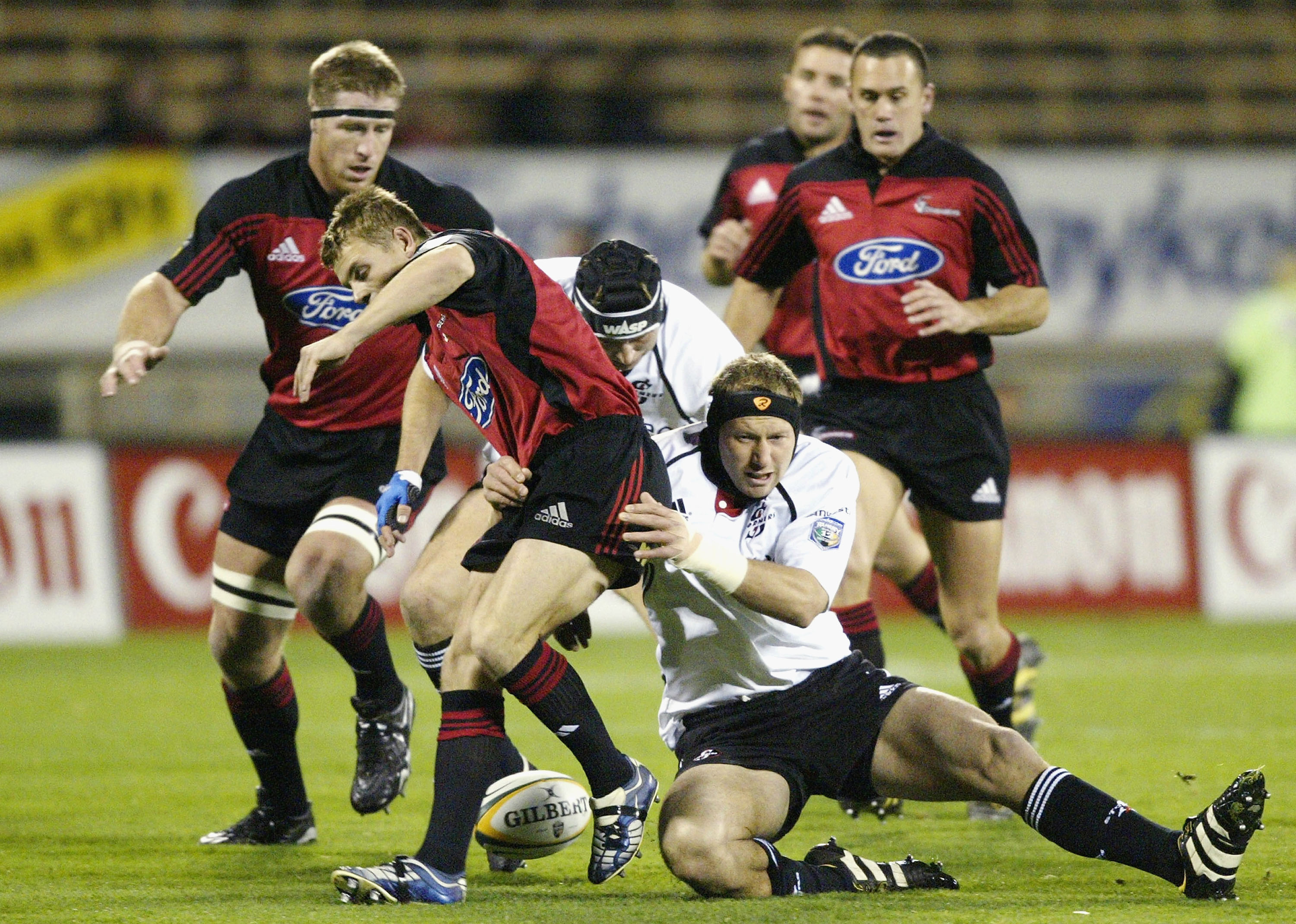