This weekend’s action sees all but four teams asked to show us what they’ve got against foreign opposition and these games could well prove to be the most crucial when deciding the final standings.

There’s plenty of comfort to draw from a national derby in Super Rugby - familiarity and shorter travel times being chief among them. However, this weekend’s action sees all but four teams asked to show us what they’ve got against foreign opposition and these games could well prove to be the most crucial when deciding the final standings.

The Lions - just one point off the lead in the South African conference - have hit their stride more comprehensively against foreign opposition than any other team in the competition. 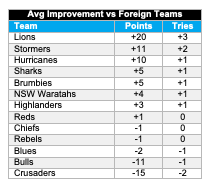 Indeed, the Johannesburg side have scored an average of three tries and 20 points per game more when playing teams from outside South Africa than when they have played against their fellow countrymen. 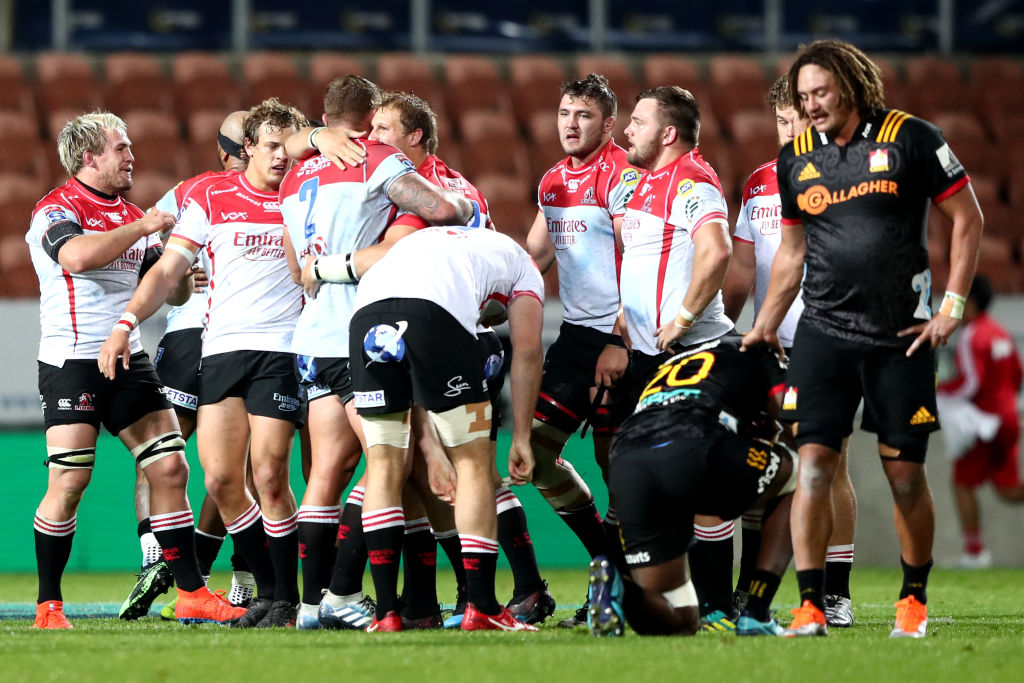 The Stormers (+11 points per game) and Hurricanes (+10) are the next two best teams in this regard, rounding out a club of three teams who have averaged at least 10 points more scored per game against foreign teams than they have in local derbies.

Surprisingly, it’s the ladder-leading Crusaders who have taken their foot of the accelerator more than any other team against foreign opposition. The Christchurch side score an average of 15 points fewer per game against teams from outside New Zealand than they do in their local derbies. The Bulls (-11) are the only other team to have a negative differential of greater than two. 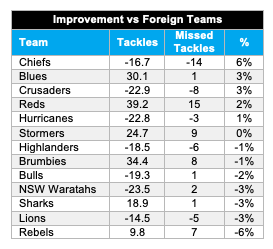 Without the ball in hand, no team has shown such improvement as the Chiefs when facing foreign opposition. Winless in their first three New Zealand derbies of the 2019 Super Rugby campaign, the Chiefs have since hardened their claim for a finals position this season with impressive turns of form against a variety of teams. The Hamilton side’s tackle success rate jumps an impressive six percentage points against teams from outside New Zealand - an improvement twice as large as any other team in the competition. They average 14 fewer missed tackles per game in such fixtures, but far the most of any team.

Fellow New Zealand outfits the Blues (+3%) and Crusaders (+3%) are the next most impressive teams in this regard; the New Zealand conference commanding in its defensive efforts against outside clubs thus far in Super Rugby 2019.

The same cannot be said for the Rebels, however. The Melbourne outfit have averaged almost as many more missed tackles (7) than completed tackles (9.8) against foreign teams than they have in Australian derbies. Likewise, the NSW Waratahs (-3%), Sharks (-3%), and Lions (-3%) have failed to impress against teams from outside their home nations.

Super Rugby Round 11 sees just two local derbies take place, with the Hurricanes hosting the Chiefs before the Bulls visit the Stormers on Saturday - all other completing teams will need to take their trade to foreign opponents.