The Crusaders started like the champions they are, scoring their first try in the 7th minute. After securing clean line-out ball, they built through ten phases before centre Jack Goodhue chipped a superb cross kick to waiting winger Byron Ennor who scored.

The visitors doubled their lead just minutes later when they broke out of their own 22m via Goodhue, who put full-back Will Jordan away to dot down in the corner.

The Reds finally hit back via captain Samu Kerevi, who crashed over after a line-out deep in the Crusaders half.

Bryce Hegarty converted the try and the home side went down the tunnel just 10-7 down despite being dominated in territory and possession by the mercurial New Zealand outfit.

Early in the second stanza, a powerful line-out drive saw lock Whetu Douglas fall over the line for the Crusaders and Richie Mo'unga finally found his kicking boots to slot the conversion, taking them to a 17-7 lead.

Under constant pressure, the Reds went down a man after Lukhan Salakaia-Loto was yellow carded for repeated offences. This lead to another pushover try for the Crusaders, with Jordan Taufua bagging the fiver.

Liam Wright would go over under the poles for the Reds but the try was disallowed upon review, with JP Smith holding back a defender to create the gap.

But the home team did finally cross the whitewash once more for a consolation try, with veteran Scott Higginbotham crashing over in the corner for a good team try. 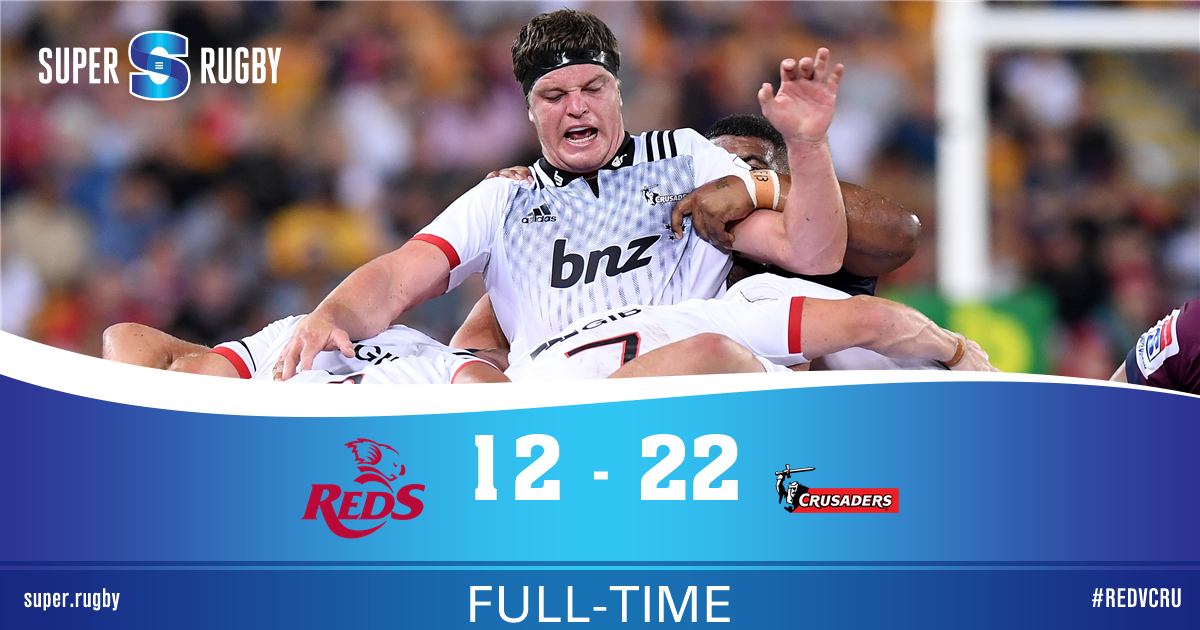