Crusaders On A Mission 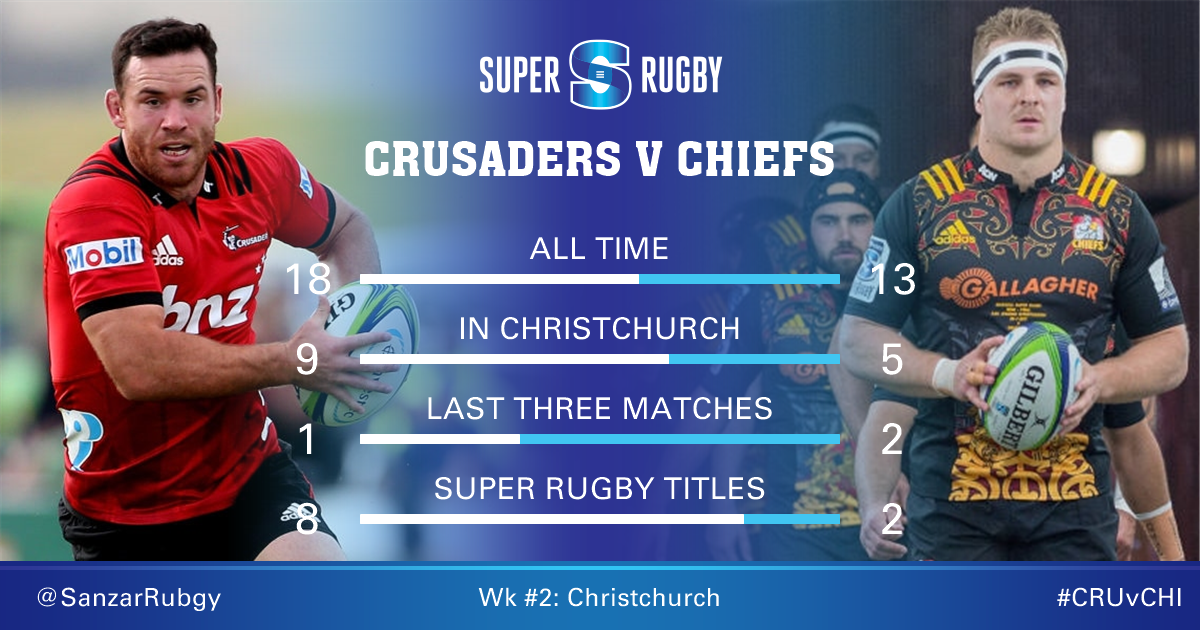 As we enter week two of the 2018 season and the bulk of the teams join the action, there is already one mouth-watering tie which catches the eye. With 10 Super Rugby titles between them, including three of the last six, the Crusaders and Chiefs are familiar foes and look set to kick off their campaigns with a domestic derby classic.

Overall the Crusaders have won 18 of their 31 clashes against the Chiefs in Super Rugby history (L13), including nine of their 14 meetings on home turf. An average aggregate points total of 46 across these meetings should set the scene for a pulsating encounter this weekend, albeit one the home side will probably start as favourites for.

That being said the Crusaders were undefeated at home in 2017 and their nine-game winning streak on their own turf is their best since an 11-game streak from 2012 to 2013. In fact they have won seven of their last eight games against fellow New Zealand opposition; four of those wins coming after they were level or trailing at half-time, so don’t write them off at the break if they aren’t on top.

Hitting their stride early has been a signature of this current Chiefs side, they have opened each of their last five Super Rugby campaigns with a win, after doing so just once in the eight seasons prior, if they can continue this theme this weekend then it will be a great springboard for 2018.