Crusaders bounced back in style with a impressive 32-8 win over the Hurricanes at the Westpac Stadium Waikato.

After suffering a shock defeat to the Waratahs in Sydney last weekend, there was some pressure on the Crusaders but they delivered a fine all-round effort and dominated most facets of play.

By contrast, the Hurricanes’ performance was error-strewn and they battled to contain the Crusaders who eventually outscored their hosts by four tries to one.

David Havili was in fine form for the champions as he scored a brace of tries and Will Jordan and Braydon Ennor also crossed the whitewash. Their other points came via the boot of Richie Mo’unga, who slotted three conversions and two penalties.

For the Hurricanes, Ngani Laumape scored a try and Jordie Barrett kicked a penalty.

The Hurricanes made a bright start and opened the scoring courtesy of Barrett’s long range penalty in the seventh minute. That was the only time the home side would hold the lead as the Crusaders soon took control of proceedings and Jordan scored the opening try in the 16th minute after pouncing on a mistake from Ben Lam close to his try-line.

And in the 24th minute, the visitors extended their lead when Chase Tiatia failed to deal with a high kick from Havili just outside the Hurricanes’ 22. Havili gathered the bouncing ball and had an easy run-in for his first try.

In the 31st minute, the Crusaders were reduced to 14 men when Matt Todd was yellow carded for making contact with TJ Perenara when the Hurricanes scrum-half took a tap penalty close to the visitors’ try-line.

Shortly afterwards, the Hurricanes were rewarded when Laumape ran onto a pass from Ardie Savea off a lineout deep inside Crusaders territory and crossed for his side’s only try.

Despite that score, the Crusaders finished the half stronger and another Mo’unga penalty gave them a 17-8 lead at half-time.

The Crusaders stepped up a couple of gears on attack after the break while the Hurricanes committed a plethora of unforced errors as they tried to haul in the champions.

Havili crossed for his second try shortly after the restart before Ennor got his name onto the score-sheet when he cantered in for his side’s bonus-point try in the 51st minute.

The rest of the half was evenly contested but the Crusaders sealed their win when Mo’unga added another penalty in the 72nd minute. 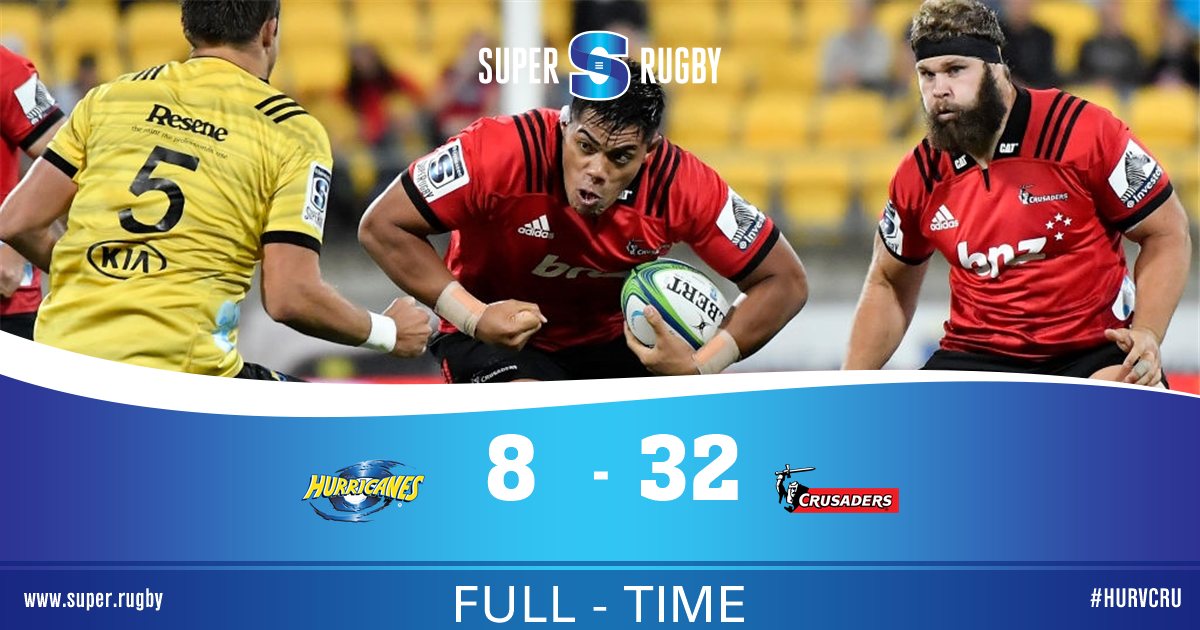