The Crusaders continued their Super Rugby romp, winning their 19th match in a row with a 57-28 thumping of the Chiefs.

The Chiefs’ loss puts a huge dent in their campaign, as they remain winless after four outings, languishing at the bottom of the competitive New Zealand conference as a result.

Mistakes from the mercurial Damian McKenzie lead to the opening two tires for the hosts. Debutante Sevu Reece perfectly read a Mckenzie cross-kick which enabled a counter-attack, then minutes later he would intercept a McKenzie pass to score his first try.

With much of the usual suspects in the Crusaders pack out injured, they were under pressure at scrum time. That pressure lead to the Chiefs opening score via backrower Taleni Seu.

But the Crusaders bounced back swiftly with a brace of tries from full-back Will Jordan and opne to powerful hooker Andrew Makalio, all converted by Richie Mo'unga to stretch the lead out to 33-7 at the half.

A try from prop Michael Alaalatoa in the opening minutes of the second half was cancelled out by Chiefs’ left winger Etene Nanai-Seturo, who benefitted from another strong scrum effort.

The Crusaders buried the Chiefs with a brace of tries from talented replacement hooker Codie Taylor and another to scrum-half Bryn Hall.

In the dying embers of the match, the visitors earned two consolation tries via new signing Jack Debreczeni and Mitchell Brown. 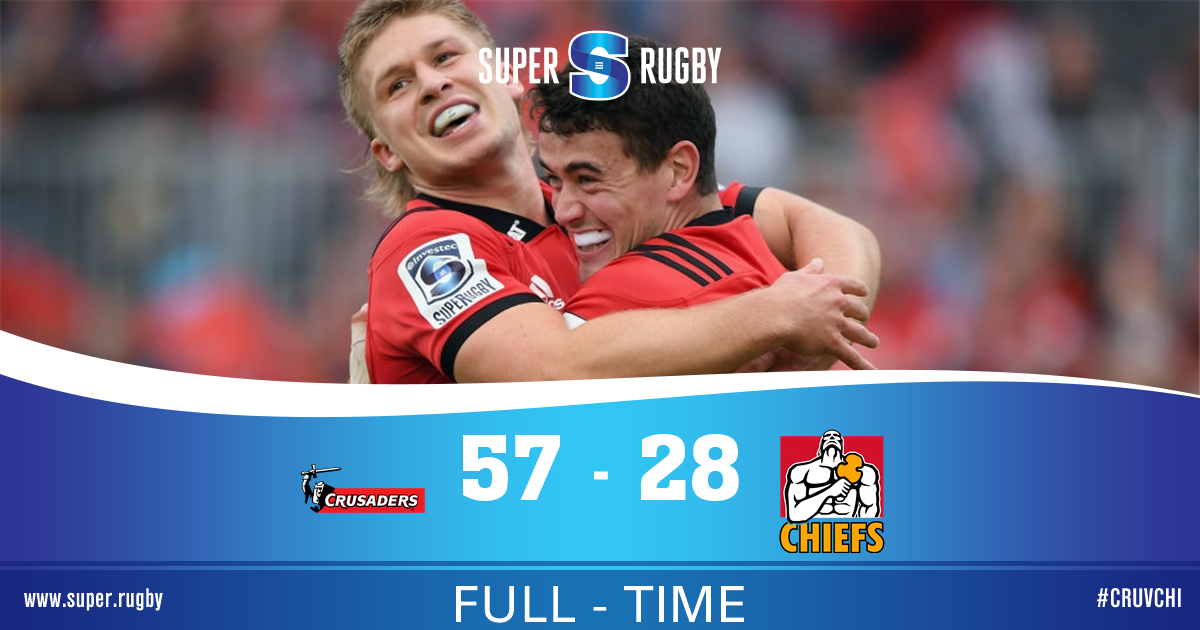