For many the local derbies are the jewel in the crown of Super Rugby and they are often tough brutal encounters and we look at the teams who thrive on such contests.

There have been 854 intra-country derbies played out in Super Rugby since the competition began in March 1996 – not including cancelled games – and they’ve continued to evolve and provide the foundation for an exciting international competition.

They’ve been the domain of the home team despite clubs sharing common soil among their countrymen, but the tussles have been tight. South Africa clashes have been tighter than any other, with an average of just 3.5 points deciding a South African derby in Super Rugby. However, the biggest ever winning margin in a derby also belongs to the South African conference. The Bulls’ ran roughshod over the Stormers to a 75-14 win in Round 12, 2005, the biggest ever win in a derby in the competition. In fact, three of the five biggest wins in Super Rugby derby history have been among South African counterparts. 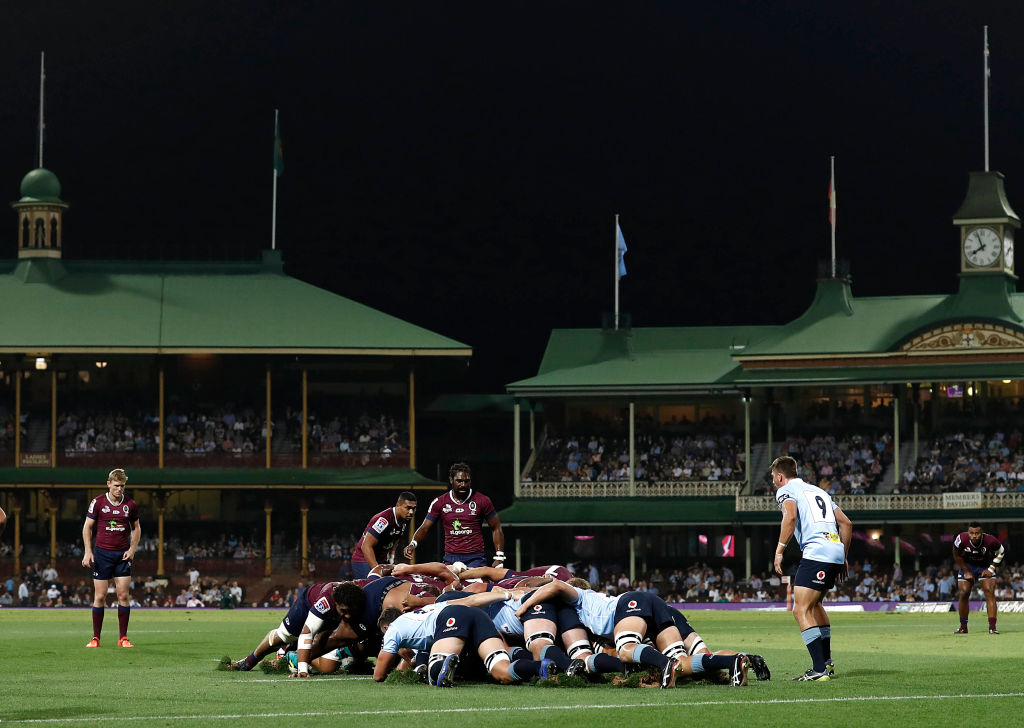 The Crusaders (64%), Brumbies (63%) and Stormers (59%) are the leaders of the three multi-team nations in Super Rugby in terms of their win-rate in derby games. The Crusaders sit atop the competition, but it’s the Brumbies who have been the most ruthless in their exploits. The side from the Australian capital have an average points differential of +7.2 across local derbies – the best of any team in the history of the competition and one of only two teams (Crusaders) with an average differential of five or more. 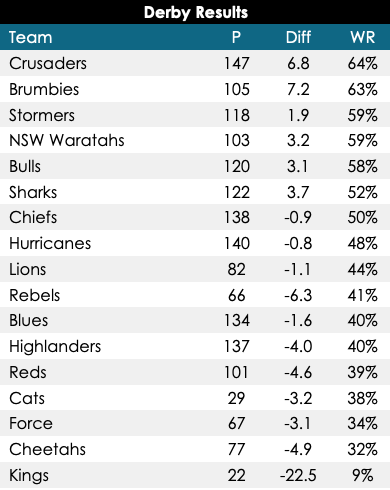 Among active teams, none have struggled as much as the Reds to keep up with their local opponents. The Reds have won just 39% of all Australian derbies they’ve contested.

Mastery of one’s own domain is critical in mounting any successful challenge to the Super Rugby title, and today we’ve figured out just which teams have consistently given themselves that best chance.