The Hurricanes backed up last week’s Super Rugby win at the Jaguares by beating the Sharks 38-22 at Sky Stadium in Wellington on Saturday.

For the Sharks their try-scorers were Michael Tambwe, Tyler Paul and Mzamo Majola with Boeta Chamberlain and Sanele Nohamba adding points.

The opening 40 minutes was hugely entertaining as both outfits had come to play, going in at 17 points apiece with two tries on the board for each.

Barrett opened the Hurricanes’ points account on six minutes via a penalty goal before the Sharks thought they had struck back in style with a score from prop Juan Schoeman. However, that was chalked off by the officials due to an earlier forward pass from full-back Aphelele Fassi.

They did not have to wait long for a seven-pointer though as an intercept from Lukhanyo Am deep in his own 22 led to Tambwe racing over for 7-3.

It was hardly smooth sailing for the visiting side in terms of personnel, as pre-game alterations were followed up by Makazole Mapimpi and then Chamberlain failing their HIAs. Nohamba came on for the latter at ten and slotted in seamlessly, impressing with his pace and goal-kicking.

The end-to-end action continued when the Hurricanes scored due in part to a dominant scrum on 21 minutes, which helped create room out wide for Goosen to enjoy a run-in for 10-7. But a quick hit back from the Sharks saw flanker Paul barge his way over to reclaim the lead at 14-10.

Next it was Laumape to go over with his try on 28 minutes coming from a Barrett cross-kick in the Hurricanes’ half, with the centre putting on some footwork to beat the last man. However, Nohamba would respond off the kicking tee before the break as the sides went in all square.

That did not last long as Lam got the scoreboard ticking four minutes into the second half, showing what a threat he is on the kick return with a score from near to halfway. Barrett’s extra two moved the Hurricanes into a 24-17 buffer before Coles made his entrance off the bench.

Lam was over again six minutes later as another cross-kick paid off for the hosts, his second try converted by Barrett to extend the hosts’ cushion.

And the result was sewn up on 66 minutes when 31-17 became 38-17, hooker Coles crossing at the tail of a line-out drive, converted by Barrett.

The Sharks did respond soon after as they capitalised on a loose Hurricanes line-out in their own 22, with Majola scoring to make it 38-22 which denied the hosts the try bonus-point. However, they will be pleased with the result and their response since that Round One disaster.

In the early match on Saturday, the Chiefs made it three wins out of three as they beat the Sunwolves 43-17 in front of close to 19,000 fans. 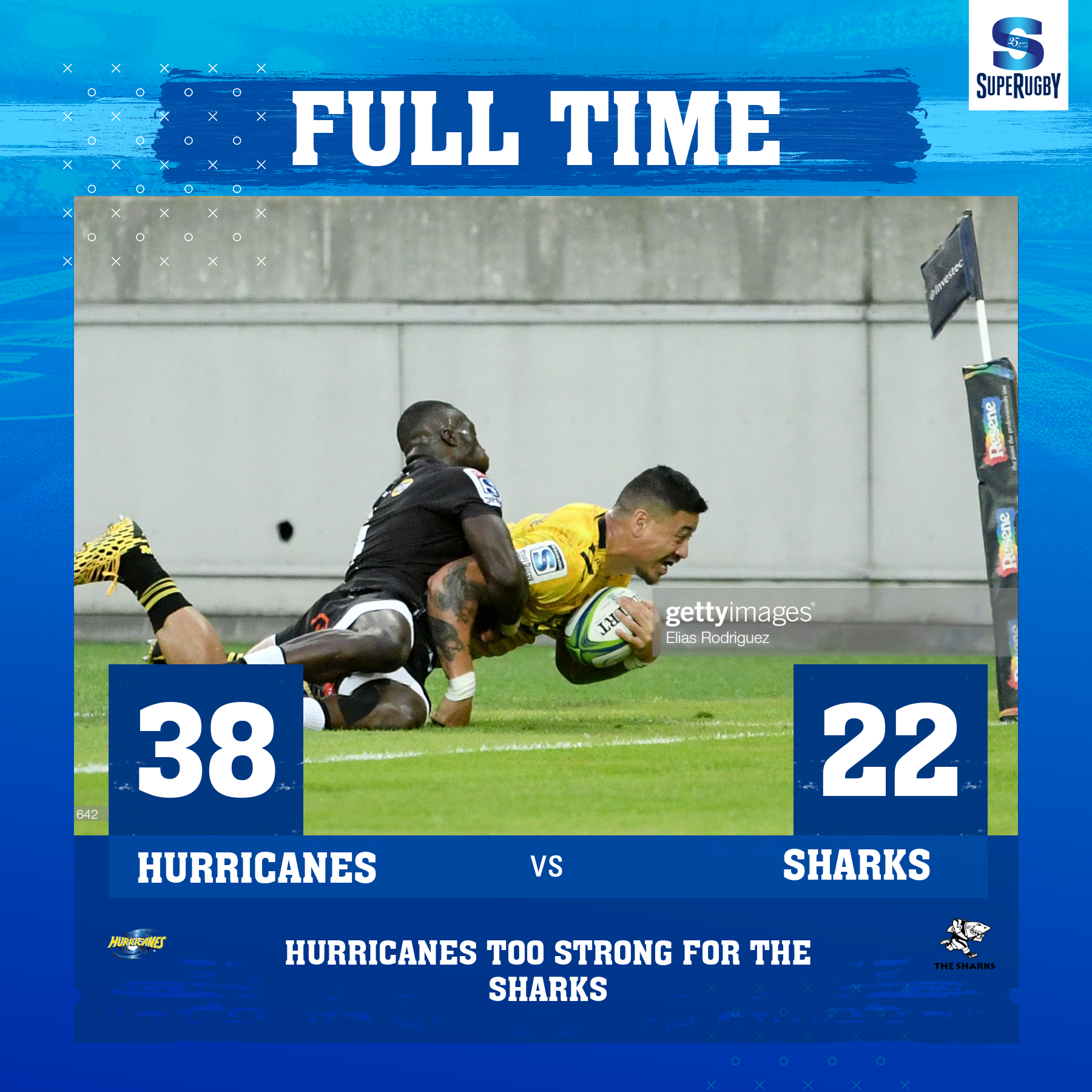