SA Rugby has confirmed that Rassie Erasmus will spearhead a streamlined but experienced Springbok management team until the end of the 2023 Rugby World Cup, as the former Springbok captain will combine his Springbok coaching duties with his current role as Director of Rugby at SA Rugby.

The 45-year-old Erasmus takes over the national coaching duties from Allister Coetzee, who was in charge of the Boks during the past two years. His three assistant coaches will be Jacques Nienaber, Pieter de Villiers and Mzwandile Stick, while Aled Walters will join the management team as Head of Athletic Performance.

Nienaber previously served as a Springbok defence coach for a short stint under Coetzee before joining Erasmus at Munster in 2016. De Villiers worked as scrum consultant under former Springbok coach Heyneke Meyer from 2012 to 2015, while Stick was a member of the 2016 Springbok coaching staff before his involvement with the Junior Springboks last year.

Walters, who has considerable international experience gained from working in Australia, New Zealand and Ireland, joins the team from Irish side Munster, where he was their Head of Athletic Performance.

According to SA Rugby CEO, Jurie Roux, the changes to the Springbok management team are the result of a very thorough review process of the 2017 season.

“The Springbok team is our flagship brand and the on-field performances have a direct impact on the business of SA Rugby,” said Roux.

“Following a very detailed review process of the 2017 season, I believe that we have managed to assemble a strong and experienced Springbok coaching and management staff. We are looking forward to see improved performances this season.”

The first task awaiting Erasmus will be to prepare the Springboks for a once-off match against Wales in Washington DC and a tough three-Test Castle Lager Incoming Series against England, currently ranked number two in the world.

Erasmus, who re-joined SA Rugby at the end of 2017 following a brief but successful stint at Munster, described his new appointment as a tremendous honour.

“It is a huge task to coach the Springboks and I am very privileged,” said Erasmus.

“I really believe we have the players and the rugby IP (intellectual property) to turn things around and to mount a serious challenge at next year’s Rugby World Cup.

“We have 18 Tests and just under 600 days until Japan 2019 and although a lot of planning has already gone into our Rugby World Cup preparation, it is very important that we prepare thoroughly for the matches against Wales and England in June.”

Erasmus said he is delighted with the composition of his management team and said he will utilise the expertise of consultants and local coaches when needed: “I will call on our franchise coaches to assist me from time to time because they, after all, work with the players for the most of the time.” 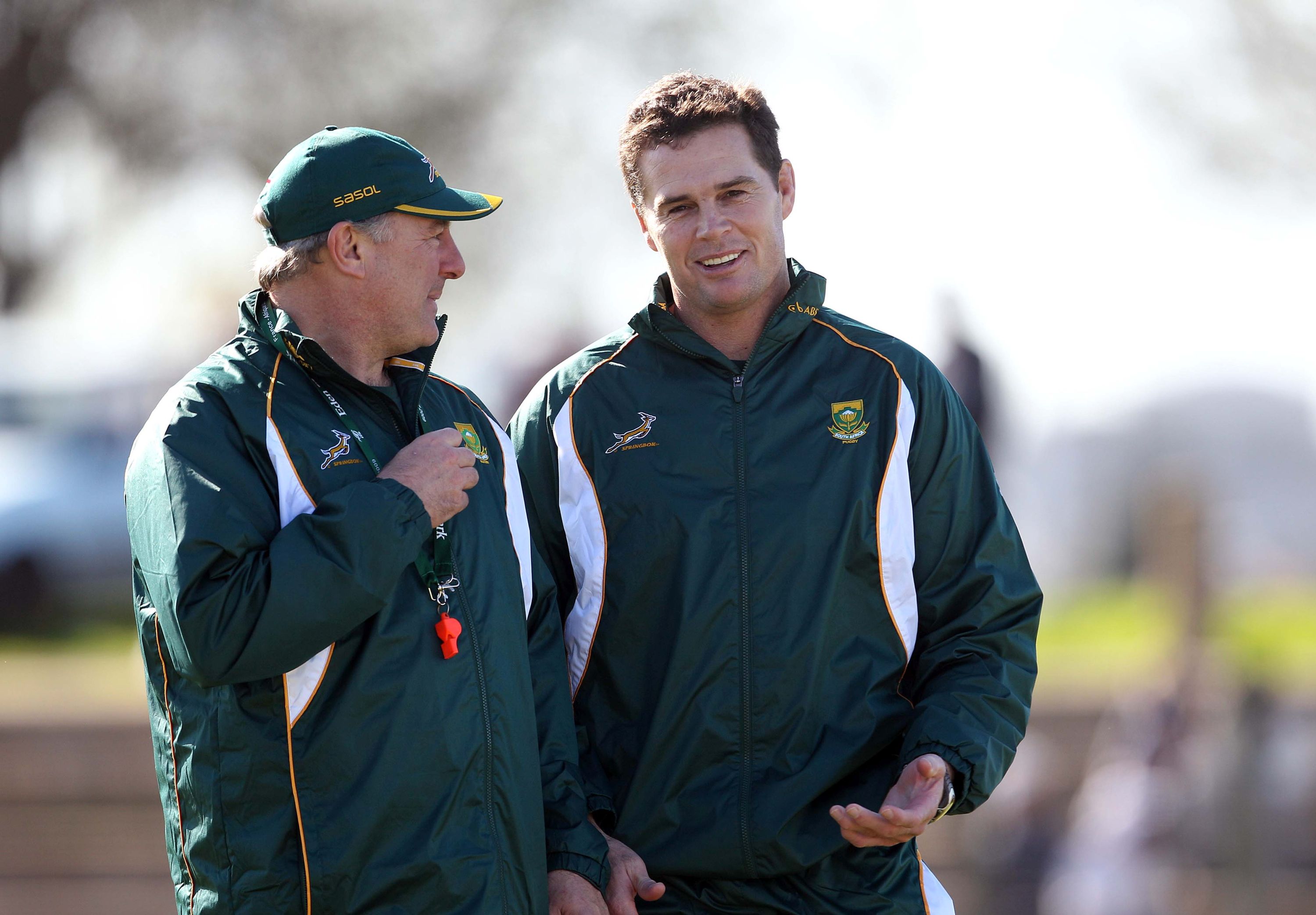 Furthermore, two other experienced former staff members return to the new-look Springbok management set-up, namely Charles Wessels (Head of Operations) and Rene Naylor (physiotherapist). Both of them performed duties for the Springboks at the 2011 and 2015 Rugby World Cup tournaments, and bring with them a wealth of experience.

Ian Schwartz, Springbok Team Manager from 2012 to 2017, recently took up a position in the Strategic Performance Management department at SA Rugby while Matt Proudfoot, who was the Bok scrum coach under Coetzee and a valuable resource to SA Rugby, will be redeployed.

The Springbok management team is: