Everything About The Lineout

We take a comprehensive look at the lineout in Super Rugby 2020 [to round 7] and team preferences and efficiencies...

Where to throw to? When the hooker positions themselves to throw the ball into the lineout, they must survey the situation before them and assess the best option for their team. Different teams have different strengths in their lineout composition, as we look at what each team’s best options have been so far in the 2020 Super Rugby season.

The Blues [pictured below] have won the most (33) of any team at the front of the lineout in this Super Rugby season so far, one of just three sides to have won 30+ at this position (Jaguares – 31 and Reds – 30). Although, the Chiefs boast the best success rate (27/27 – 100%) of any side in the campaign in this regard, with only the NSW Waratahs (24/25 – 96%) also enjoying a rate above 95%. Looking in the middle it is the Brumbies and Rebels who have won the joint-most lineouts (36 each) at this position in the season so far. It’s interesting to note the Rebels have 15 more wins in the middle of the lineout than they have at the front (21), the biggest disparity of any Super Rugby team in 2020. The Bulls have the best success rate (23/24 – 96%) of any team in the middle. 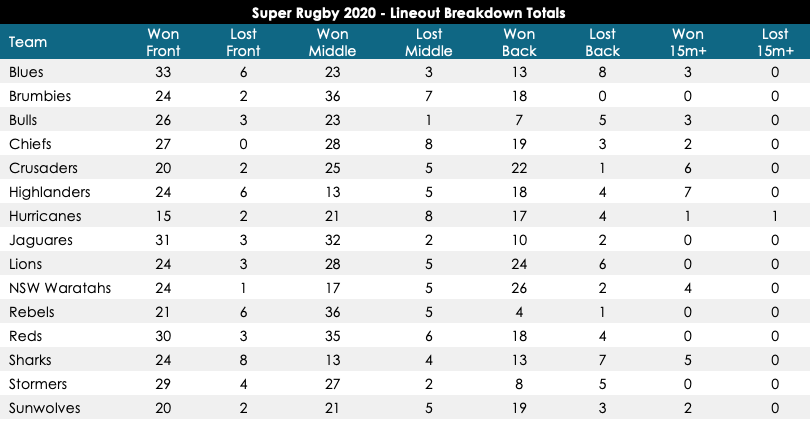 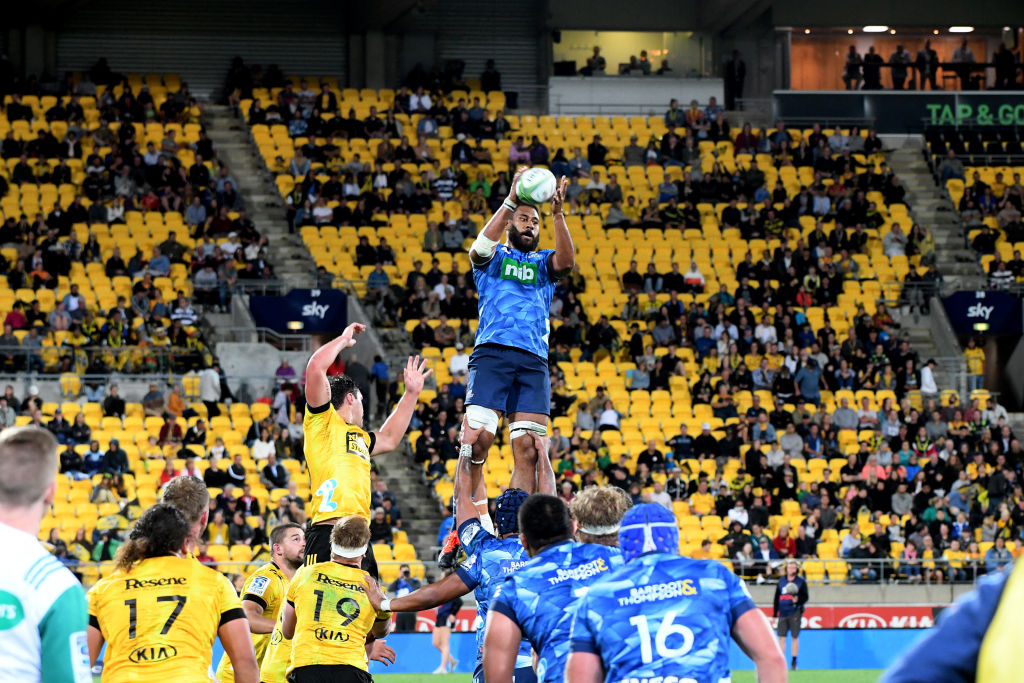 Looking at lineouts in the opposition 22 specifically, the Blues (12), Lions (12), Jaguares (12), Reds (11) and Bulls (10) are the only teams to have won 10+ throwing at the front of the pack. However, the Jaguares stand alone as the only side with a 100% success rate (12/12) at this range. The Brumbies are the only team to have won 15+ lineouts (17) in the opposition 22 from throws to the middle corridor, three more than the next best side (Rebels – 14). The Sunwolves (10) are the only side in the 2020 Super Rugby season to have already reached double figures in lineouts won in the opposition 22 from the back corridor, with the Chiefs having won the most such throws (9/9) of any team with a 100% success rate. 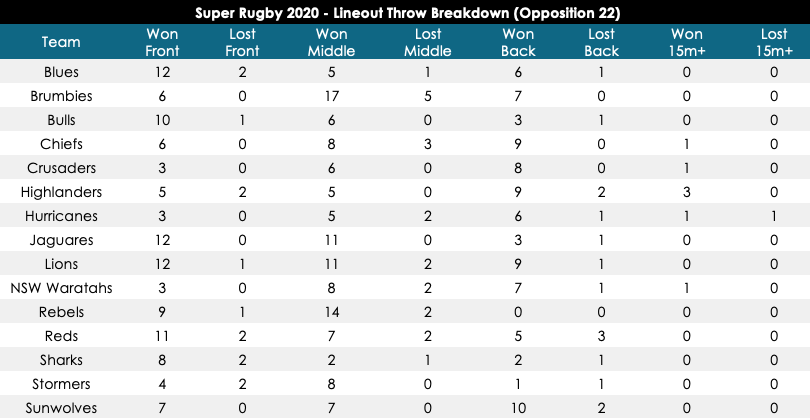 Each team has their favoured options at the lineout – it’s all about capitalising on those strengths and building towards success.